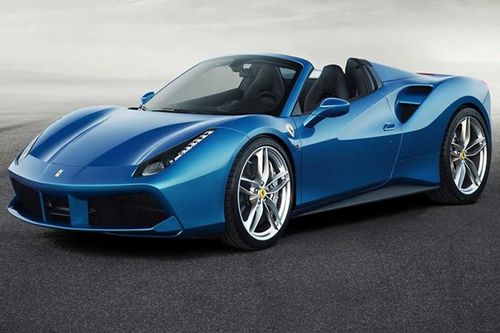 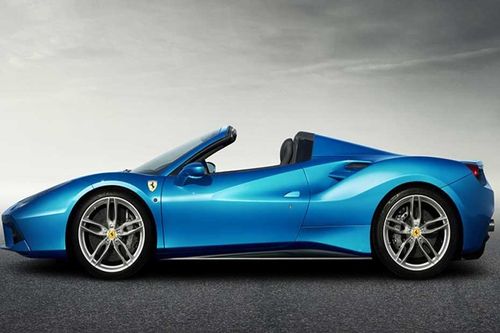 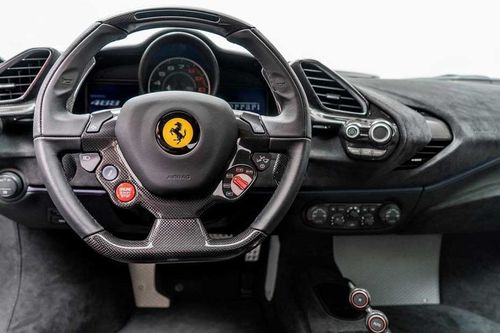 Ferrari has gained a lot of popularity in the segment of super-fast exotic cars. The company's 488 GTB car, is the successor of the 458 Italia and has a turbocharged petrol engine. The Ferrari 488 has been made with a design that makes sure that the 488 is a step ahead of the 458. The car is low slung, gets a wedge-like hood and has a large air dam to ensure that it takes as much air in as possible. The car has raked windshield, large scoops on the side and pronounced fenders to add to the curves while the quad tail lamp setup is a signature feature of Ferrari.

The interior of this sportscar is quite luxurious and it is upholstered in pure leather. The basic bits in the car include the AC, power windows, and power mirrors. The prime focus, however, is on the speed. There is a whole set of buttons to play with the car setup from the suspension to the engine, steering, etc.
The Ferrari 488 is powered by the turbocharged 3.9-litre petrol V8 engine, which produces 661bhp of maximum power. It comes mated to a seven-speed Getrag automatic unit. The car also comes with an all-new five-spoke alloy wheel design. It goes from 0 to 100 kmph in 3 seconds and has a top speed of over 330kmph. The Ferrari 488GTB competes with the Lamborghini Huracan, the Aston Martin V8 Vantage, the Maserati GT and the Nissan GTR.

Ferrari has launched the Roma in India at Rs 3.76 crores

Ferrari 488 CNG is not available in India.

No, Ferrari 488is not available with diesel fuel in India.

The Ferrari 488 is available in AMT.

No, the Ferrari 488 does not have a sunroof.

Ferrari 488 has a space to accommodate five adults in 2+3 seating configuration.