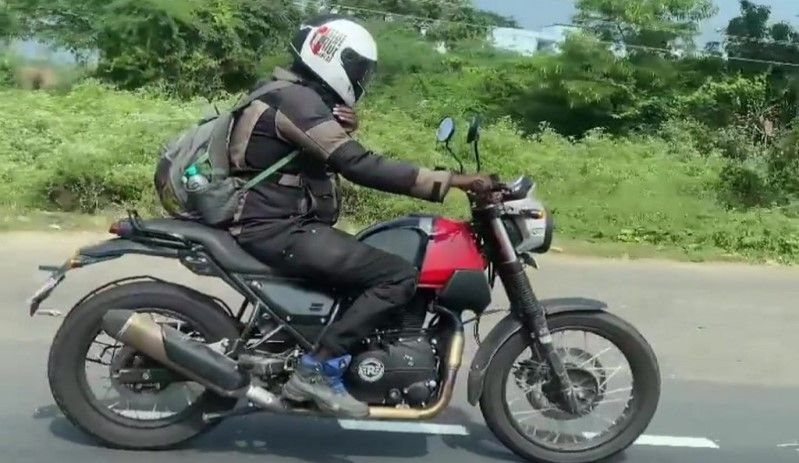 New Royal Enfield Scram 411 launch was delayed from February 2022 due to pandemic. RE Scram 411 will be a scrambler which will be sharing some similarities from Royal Enfield Himalayan. The new catalogue images has leaked few details on the Scram 411. 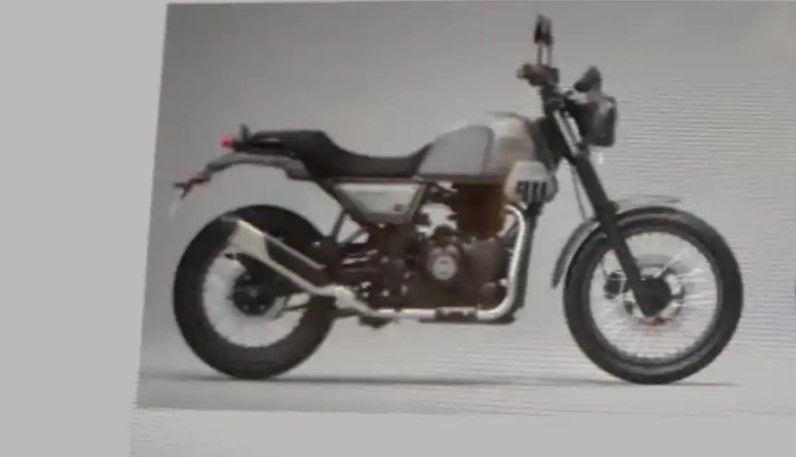 Judging by the images, it appears Scram 411 is inspired a lot from the adventurer bike Royal Enfield Himalayan, from the build to engine specifications Scram 411 resemble the Himalayan.

Features like LED headlamp, halogen taillights in RE Himalayan is something we will also see in the upcoming Scram. The fuel tank is also identical to the Himalayan but crash guard is excluded. Equipped with an instrument cluster expected to be taken from the Royal Enfield Meteor 350 which means Tripper Navigation System will also be present, this will provide an easy turn by turn navigation when connected to your smartphone. Scram 411 appears to have a comfortable single seat which differentiates it from RE Himalayan which has a 2 seat unit, with elevated rear passenger seat. Also the windscreen on the front is not present.

The side panels come with slots, badge plates with 411 logo under the fuel tank and metal headlamp cowl are some features that separate the Scram from others in its segment.

For safety measures Scram 411 is provided with dual channel Anti-Lock braking System (ABS) which we have also seen in Himalayan.

Royal Enfield has replaced the front fender from Himalayan to a lower regular fender in Scram. All these adventurer bike features which are present in the Himalayan are removed from Scram 411. Royal Enfield Scram 411 is supposed to come with 7 colour options.

The Engine of RE Scram 411 will be expected to have the same stats and specifications as the RE Himalayan. A 411 cc, single-cylinder, air-oil cooled engine generating a maximum power of 24.3 and a peak torque of 32 Nm. A 5- speed gearbox will be present.

The new Royal Enfield Scram 411 price is expected to be Rs. 1.90 lakh and will rival the Yezdi Scrambler which is priced Rs. 2.04 lakh.