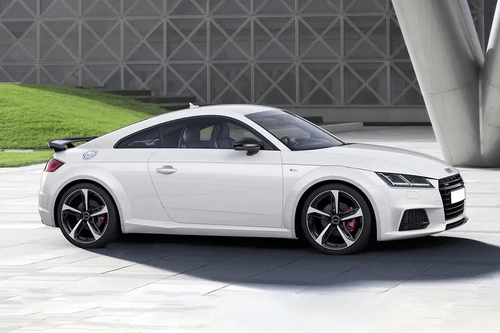 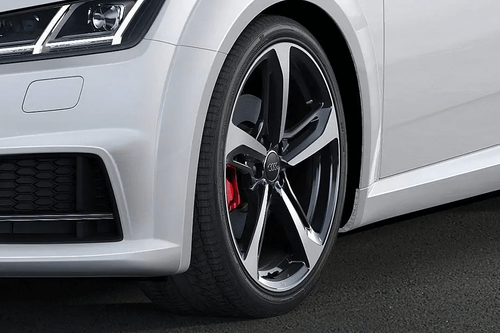 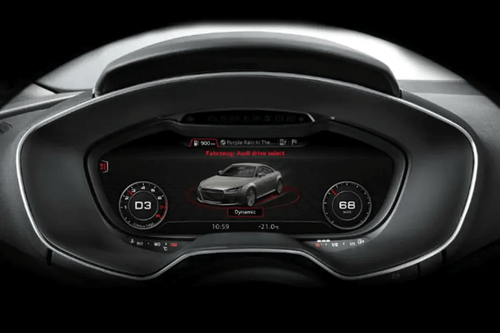 A very well rounded, indicating impressive technology and performance driven vehicle. In April 2016, the German carmaker Audi has unveiled the RS version of its popular sports car, the TT, in both Coupe and Roadster versions which is also called as luxury on road. The TT 2019 RS is strengthened by a 2.5-litre, five-cylinder turbocharged petrol motor that generates 400bhp of power and 480Nm of torque. The power is sent to all four wheels through Audi's Quattro technology. The car is a style statement which comes in a convertible form that can be called as a comfortable toy to mini supercar full of luxury. The four-seater hatch comes intact with a humble VW platform. The third-generation hatchback is a handsome car with sharp lines and a big trapezoidal grille, the hood-mounted badge, and big wheels round nicely, but this car is deceptively small. A soft-top convertible spoils the coupe’s sleek lines slightly, but as far as roadsters go, it is a looker. Inside, the cockpit a central infotainment screen favours the all-digital Virtual Cockpit display. Thoughtful touches like the vent-mounted climate controls and excellent material quality are hallmarks of Audi design, and make for one of our favourite sports car cabins. It is powered by Audi parent VW’s 2.0-liter turbo-4, which gives 220 horsepower and 258 pound-feet of torque. Space is plentiful for two occupants while the visibility is limited, and the TT technically has a rear seat also. Standard equipment is generous, but the TT gets significantly better it is made more luxurious by adding on extras like Bang and Olufsen sound, navigation, and more. Fuel economy is strong for base models at 26 mpg combined but it deteriorates as power and cylinder counts increase. The Audi TT is handsome and sports a top-notch cockpit, only the biggest Audi fans will be able to spot the changes for 2019, which include a few visual tweaks to the appearance on the front fascia as well as new taillights. A 20th Anniversary Edition adds a unique paint colour and brown leather interior to it more charismatic. The driver’s seat is the best place to be in the TT, with supportive buckets and a tailor-made interior. Passengers in the front will have a great time too, with plenty of legroom and decent headroom. The Audi TT now gets more basic features embedded even in the lowest variant of the car. It adds Alcantara-trimmed leather seats, magnetic ride suspension, bigger brakes, and 19-inch wheels, while the technology package adds Bang & Olufsen sound with 12 speakers, satellite navigation, blind spot monitors, and available wi-fi hotspot capability. Al in all it has an attractive, comfortable interior and plenty of tech features, but it's not as athletic as some class rivals. The TT-RS will compete against the Porsche 718 Cayman recently unveiled at the Beijing Motor Show.

Audi TT CNG is not available in India.

No, Audi TTis not available with diesel fuel in India.

The Audi TT is available in AMT.

The Audi TT top speed is around 170km/h.

Audi TT has a fuel tank capacity of 48L

No, the Audi TT does not have a sunroof.

Audi TT has a space to accommodate five adults in 2+3 seating configuration.