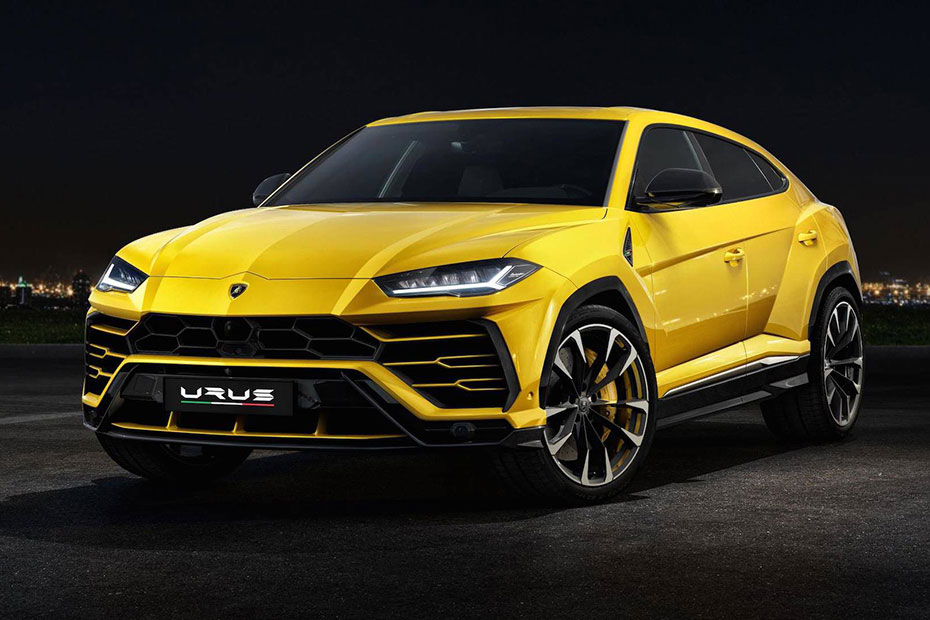 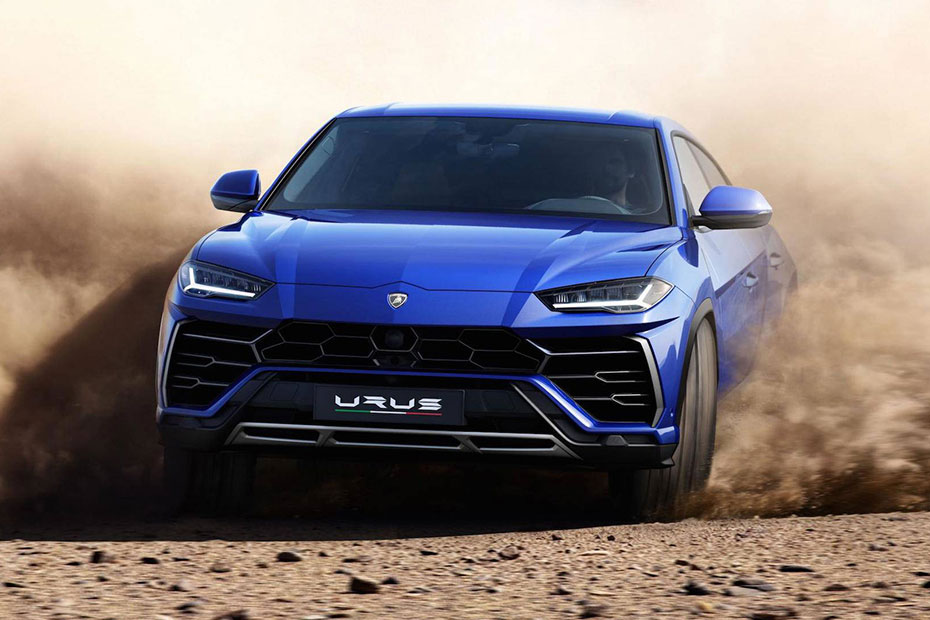 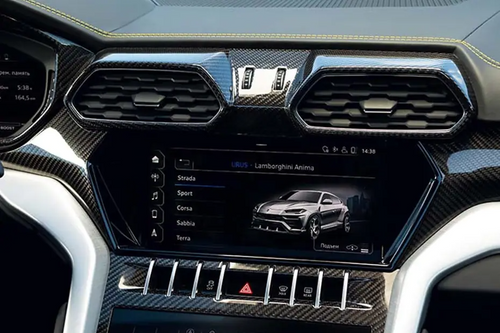 Lamborghini Urus was designed as the fastest SUV in the world. Even though the terms SUV and fastest do not go together, Lamborghini decided to produce one and the result was the Urus. The Urus has the razor-sharp lines of the Lamborghini combined with the stance of an SUV. It has a coupe silhouette, a tall stance and more ground clearance than previous cars from the brand. The front of the car comes with the gaping bumper which has massive intakes. It also has slim headlights and a bulging hood. The Urus has a high shoulder line, massive wheel arches, and 21-inch wheels. The rear end of the car has Y-shaped taillights, a race-car-like diffuser, and rounded exhaust tips.

Like the outside, the inside of the car has plenty of geometric design and no rounded elements. The dash has two screens; one for the air-con and seat functions and the other for the infotainment system. It has features and connectivity options like wireless charging, voice command, DVD player, Bluetooth media streaming, Apple CarPlay, and Android Auto. The cabin has a good amount of space as well. Lamborghini Urus can accommodate four people comfortably and take in a fifth as well. Albeit the coupe-like roofline, tall passengers also get plenty of room. The boot space of the car is 616 litres. The interiors are spacious and luxurious at the same time.
Lamborghini Urus is powered by a four-litre V8 petrol engine that delivers 650bhp of power and 800Nm of peak torque. It comes mated to an eight-speed gearbox, which is very precise. The Urus can go from 0 to 100 kmph in 3.6 seconds, 200 kmph in 12.8 seconds and has a top speed of 305kmph.

Lamborghini Urus Comparison with other Cars

Jeep Compass 7 Seater to be called Jeep Patriot, Launch in 2022

5 Modified Cars which Turned Out to be Blunder

Lamborghini Urus CNG is not available in India.

No, Lamborghini Urusis not available with diesel fuel in India.

The Lamborghini Urus is available in AMT.

The Lamborghini Urus top speed is around 170km/h.

Lamborghini Urus has a fuel tank capacity of 48L

No, the Lamborghini Urus does not have a sunroof.

Lamborghini Urus has a space to accommodate five adults in 2+3 seating configuration.