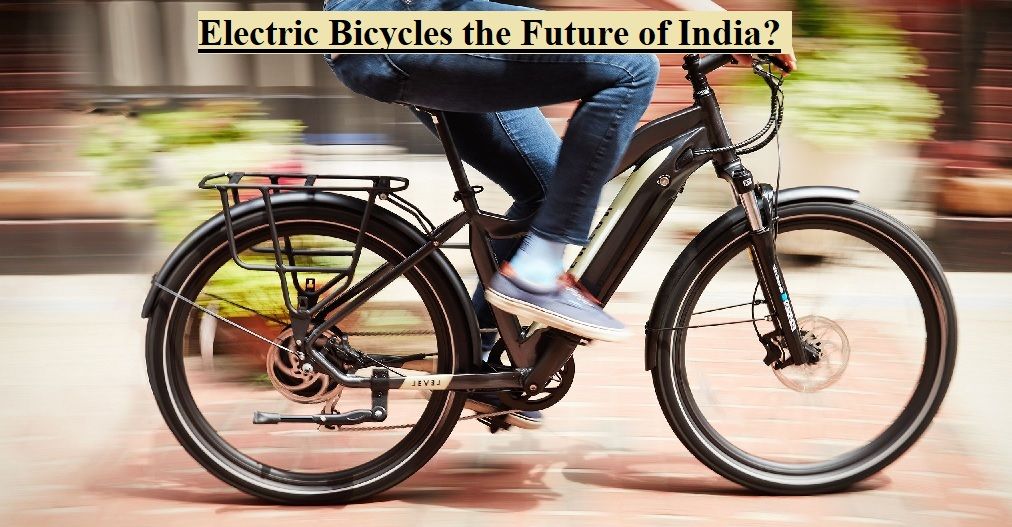 Indian E-bike market is expected to grow over 12% by 2026 according to reports and with the switch to electric gaining traction the Indian electric-bicycle market is one to look out for.
Indian E-bicycle market is still in its nascent stages with its value expected to grow from the present USD $1.02 million to over USD $2.08 million by 2026 which is nice to see but as compared to the European electric bicycle market valued at over 5 billion Euros the e-bike market in India is no-where to be seen.
In the hustle of the electric revolution in the ICE market space we are forgetting about the bicycles, the purest form of travel available to humans right now. The bicycle industry is trying to catch on the electric bandwagon with E-bicycles having batteries with pedal assist drive or fully battery-operated versions.
The overall bicycle market in India is valued at over Rs. 7000 crores with over 1.4 crore bicycles sold this year up from the 1.2 crore last year registering a 20% growth this fiscal, but the future is electric and the bicycle manufacturers know this and they are ramping up their research and production in the electric bike space. 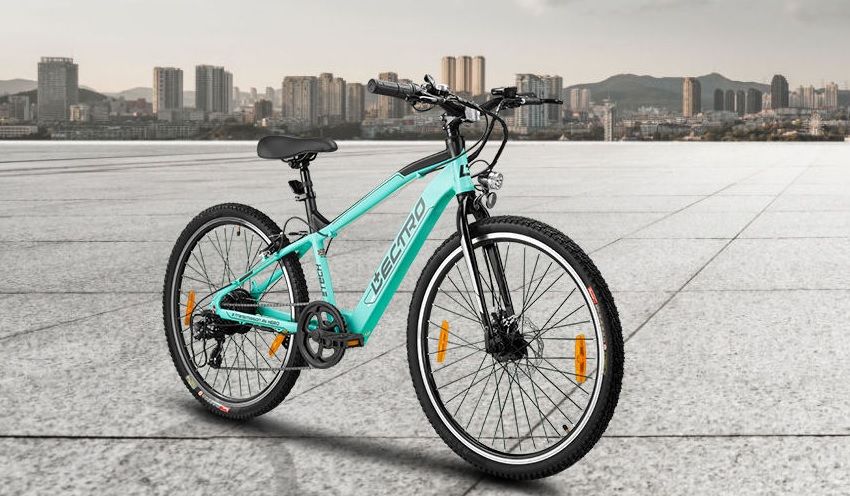 Hero cycles, the largest cycle manufacturer in India has announced investment of over Rs. 1000 cr. in the e-bicycle space and expects to gain over 10% of the global e-bike share by 2022. The company last year announced plans to invest more than Rs. 250 cr. in Punjab for the construction of an e-cycle valley in the state with production capacity of over 4 million e-vehicles annually.
The bicycle manufacturer already has the Lectro Electric Cycles brand which offers e-bikes ranging from Rs. 28,999 to Rs. 54,999. These e-bicycles from Hero offer range between 40-70 kms and top speed upto 25 km/h. The company is planning to achieve 100% localisation for the production including batteries and controllers to keep the costs down. According to the company 65% demand for electric cycles is from tier-2 and 3 cities thus the companies have to keep costs down and offer good, value for money e-vehicles. 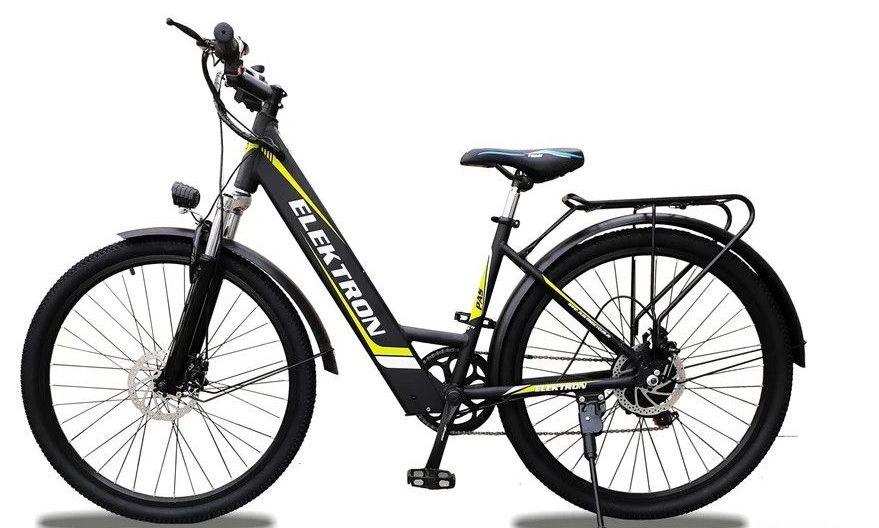 Elektron is another brand which is popular in the Indian e-cycle space with its unique operating system of offering its products directly to the buyers through the company’s website. Elektron started in 2012, but it launched its first e-bike in 2016 with clear focus on innovation and tech integration. Elektron is steadily making a foothold in the electric bicycle space with its e-cycles sold out on most paltforms, showing the demand and quality of the products. The company offers the popular M5X and M368+ electric bicycles, offering range of 70 km and 80 km respectively with prices for its electric bikes ranging from Rs. 35,999 to Rs. 64,999. 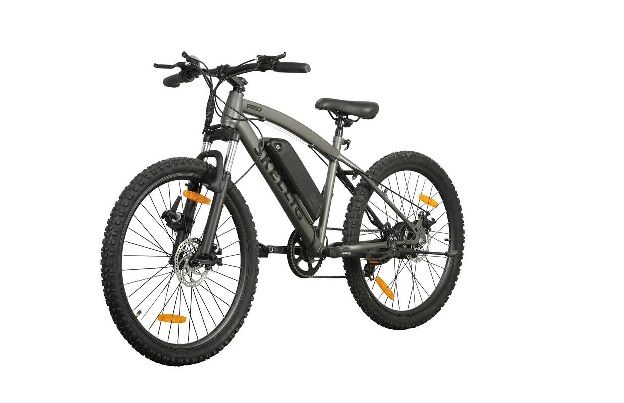 GoZero Mobility is a British company based in Birmingham, England which has established a base in Kolkata, India for their electric bicycle range. The company plans to invest 10 million pounds in its Indian division over the next 5 years showing the company’s commitment towards the Indian e-cycle market.
The company sells its e-vehicles on the e-commerce platform-Amazon.in and its first two e-bikes have been the best sellers and they have launched a new model the Skellig a premium offering from the company. The prices for the e-bicycles range from Rs. 19,999 to Rs. 39,999. 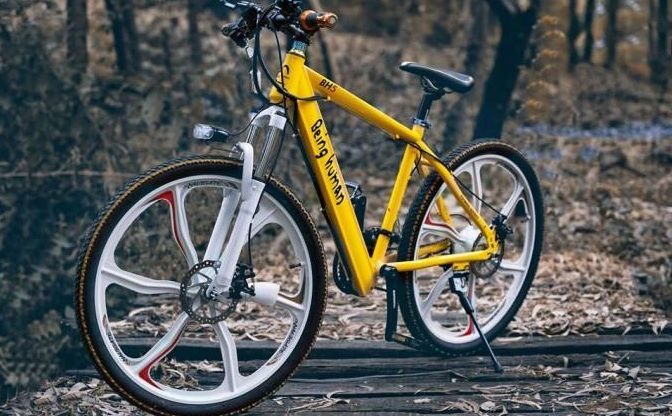 Being Human is a name that needs no introduction and with it focussing more on the electric transportation in the country it continues to perform in the e-bicycle space. Being Human started its e-bike business in 2017 and has garnered a niche following by offering quality products with reasonable price tags. Currently there are two models on offer by the company- the BH12 price Rs. 38,999 offering 25km/h top speed with 60km range and the BH27, price Rs. 53,999, offering the same specs but is offered in alloy wheels and a different and striking design. 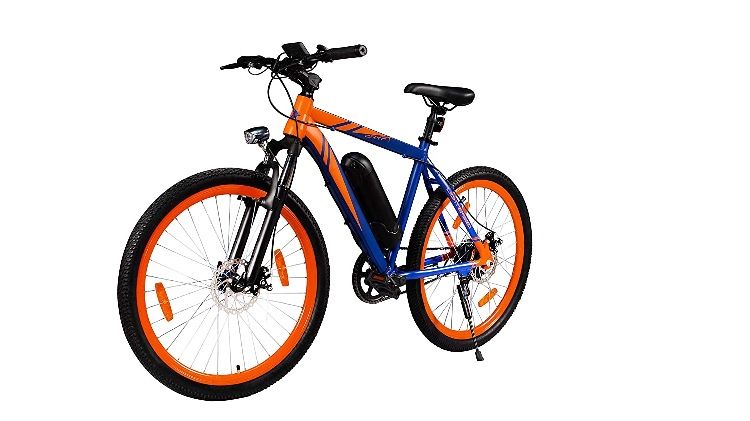 LightSpeed is another local Indian brand which started its operation in 2016 and is headquartered in Ahmedabad, Gujarat. This start-up started working based on crowdfunding and is now one of the most promising e-bike company in India. The company currently has a city electric bike- the Glyd, an eMTB- the Rush, a fat e-bike- the Fury 518 and another adventure electric cycle the Dryft. LightSpeed offers these cycles between Rs. 30,000-60,000.

Higher input costs have forced the late adoption of electric craze by the Indian cycle manufacturers also, no subsidies from the government for the electric cycles has kept the production, research and development of new products limited. The exports by the Indian companies are also taking hit due the Indian government levying 14% export duty in addition to the 40% import duty levied by certain foreign countries on Indian imports.
According to Hero Cycles CEO, the Indian electric bicycle will miss out on nearly Rs. 10,000 cr. worth of business if the policies are not changed to favour the Indian e-bike manufacturers.

India ranks among the top nations in terms of rising pollution levels and this is in part due to the sales of two-wheelers in India- the largest two-wheeler market in the world. According to a survey 75% of the pollution in India is due to the two-wheelers plying on Indian roads and with the government now focusing towards adoption of electric vehicles by offering lucrative policies this percentage may come down in the near future. The electric bicycle market in India is lucrative and with so many start-ups coming up and the established leaders investing in the infrastructure, the future for the e-bikes is a real prospect in India.