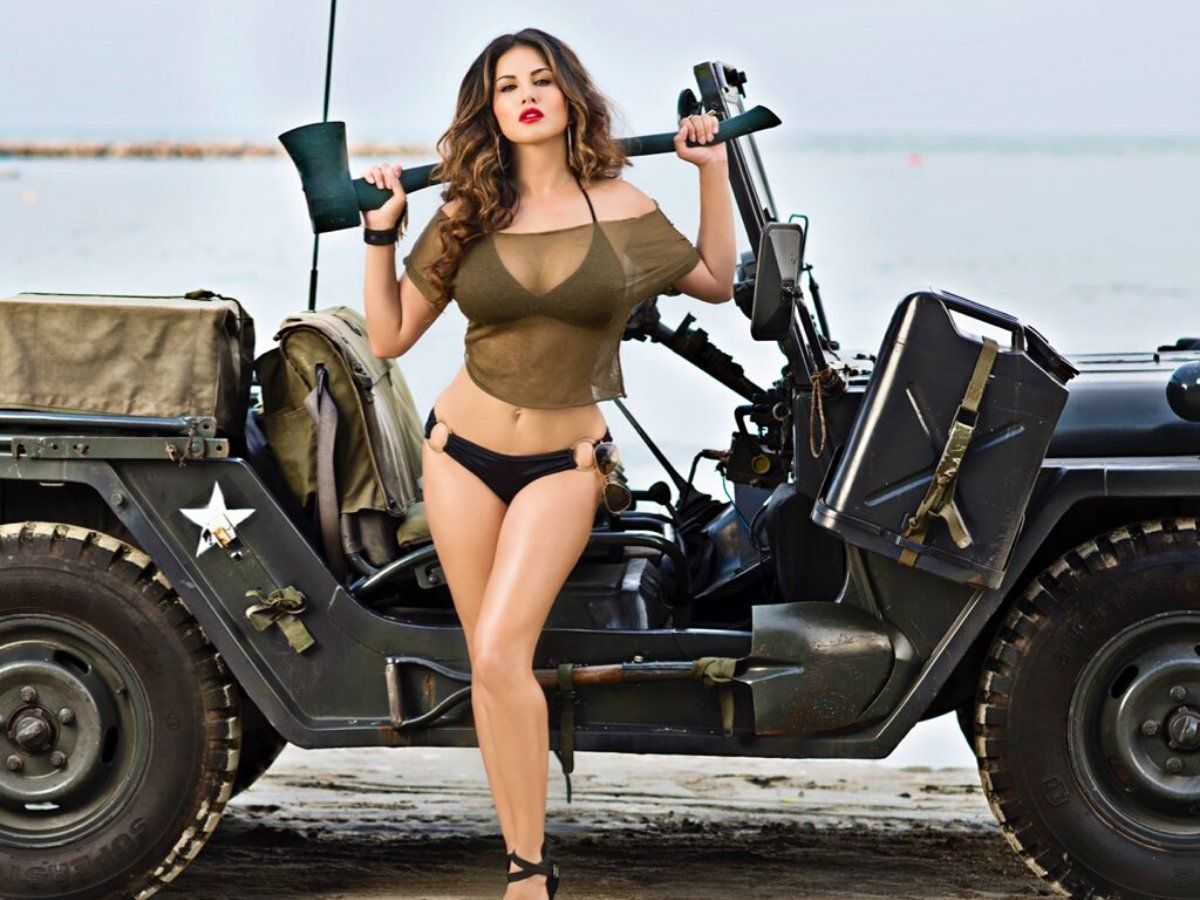 Sunny Leone Has a struggling and bold personality itself, Before getting the entry pass in Bollywood, sunny was serving herself in adult Industry. This is the reason, why she still get multiple criticism on her work, However she has left the work long ago, but people do criticize her for having this choice in her past. 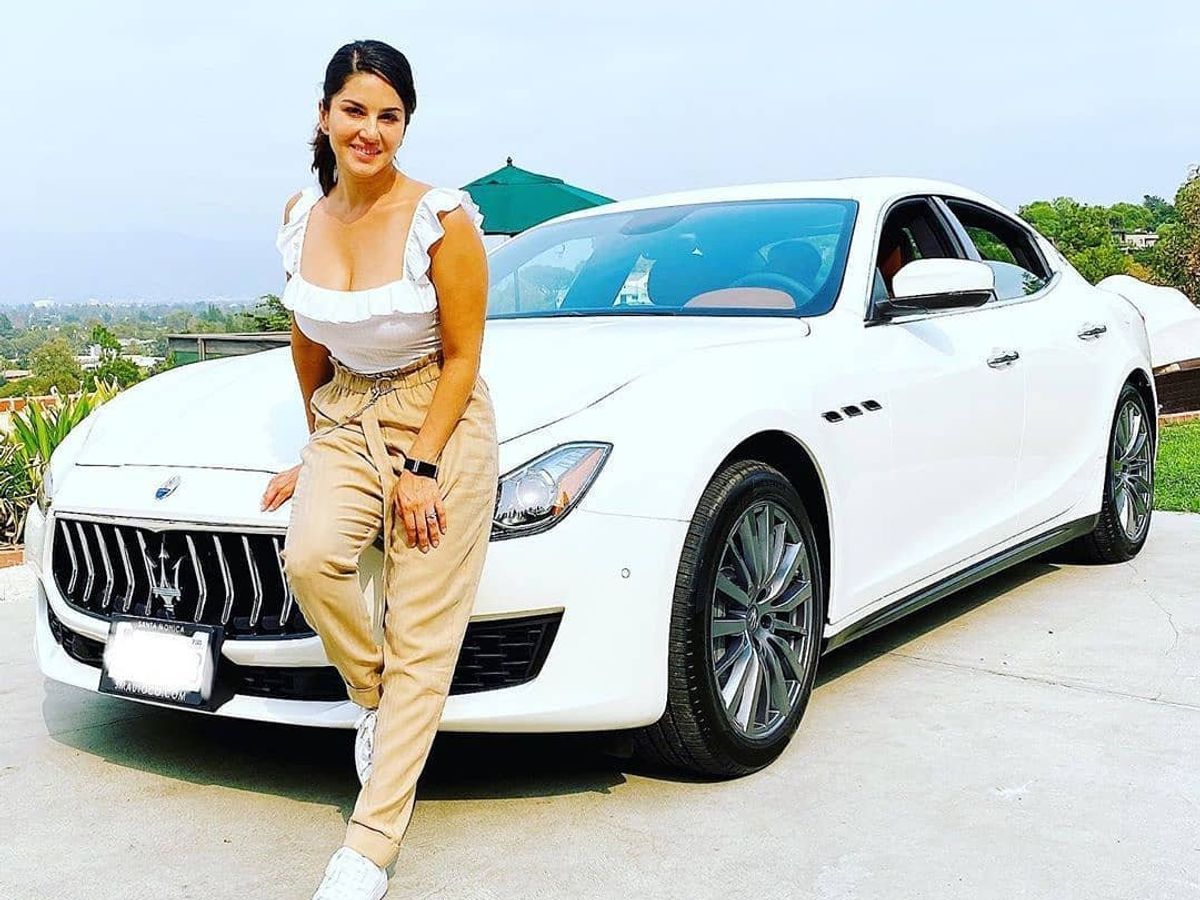 Well, here we are not going to discuss on her choices or what decisions she makes. We will get to know about her luxurious car collection, which she has built by her handwork.

Sunny Leonie has a special gift from her husband and also a special edition car are some of the highlights presented here from her garage. We've taken a closer look at that and pulled out a list of her gleamy wheels. 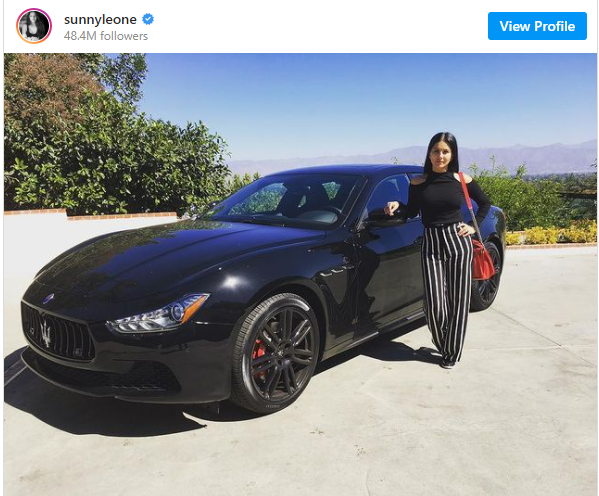 The second-best car in her garage – the Maserati Ghibli Nerissimo found its way to Sunny’s garage back in 2017. She bought it when she was in the United States. The car is only available in the US and Canadian markets. Moreover, it is a special edition of which only 450 units were on sale - Sunny being the proud owner of one of them. She expressed this in her Instagram post as well. The car is priced upwards of $80,000, when converted in Indian currency roughly amounts to Rs 50+ lakhs. However, the price of this car in India is above Rs 1 Cr. The machine is powered by a 3.0-litre twin turbo petrol V6 motor with two states of tune – a 345 bhp motor and a 404 bhp motor. The car goes from 0-100 in 3.5 second and 4.8 seconds with the respective engines. 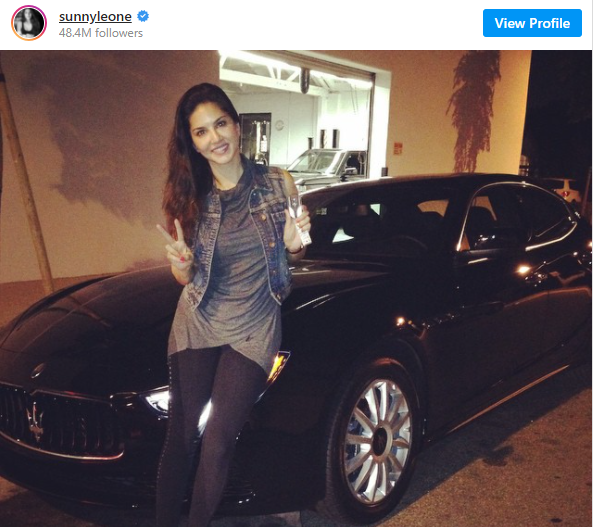 Another Maserati- this time the swankiest one- the Quattroporte is the priciest property from Sunny Leone’s garage. The variants available in India are priced above Rs 1.74 Cr, while the one that is stationed in her garage is probably $102,500. The arrival of this car dates even further back to 2014. And as expressed by the actress in an Instagram post, it was a present from her husband. This car boasts of a powerful 4691 cc engine that churns 440bhp with a maximum torque of 490Nm. It is an absolute beauty and a definite head-turner.

While the Maseratis sit pretty in her US garage, she needs a few luxurious wheels to take her around B’town as well. The flagship BMW 7 series steps in to do the needful. The sleek sedan has just the right composition of power and luxury. On multiple occasions, Sunny has been spotted in this swanky sedan. A mammoth 3-litre turbocharged motor and an 8-speed automatic transmission instantly garners respect & admiration as it sure did catch Sunny’s eyes. 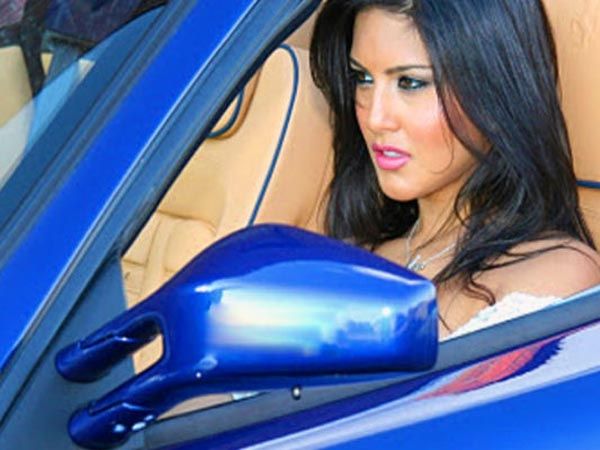 Another one that offers an unmatched sense of luxury along with a strong torque and power is the Audi A5, giving a finishing touch to Sunny Leone’s impressive car collection. This is another one that the actress reportedly owns in Mumbai, mostly for her rides within the city. The car has an aura of its own and a luxury that seamlessly tags along with its four-ringed logo. The Audi is available as a coupe or a convertible, and we believe the actress owns a coupe. The A5 boasts a 252bhp 2.0 L engine with a 6-speed manual or a 7-speed dual-clutch automatic transmission.