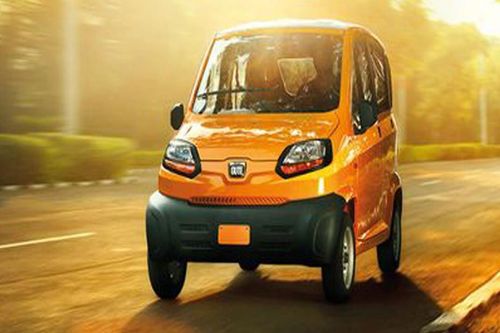 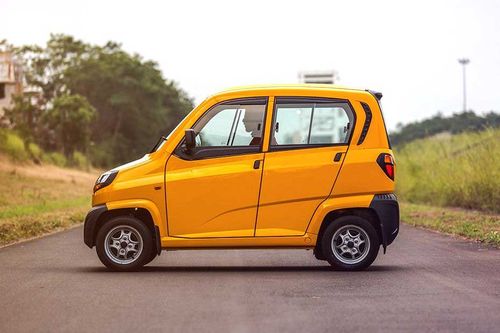 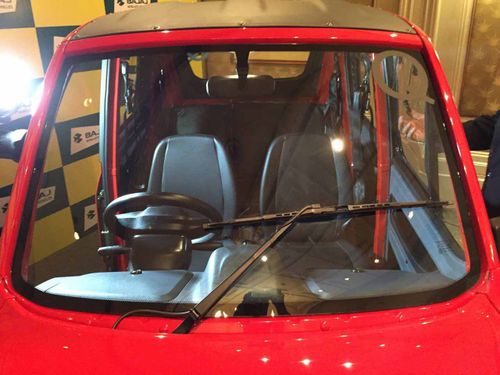 Bajaj offers 2 variants for Qute (RE60)

The Bajaj Qute is the country's first-ever quadricycle. The overall design and utility of this vehicle fall between a three-wheeler rickshaw and a four-wheeler. Bajaj Auto has been manufacturing and exporting the Qute for a while now, and the brand has finally launched it in the domestic market as well. The Bajaj Qute was first showcased at the 2012 Auto Expo, and its production version was showcased in 2016 at an event. In 2018, the Ministry of Road Transport and Highways approved the production of a new class of vehicles called the quadricycles which means that the Bajaj Qute is finally legal to be used in the country, both commercially and personally.

The Bajaj Qute gets power from a 216 cc, single-cylinder, twin-spark engine which comes only as a mono-fuel version. This means, you can get it in petrol, or you can get it in CNG, but not both. The petrol version delivers around 13 bhp of maximum power at 5500 rpm and 18.9 Nm of peak torque at 4,000 rpm. The CNG variant churns out a maximum power output of over 10 bhp and a peak torque 16 Nm. The engine comes mated to a five-speed gearbox. The Bajaj Qute offers good weather protection, is convenient to drive even in crowded areas.

Similar Cars to Bajaj Qute (RE60)

Manual to Electric, the changed two-wheeler market in India

Bajaj Qute (RE60) CNG is not available in India.

No, Bajaj Qute (RE60)is not available with diesel fuel in India.

The Bajaj Qute (RE60) is available in AMT.

No, the Bajaj Qute (RE60) does not have a sunroof.

Bajaj Qute (RE60) has a space to accommodate five adults in 2+3 seating configuration.