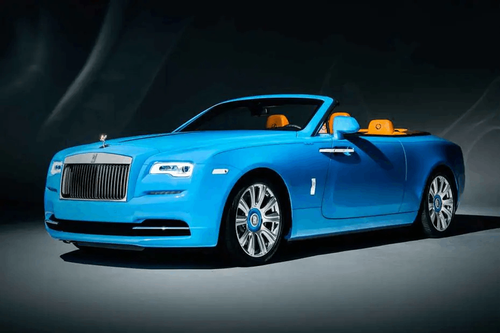 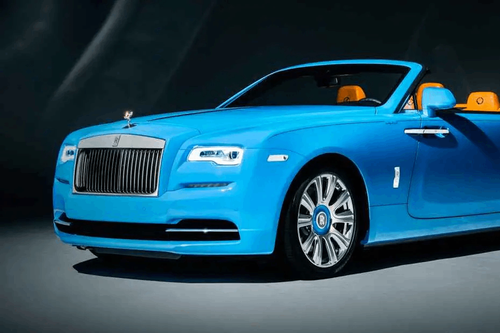 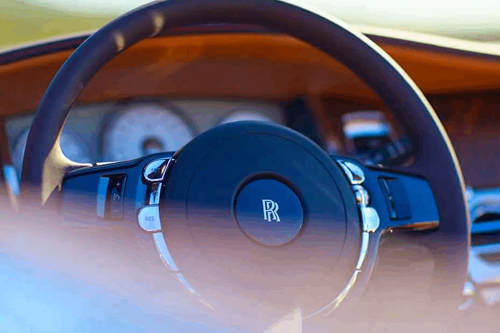 The Rolls-Royce Dawn was first showcased at the Frankfurt Motor Show in the year 2015. The Rolls Royce Dawn is a two-door four-seater convertible, the second one from the brand after the Phantom Drophead Coupe. The Dawn has a typical Rolls-Royce look with a large radiator grille in front and the square fascia. The headlamps with the daytime running lamps have been taken over from Rolls-Royce Ghost while the bumper and front fenders have been taken from the Wraith. There are thick bonnet creases and a stout shoulder line on the car. The air dam on the lower part of the bumper adds a touch of sportiness to this car.

The interior is upholstered in top-quality luxurious leather and has been stylishly laid out. This Rolls Royce has more than everything that is needed in a luxury car. The cabin is classy in terms of looks and showcases the Rolls-Royce luxury. The car comes in seven colour options - Scala Red, Black Diamond, Emerald Green, Jubilee Silver, Smokey Quartz, Anthracite, and Salamanca Blue.
The Rolls Royce Dawn is powered by a 6.6-litre turbocharged V12 engine churning out 563bhp of maximum power at 5250rpm and 780Nm of peak torque at 1500rpm. The engine comes mated to an eight-speed automatic gearbox that transfers power to the rear wheels. The Dawn goes from 0 to 100 kmph in less than five seconds. This is quite impressive as the car weighs more than two and a half tonnes. Rolls-Royce Dawn competes with the Bentley Continental GTC.

Six airbags could soon become the norm for safety in India.

New: Tata Punch Prices start at Rs 5.49 lakh; Makers expects it to be a top-seller

Rolls-Royce Dawn CNG is not available in India.

No, Rolls-Royce Dawnis not available with diesel fuel in India.

The Rolls-Royce Dawn is available in AMT.

The Rolls-Royce Dawn top speed is around 170km/h.

Rolls-Royce Dawn has a fuel tank capacity of 48L

No, the Rolls-Royce Dawn does not have a sunroof.

Rolls-Royce Dawn has a space to accommodate five adults in 2+3 seating configuration.