Meet A Hindustan Ambassador's Mogli, who lives in the forest for the past 17 years
अपनी भाषा में पढ़ें

Meet A Hindustan Ambassador's Mogli, who lives in the forest for the past 17 years

Meet A Hindustan Ambassador's Mogli, who lives in the forest for the past 17 years 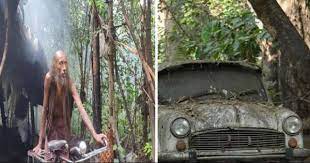 The story of Chandrashekar who is living as his Hindustan Ambassador for the past 17 years. The 56-year-old man has cast himself away and has parked his car in a jungle where he now lives. The forest is located between the villages of Adtale and Nekkare near Aranthodu of Sullia taluk, Dakshina Kannada district. 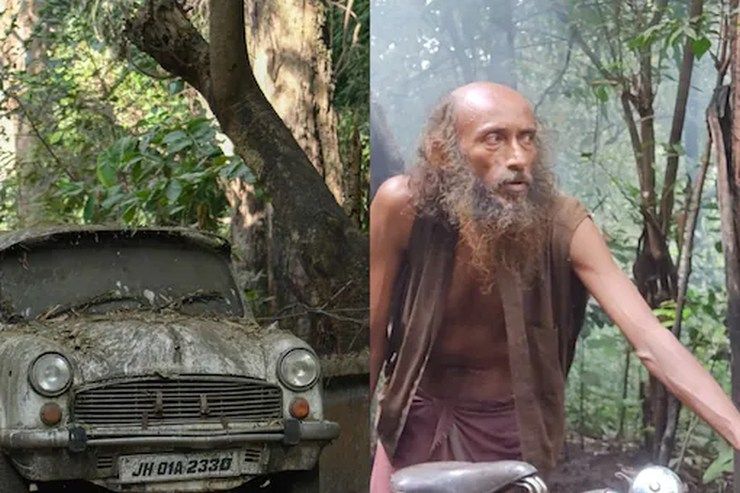 A person would have to walk for 3 to 4 km through the dense jungle and then he might find an old Ambassador that sits under a shed made up of plastic sheets and bamboos. The shed has been made by Chandrashekar to protect the Ambassador finished in white colour from the environment. There is a very old radio on the bonnet of the Ambassador that still functions. Chandrashekar likes listening to Akashvani Mangaluru station, which is a radio station and he also likes old Hindi songs.

He has slept in the car for the past 17 years and he has adjusted to the forest lifestyle. He wears two-piece clothing and a pair of rubber slippers. He has a half-bald head and he does not shave or cuts his hair. Because of the condition, he is living in, his body has become lean and weak. 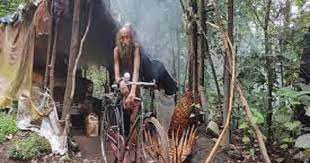 He takes bath in a nearby river located in the forest. He does not rely on money for his requirements. He weaves baskets using dried creepers that he finds in the forest and then sells them at a shop located in Adtale village. In return, he takes sugar, rice and other groceries from the shopkeeper.

He also owns a cycle that he uses to travel to the nearby village whenever he has to get groceries. The only wish he has is to get his land back somehow. He still has all the original documents and has safely preserved them so that they do not get damaged.

Chandrashekar took a loan from a cooperative bank in 2003. Unfortunately, he was not able to return the loan amount despite trying very hard. So, the bank sold his 1.5 acres of land to the highest bidder in an auction. His farm was located in Nekral Kemraje village, he used to grow areca nuts.

Chandrashekar could not accept the fact that his land was sold by the bank so he moved to his sister’s house with his Ambassador. A few days later, he had a disagreement with his sister’s family. At that time, he decided to live alone and took his Ambassador into the jungle and parked it.

Because he has never harmed, disturbed or looted the forest, the Forest Department lets him live in the forest. Often it has happened that an elephant, wild boar, bison or even a leopard has peeked into his tent. Some snakes keep crawling around the tent. The only thing that he takes from the forest is dead creepers for his baskets. Chandrashekar says, “I don’t even cut bamboos in the forest. If I cut even a small shrub, I will lose the faith that forest department has in me,”

Chandrashekar does not even have an aadhar card but still, he got the dose of the COVID-19 vaccine. Aranthod Gram Panchayath visited him and gave him the vaccine. During the lockdown, he survived on wild fruits and water only.