The Motorcycle Diaries: The Basic Anatomy of a Motorcycle
अपनी भाषा में पढ़ें

The Motorcycle Diaries: The Basic Anatomy of a Motorcycle

We are going to take you on a ride with the first part of The Motorcycle Diaries series. In the first part, we will take a look at our bike's basic structure and anatomy. 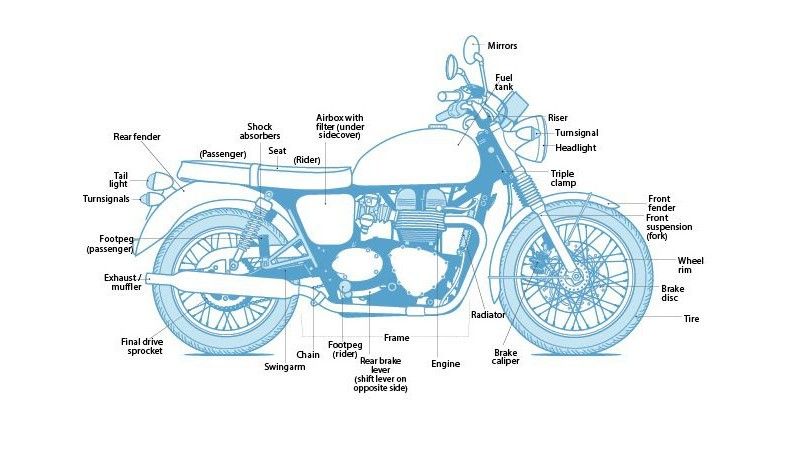 We all love to travel, to move around, to go on amazing journeys, and to see and explore places where we have never been. The idea of being lost within the chaos is something that we all aspire for and that is the reason we travel to unknown places where nobody recognizes us. And so you would agree that the best way to do so, travel to lands afar is to hop onto your motorbike and just ride away.

I do have a special love for motorbikes, as I was born and brought up in Leh, Ladakh where in the late 90s and early 2000s, many foreigners used to come along with machines so beautiful and powerful that it was a sight to see. I used to stand by the side of the road and just gasp at the beauty of their bikes and think that one day, I am going to buy one such bike and hop onto my own adventure. For me, the love for bikes was so much so that I used to check every workshop where people use to take their bikes for regular checkups and modifications. And while the mechanic used to dissemble the bike I used to question him about everything and I still remember Ka Namgyal (Ka is used as a form of respect for elders in Leh) giving me back all the answers patiently. 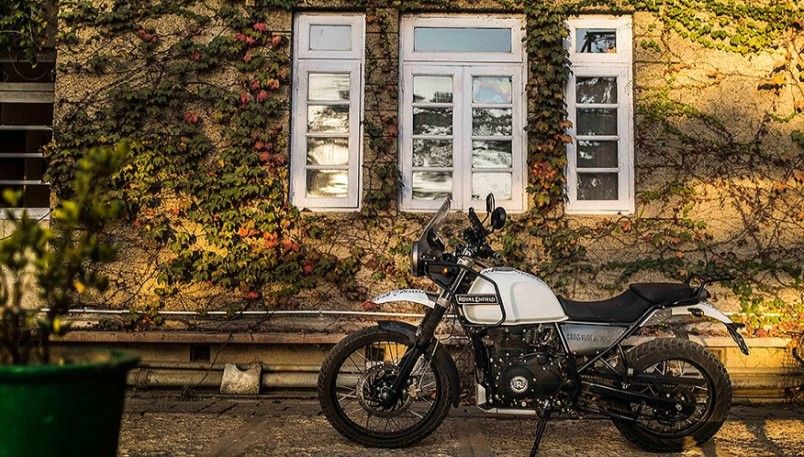 Well, enough of my stories now but, yes, if you are a motorbike fanatic and want to understand the anatomy, the basic structure of a motorbike, this is the article for you. See, motorbikes can vary in design for so many factors like performance, looks, and cost, but the basic structure of a bike remains the same throughout. Now, let's roll over and take a look at different parts that make up any given motorcycle. 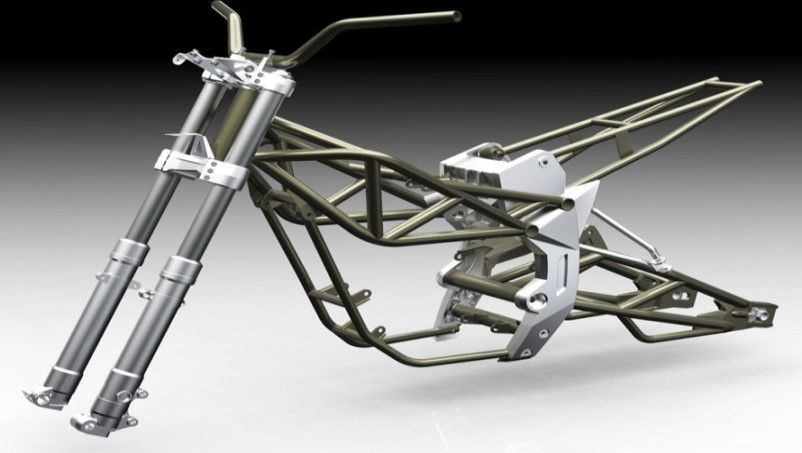 Mainframe, front forks, rear suspension, and subframe all together form chassis. Manufacturers use materials like steel, aluminum, magnesium, and even some exotic materials like Kevlar and carbon fiber for constructing a frame, depending upon the cost and application. The frame sports a head tube up front which houses the front fork assembly. In the majority of cases, the rear suspension consists of a swingarm bolted to the frame, however, some bikes may have rigid rear suspension built into the frame which is very common in choppers. The subframe is where the seats and rear cowl are mounted which finally completes the basic structure of the bike. 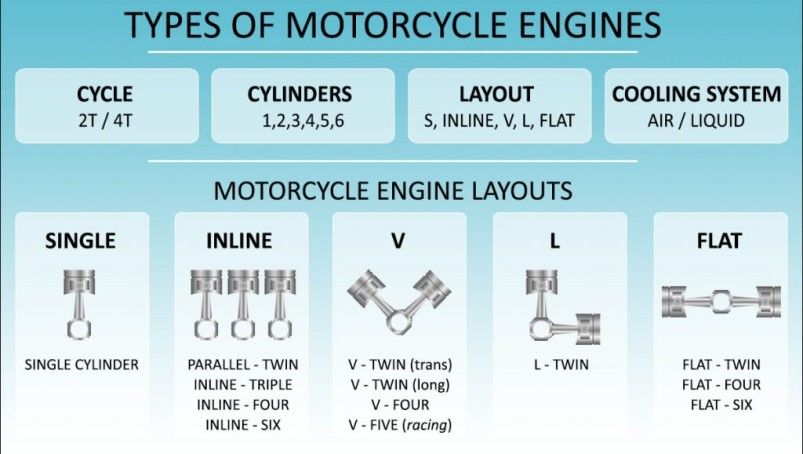 The engine is the basic driving force in any motorbike. The engine forms the structural integrity for the chassis in some bikes, as this literally allows manufacturers to reduce cost and build lightweight motorcycles. There are a number of engine configurations that are available across manufacturers, with in-line4-cylinder screamers being the most common on sports bikes and large capacity V-twin engines on touring bikes. 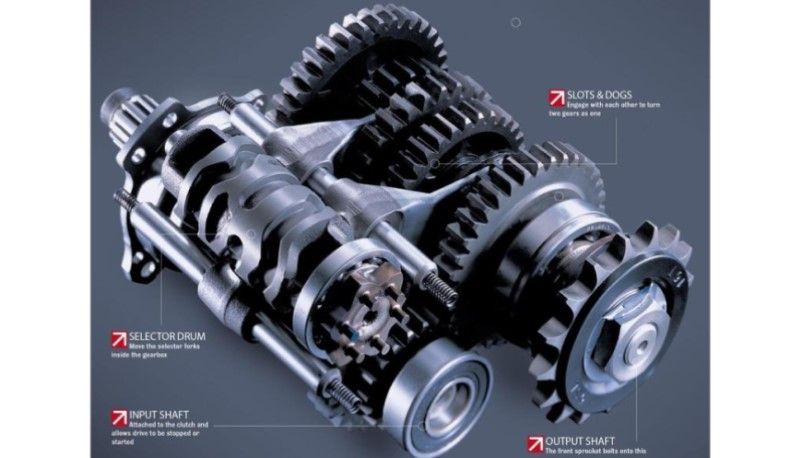 Foot-operated sequential manuals is common motorcycle transmission found in most bikes and CVT systems which are again very much common in scooters and e-bikes. In most cases, transmissions are built directly into engine casing, however, there are some bikes that run stand-alone transmissions. 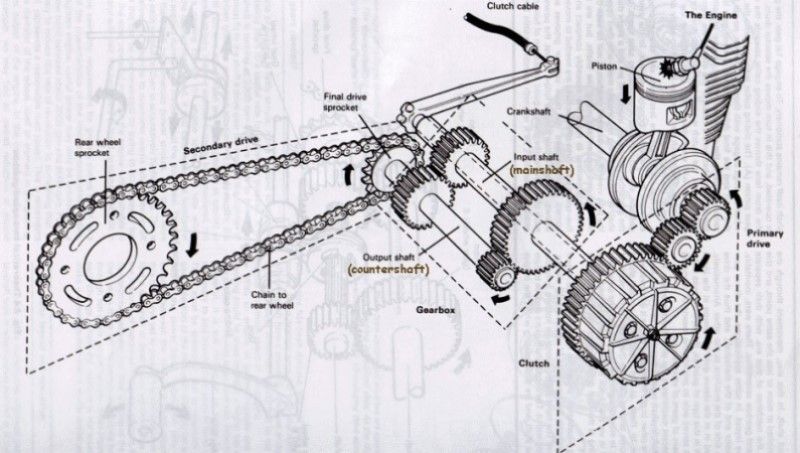 From the transmission output shaft, the power is transferred to the rear wheel in a number of ways. Some motorcycles use driveshafts, some use belts and some use a chain drive. They all have their own benefits and disadvantages, but chain-driven systems are found to be most versatile as the final drive ratio can be adjusted to better suit the bike’s application through differently-sized sprokets.

Now all of these components mentioned above together make up the main structure of the motorbike. Now let’s take a look at what makes up the rest of the bike.

If we talk about aesthetics, body panels are what we would be talking about. Some bikes are semi-naked while some bikes have full fearing that covers most of the bike parts. Made up of mostly high-quality molded plastics and include side fairings, top fairings, rear, tank/tank covers, rear cowls, and windscreens. 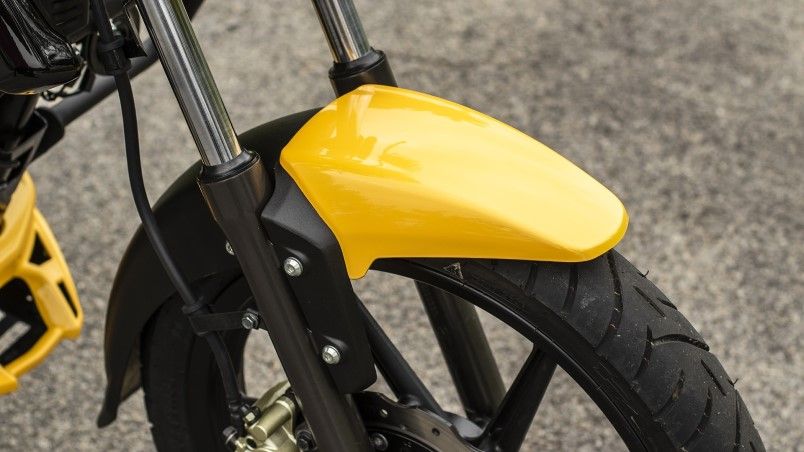 Mudguards are on top of both wheels. FYI, the rear mudguard is called hugger, a perfect name for it, right? These mudguards protect both bike and the biker from potential dust and debris coming off the tire. 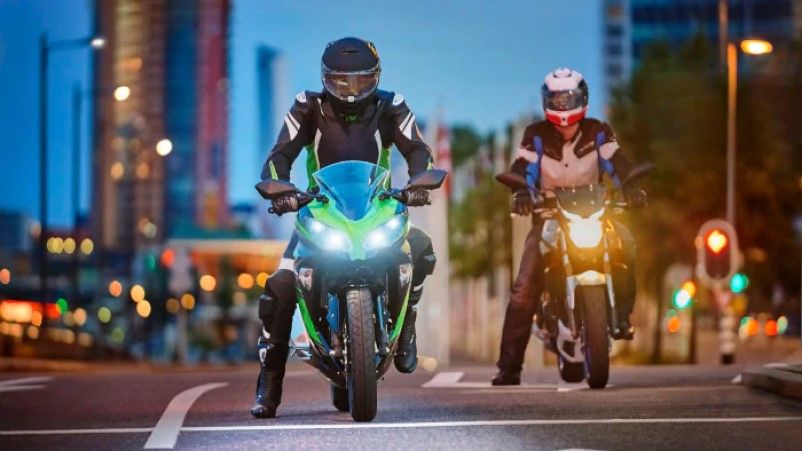 Well, lights are not just to illuminate the path when it's dark, but they are also an integral part of the design and are used to make a bike look more elegant. Moreover, there are several kinds of lights that combined together make up the motorcycle lighting systems. And without any doubt, the most important among the lighting system are the turn signal lights. Found on both back and front, these lights indicate to other drivers, which direction you are about to take. The rear brake light is also very important as it indicates to the other drivers that you are applying the brakes. 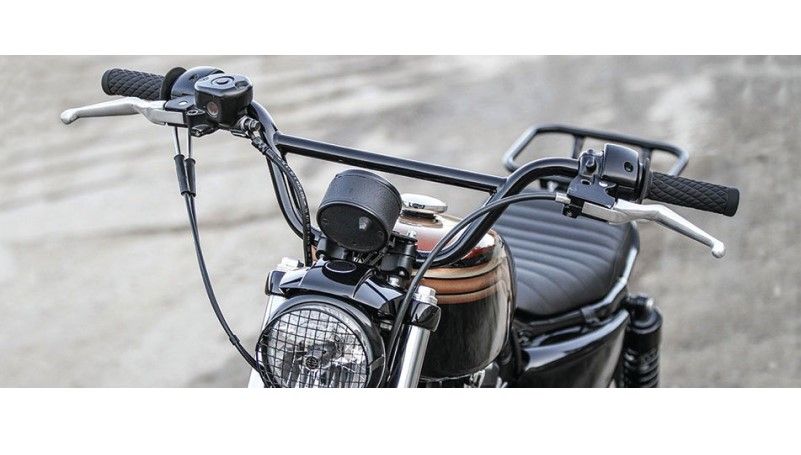 This is where you have control over the front end of the motorcycle and it also houses all the switchgear and most of the controls. The right, handle sports the throttle, which when twisted towards the rider’s direction, opens the throttle. Switchgear typically includes an on/off switch, a starter button, and a light switch, all of this again on the right-hand side.

Footpegs or rearsets allow the rider and the passenger to position their feet in the right spot to allow perfect balance on the bike. For the rider, a rear brake lever on the right-hand side is also provided and a gear lever is placed on the left side.

The brakes provide the rider with the necessary force to stop the motorcycle. Motorbikes have bigger brakes in the front as all the weight is usually transferred to the front of the bike while braking. 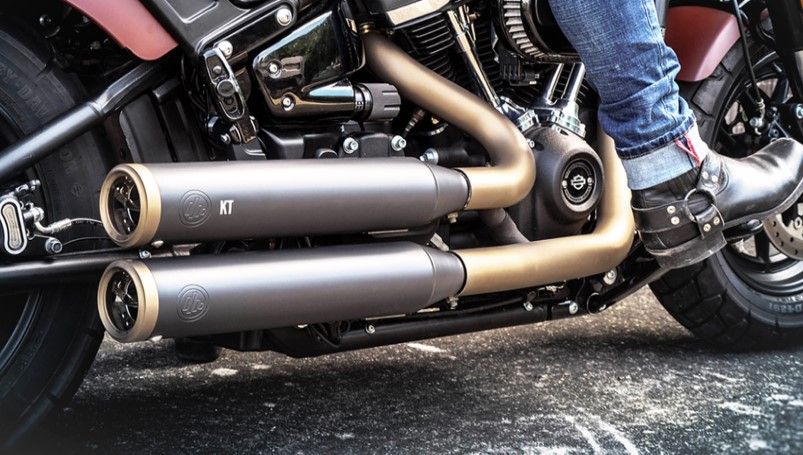 Exhaust is literally the first thing a motorbike enthusiast first changes. Some standard exhaust systems are bulky and muffle a considerable amount of the bike’s sound. Many of the riders use lightweight titanium exhaust systems which not only reduce weight but also allow the engine to breathe a little better.

And that’s it. I hope this basic anatomy guide has helped you understand your bike a little better. We will continue to motivate you and bring other parts of this series: The Motorcycle Diaries.