Upcoming CNG Cars in India in 2022

The rise in fuel prices have forced the customers to look for alternate options for powering their vehicles. Since, electric vehicles are still in their nascent stage in India, the most favoured option is the CNG vehicles in India. CNG cars have been present in the country for many years but they were mostly preferred by taxi fleet owners and not by private car buyers due to many factors. 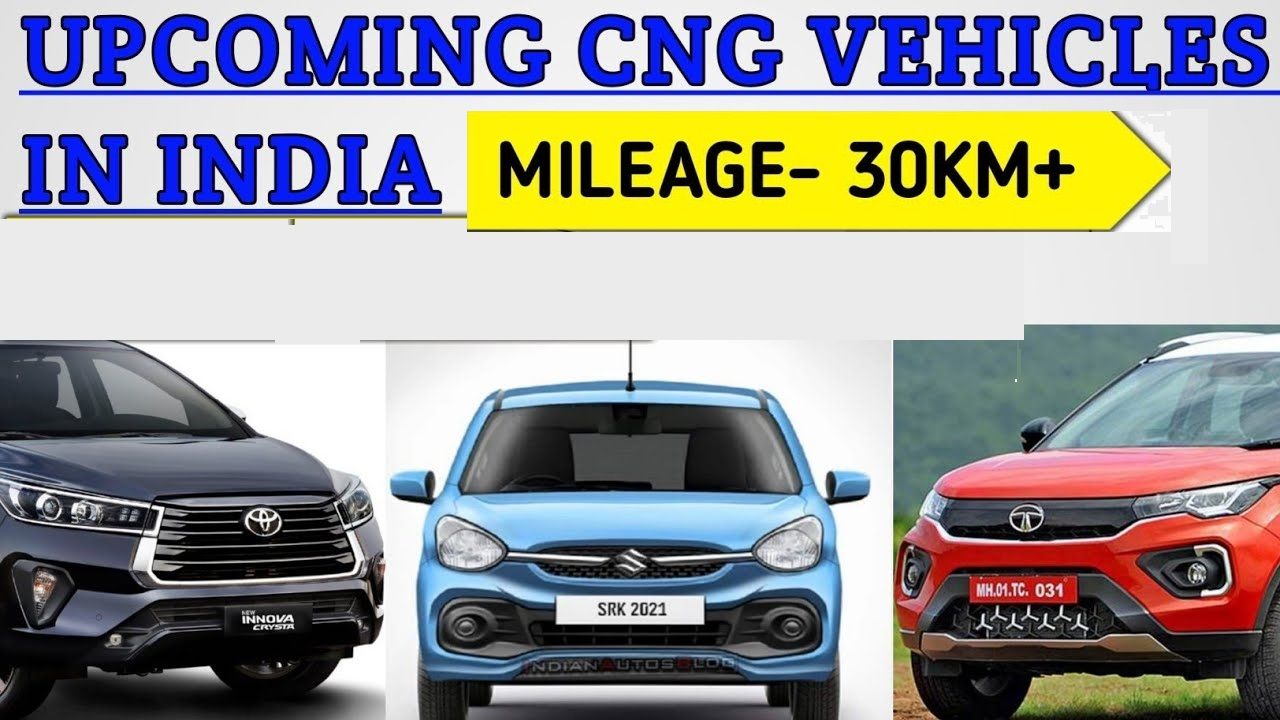 Private car buyers were hesitant to move towards CNG cars because of myths regarding the car being highly underpowered compared to the conventional fuel models, CNG cars being less fuel efficient and range anxiety, due to low number of specific, fuel-filling stations, but all this has changed as car manufacturers are offering their mainstream cars with CNG options and all the features found in conventional fuel powered cars, also Compressed Natural Gas (CNG) being better in terms of pollution level compared to petrol and diesel powered vehicles have helped people to lean more towards CNG.

All three companies have plans to launch more CNG cars in 2022. Here are the upcoming CNG cars in India in 2022:

Tata Punch starting price Rs. 5.48 lakhs, is the latest success story from Tata Motors with exceptional response to this micro-SUV. Tata is looking to keep this momentum going with it planning to add a turbo-petrol engine as well as CNG option to this boxy, little car. The company is already testing the Punch CNG with the test mules with CNG testing kits seen quite frequently.

The car will continue with the same 1.2L engine seen in the Tiago i-CNG and Tigor i-CNG, where it is mated to a 5-speed manual gearbox. Tata may also look to launch the Punch CNG with an AMT gearbox but that is not confirmed as yet. The expected Tata Punch CNG price is between Rs. 9-10 lakhs.

Tata Motors is also planning a CNG version for its most popular car, the Tata Nexon starting price Rs. 7.29 lakhs. The Nexon compact SUV had been the highest selling compact SUV in December, 2021 and the addition of the CNG option will surely help its sales figures.

The Tata Altroz CNG is also one of the upcoming Tata CNG cars in 2022 with test mules of the car seen. The Altroz is already an attractive option with unique design, awesome features and the only 5-star Global NCAP safety rating in the hatchback segment. It will continue with the 1.2L petrol engine and expected Tata Altroz CNG price is between Rs. 10-11 lakhs.

Hyundai is also planning to launch more CNG cars to in India with reports stating that the company is developing the CNG variant in the Hyundai Venue starting price Rs. 6.99 lakhs which will get the same 1.2L petrol engine found in the Grand i10 Nios CNG and Aura CNG sedan.

Expected Hyundai Venue CNG price is between Rs. 8-9 lakhs and will rival the upcoming Tata Nexon CNG and the Maruti Brezza CNG. Hyundai will launch the facelifted Venue in 2022 and may also bring the CNG variant then.

Maruti Suzuki will launch the all-new Baleno in February this year and will also give the Baleno a much-awaited CNG treatment as well. The Maruti Baleno CNG is expected to carry the 1.2L petrol engine which will be seen in the Swift CNG and Dzire CNG, but in different state of tunes.

Expected, Maruti Suzuki Baleno CNG price is between Rs. 8-9 lakhs which may increase after the launch of the upcoming Baleno facelift.

Maruti Suzuki Swift is one of the most popular hatch-back in India and even in its latest avatar the car has continued to bring good sales numbers for the company. Now Maruti is ready to launch the much-awaited CNG variant of the Swift hatch in 2022.

Expected Maruti Suzuki Swift CNG price is between Rs. 7-8 lakhs and will use the aforementioned 1.2L engine as the car has been seen testing a few times in camouflage.

Maruti will also launch CNG variant of another of its popular car the highest selling compact sedan in the country, the Maruti Suzuki Dzire starting price Rs. 5.99 lakhs. The earlier gen Swift Dzire was offered in the CNG guise but after dropping the Swift moniker and debuting in its current avatar, the car will see the introduction of CNG option. Expected Maruti Suzuki Dzire CNG price is between Rs. 7-8 lakhs and will get the same 1.2L bi-fuel powertrain option.

The biggest launch in the new CNG car space will be the launch of the all-new Maruti Brezza, which will get a comprehensive facelift, both inside and outside. The new Brezza will first be launched in its petrol-only guise after dropping the ‘Vitara’ name and will be launched in April/May this year.

The CNG variant will be launched later this year and the expected Maruti Suzuki Vitara Brezza CNG price will range between Rs. 11-12 lakhs and the car will continue to use the smooth, 1.5L petrol engine.