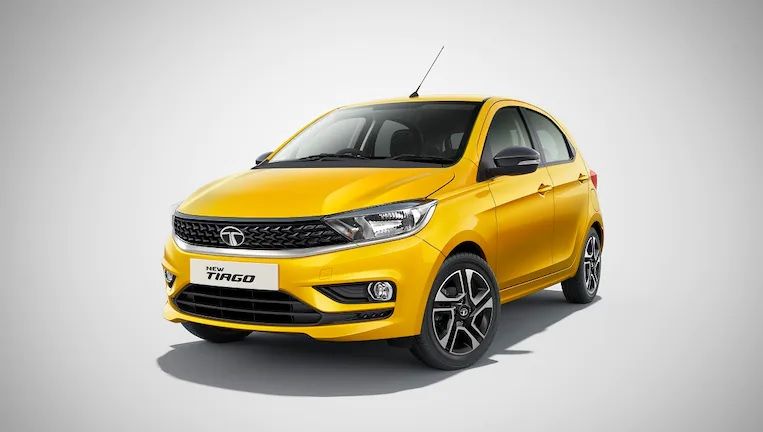 The Tiago i-CNG and Tigor i-CNG continue using the 1.2L three-cylinder petrol engine albeit with the CNG kits and now offer 73hp power and 95nm of torque mated to a 5-speed manual gearbox only. The petrol only cars offer 86hp power and 113nm torque which makes the CNG powered cars a bit less powerful but that is the case with every CNG car available. Tata may however offer the AMT variant in a future update for the vehicles.

The Tiago CNG and Tigor CNG are the only cars that could start their engines directly in CNG mode unlike their rivals from Maruti and Hyundai which require petrol power. This is an unique feature and a plus point for the company with ARAI-claimed mileage of both these CNG cars being 26.49km/kg, which is significantly less than the recently launched Maruti Suzuki Celerio CNG’s 35.6km/kg.

The Tiago CNG will be offered in four trims – XE, XM, XT, XZ+ – whereas the Tigor CNG will get only two trims – XZ and XZ+.

The features list is also similar to the petrol models and the fully-loaded variants will offer features such as projector headlamps with LED DRLs, 7-inch touchscreen infotainment with both Android Auto and Apple CarPlay, 14-inch wheels, 8-speaker Harman sound system, a digital instrument cluster, automatic climate control and more.

In terms of safety features the cars will offer dual airbags, ABS, rear parking camera with sensors and CSC (corner stability control). The petrol-powered Tiago and Tigor boast of a 4-star safety rating from the Global NCAP testing agency and it will be seen what safety ratings will the CNG versions get.

The CNG car market is dominated by Maruti and then followed by Hyundai with Maruti having the largest portfolio of CNG cars in India as well as being the highest selling CNG car manufacturer in the country. The Tata Tiago CNG will rival the likes of the Maruti Celerio CNG, Hyundai Santro CNG and the highest selling CNG car in India the Maruti Wagon R too.

Meanwhile, the Tata Tigor CNG will go up against the Hyundai Aura in the compact sedan segment with Maruti set to launch the Dzire CNG later this year.

The CNG car sales in India continue to grow and with another of the major car manufacturer launching CNG vehicles the number is set grow by a huge margin in 2022 as both Tata and Maruti plan to update nearly all their cars with CNG models by the end of this year.