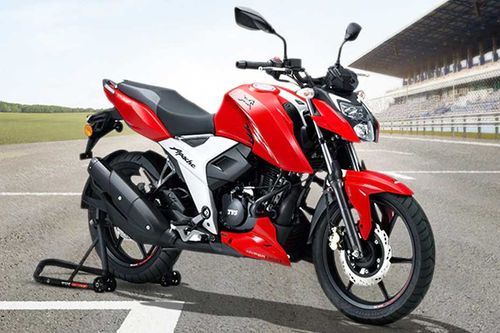 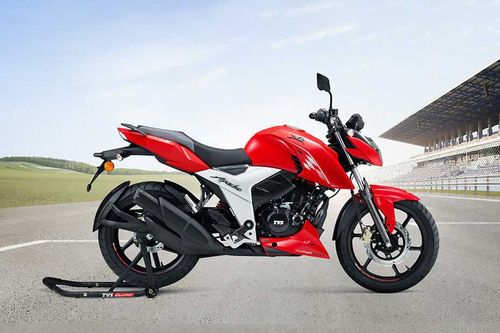 TVS Apache RTR 160 was the first bike of the hugely successful Apache series released in 2006 and raised the benchmark of expectations for bike-enthusiasts. In 2018, TVS came up with the first major upgrade for Apache RTR 160, transforming it significantly both in terms of design and dynamics. The reincarnated version is available in both carburetted and fuel-injected variants and looks wise it is very much similar to RTR 200 4V. You can experience the same LED pilot lamps, fuel tank design with extension, front fender, and 'double barrel' style exhaust. The motorcycle also comes with an all-digital instrument console displaying gear position indicator and lap timer along with all the standard features. Powering the new Apache RTR 160 is a 159.7cc single-cylinder four-valve oil-cooled mill churning out a maximum of 16.6 bhp on the fuel-injected version and 14.8 Nm of peak torque. The five-speed gearbox is soft and cushy, offering seamless shifts. The engine is quite refined and produces a little murmur around the 7500 rpm mark, which gradually disappear between 8,000 and 9,000 rpm. Overall, this high-performance motorcycle is worth buying it its segment.

5 Classic Bikes in India that should Come Back to Life

Manual to Electric, the changed two-wheeler market in India

The Ultimate Guide for Bike Maintenance

I bought an apache rtr 160 4v special editions for 1.64 lac and had to wait almost 3 weeks to get the bike delivered because of the new version the riding in the Bangalore traffic was ok and riding that in the rain was also good. Performance though is ok for the city. Good bike in 160cc range.

The bike is good, maintenance is a bit higher side but mileage is good so if you consider mileage then it is low cost to handle and speed is ok as the bike is 160cc so you can not expect too much mileage and speed and spare parts are available at service centers but the mechanics do not have much knowledge of bs6 bikes there so service issue is there overall good bike just go for it ... I think its good choice over ns, gixxer, extreme and fz. 5

No, the TVS Apache RTR 160 4V does not has LED headlights