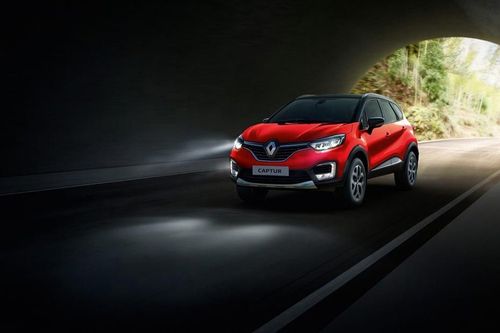 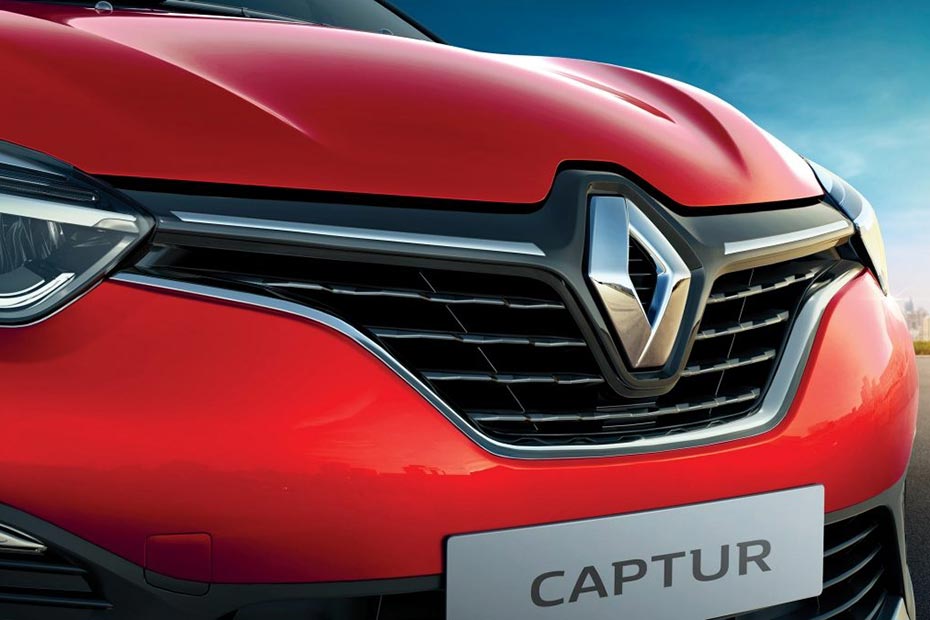 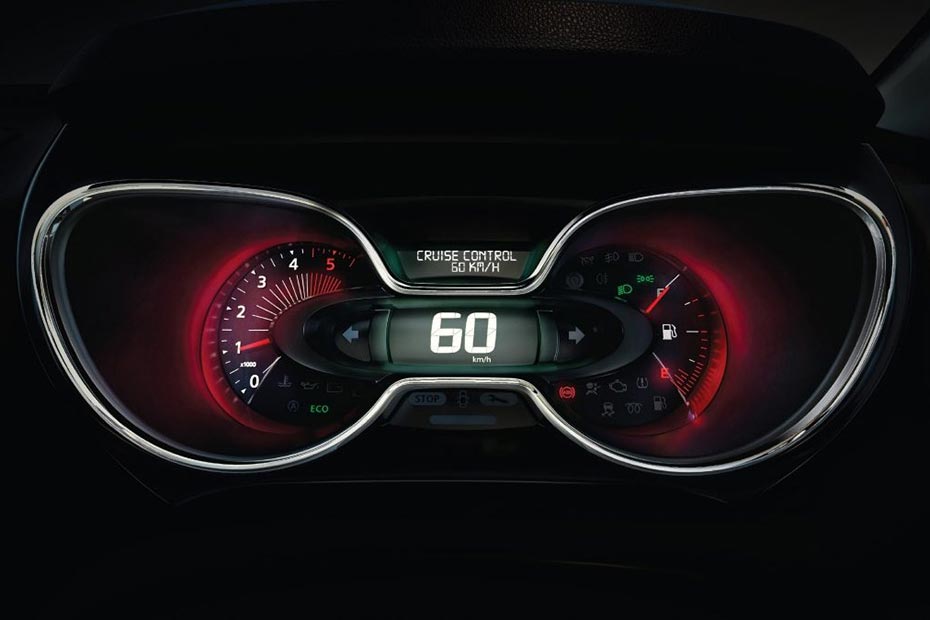 The Renault Captur is a crossover by Renault that has been built on the BO platform and is the first car in India to come with Renault’s new design language. This five-seat premium crossover from the brand has been placed above the Duster SUV in the Indian market. The Renault Captur gets flared wheel arches and curvy lines on its body, instead of the traditional square lines. A coupe-like effect can be seen on the roof due to the rising hemline. The front of the car comes with a horizontally slotted smiley grille and Renault’s diamond logo at the centre. The top-spec model also has full LED headlamps, C-shaped DRLs, LED tail lamps, and 17-inch diamond-cut alloys.

The cabin of Renault Captur comes in the white and gold interior and the AC vents get the chrome inlays. The cabin gets leather upholstery and an electrically adjustable driver seat. The centre-console of the car has a 7-inch touchscreen display. It has Bluetooth connectivity, voice command and GPS navigation. As standard features the car gets automatic climate control, steering mounted audio controls, electrically operated wing mirrors, and cruise control. The safety features of the car include dual front airbags, ABS and EBD, hill-start assist, brake assist, electronic stability control, rear parking sensors, and ISOFIX for child seats.
The Renault Captur gets the same engines like the Renault Duster. The 1.5-litre H4K petrol engine churns out 108bhp of maximum power and 142Nm of peak torque. This engine comes with a five-speed gearbox. The 1.5-litre K9K diesel engine produces 109bhp of power and 240Nm of peak torque. It comes mated to a six-speed manual gearbox. The petrol engine also gets a CVT transmission option but the diesel engine only has a manual transmission option.

Renault Captur CNG is not available in India.

No, Renault Capturis not available with diesel fuel in India.

The Renault Captur is available in AMT.

The Renault Captur top speed is around 170km/h.

Renault Captur has a fuel tank capacity of 48L

No, the Renault Captur does not have a sunroof.

Renault Captur has a space to accommodate five adults in 2+3 seating configuration.