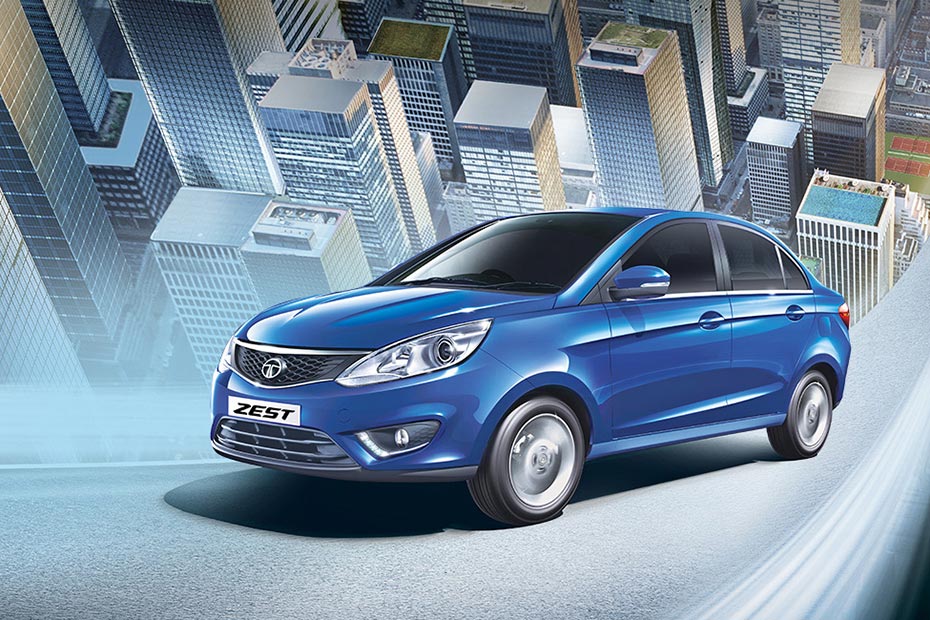 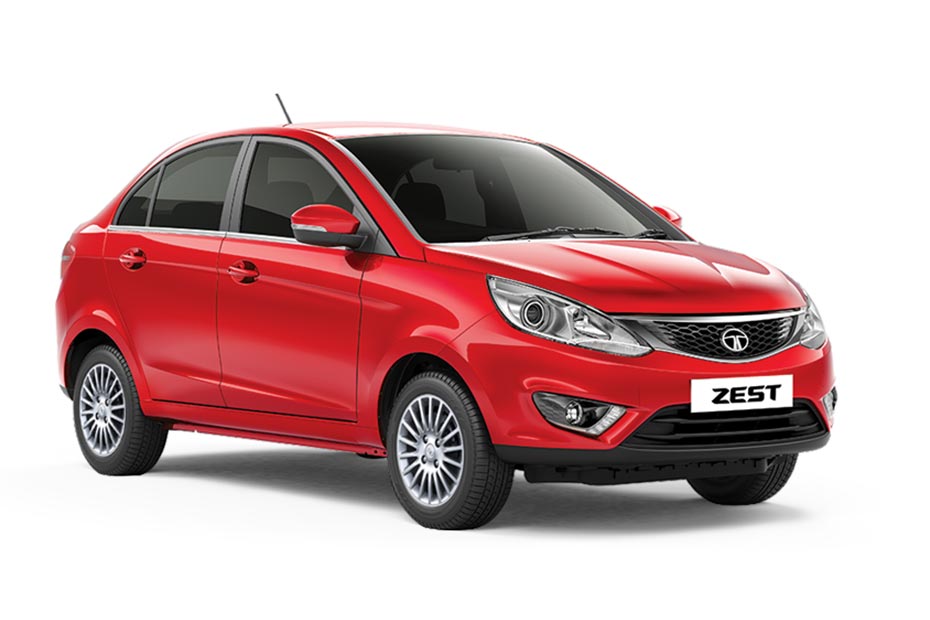 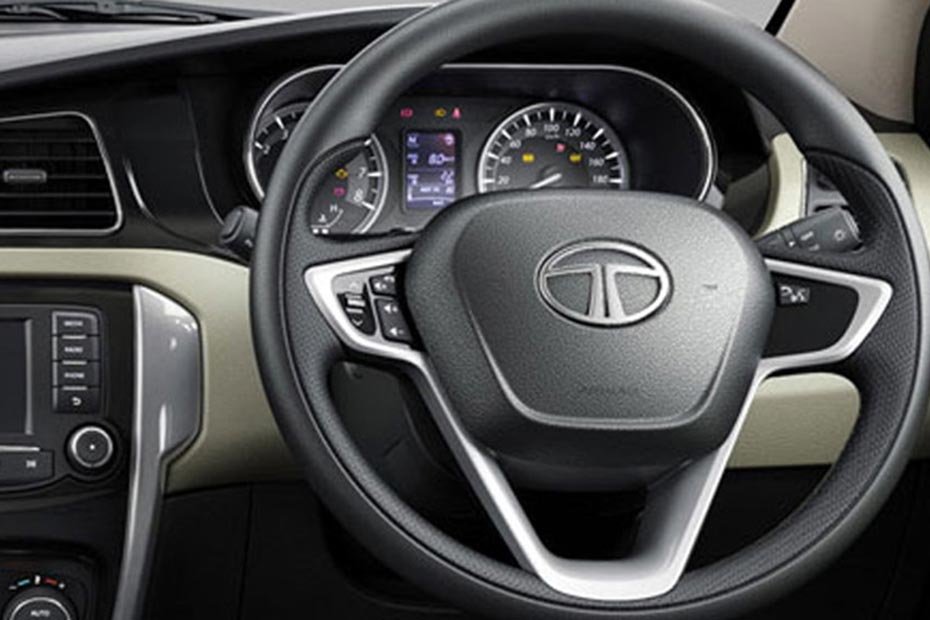 Tata has launched the Tata Zest with a new look. With the same silhouette, everything else is new about the Zest. The grill comes with a new honeycomb design and a bolder logo. The hood has a ‘power bump’, which gives a sporty look. Tata has given this car an aggressive bodywork. There are 15-inch alloy wheels and the bottom of the window line gets a chrome strip.

Inside, Tata has removed the central instrument cluster and placed it in front of the driver. The steering wheel is new and has controls for the audio system, voice commands, and phone. The instrument cluster also has a better design with white backlighting. It has the tachometer on the left, speedo on the right and multi-function display in the center. The car has large and comfortable seats. With ample space for the passengers, the boot also has a decent amount of space. Zest is also wider than other cars in the segment. The safety features of the car include two airbags and ABS, EBD and Corner Stability Control.
Coming to the engines, the car has a turbocharged, intercooled diesel engine that generates 90bhp and 200Nm. The torque peak is available from 1750rpm up to 3000rpm. Coming to the petrol engine, Tata Zest is powered by the 1.2-liter turbocharged Revotron engine, which produces 90bhp and 140Nm. Like the diesel, the peak torque is available from 1750 to 3500rpm. This engine is quite smooth, refined, and doesn't make a lot of noise. The suspension has McPherson struts in the front, and twist-beam rear. The handing of the car is also great. The car drives excellent at fast as well as slow speed. The Tata Zest has improved tremendously as compared to before.

Tata Zest starting price is Rs 5.75 Lakh for the base model while the Tata Zest top model price is Rs 9.89 Lakh

Tata Zest CNG is not available in India.

No, Tata Zestis not available with diesel fuel in India.

The Tata Zest is available in AMT.

The Tata Zest top speed is around 170km/h.

Tata Zest has a fuel tank capacity of 48L

No, the Tata Zest does not have a sunroof.

Tata Zest has a space to accommodate five adults in 2+3 seating configuration.