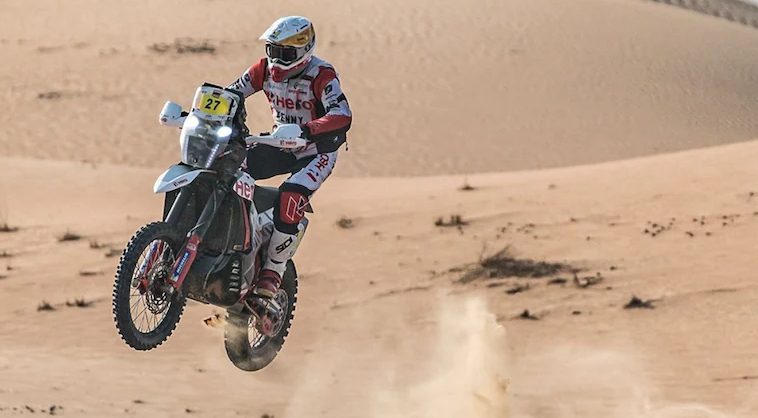 Hero MotoSports Team Rally has finished the third stage of the Abu Dhabi Desert Challenge with its riders finishing well inside the top 10 positions.

This time Joaquim Rodrigues, led the charge and recorded a strong 4th place finish for the team.

Starting the stage behind his teammate Sebastian Buhler, Rodrigues soon caught up with him and tackled most of the stage together. 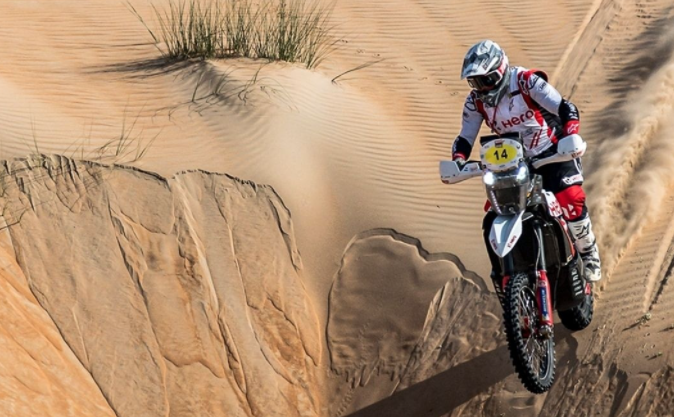 Technical issues occurred for Franco Caimi’s during stage 2, which did not allow him to start stage 3, the second day of the marathon stage.

Wolfgang Fischer, Team Manager, Hero MotoSports Team Rally said, “Franco suffered a technical issue during stage 2 and unfortunately could not arrive at the finish line. Although he once again displayed his calibre with exemplary performance in the fight for the podium.

Though his first Abu Dhabi experience has come to a premature end, he will now focus on arriving at Dakar with maximum preparation.”

In the overall rankings, Rodrigues strengthened his hold on the 5th position, while Buhler has shot up to 6th place. The third stage of the rally covered a further 293km of specials and, as has been the trend in this rally, the stage was entirely in the dunes. As the second leg of the marathon stage finished, the riders were reunited with their teams in the Bivouac. The next stage, which is the second and last stage of the rally, will expose the riders to another 400km in the desert, including over 250km of special stages.