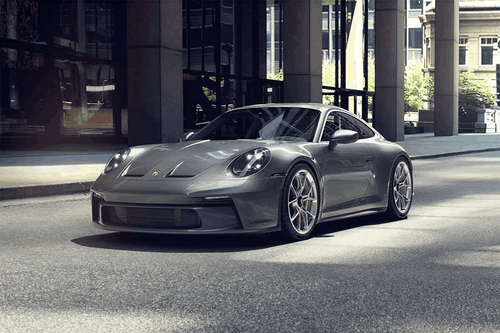 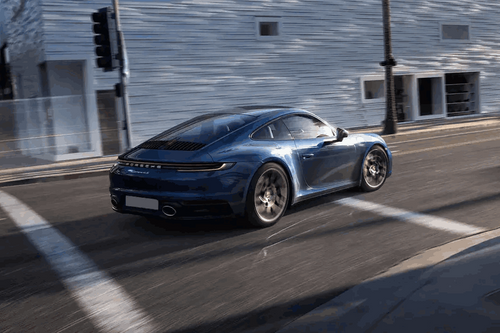 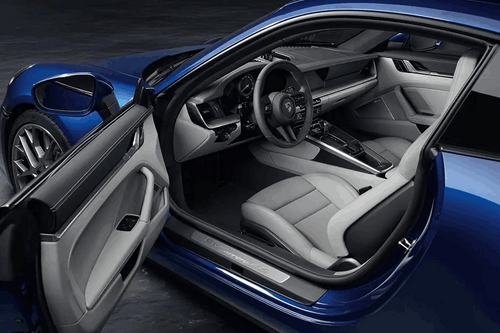 The eighth-generation Porsche 911 is available in India in two variants - 911 Carrera S and the 911 Carerra S Cabriolet. The car is based on the new MMB platform which also underpins the next-gen 718 Cayman and 718 Boxster models. The new 911 Carrera still has its iconic style with mild tweaks for a fresh look. The car now comes with a wide-body look which was earlier available only on the older generation cars. The rear now comes with a distinctive light strip. The Porsche 911 now gets a 20/21-inch wheel setup on the front and the rear.

The interior of the new 911 Carrera S is a perfect blend of iconic styling and modern technology. There is a 10.9-inch touchscreen infotainment system on the centre console and a drive mode selector on the steering wheel. The car comes with an analogue central tachometer to retain its classy look. The standard safety features of the car include an autonomous emergency braking, night vision, wet driving mode, and adaptive cruise control.
The new Porsche 911 is powered by a 3.0-litre twin-turbocharged petrol engine that churns out 444bhp of power and 530Nm of peak torque. It generates 30bhp more power than its predecessor. This engine comes with an eight-speed dual-clutch automatic transmission. The Porsche 911 Carrera S can go from 0 to 100 kmph in 3.7 seconds. By adding the optional Sport Chrono Package, the car goes from 0 to 100 kmph faster by 0.2 seconds. The Carrera S has a top speed of 308kmph, and the Carrera 4S has a top speed of 306kmph.

Porsche 911 Comparison with other Cars

Volkswagen Faces Decline in Profits but Less Than Feared

Top 5 Luxurious Sports Cars 2021, Give A Makeover To Your Garage

Porsche 911 CNG is not available in India.

No, Porsche 911is not available with diesel fuel in India.

The Porsche 911 is available in AMT.

No, the Porsche 911 does not have a sunroof.

Porsche 911 has a space to accommodate five adults in 2+3 seating configuration.