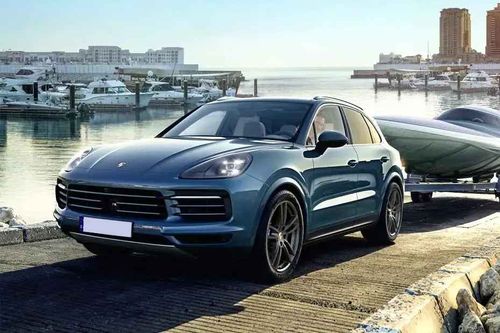 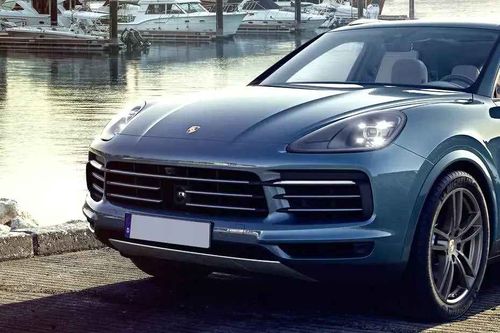 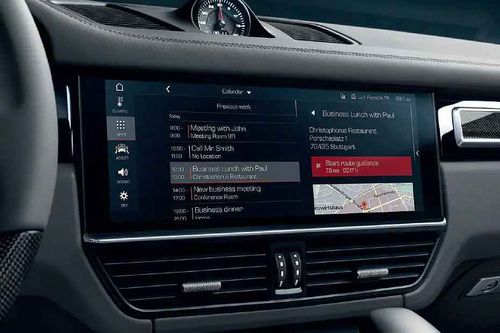 The third-generation Porsche Cayenne received a new platform, new design, updated interior, revised powertrain and a whole new list of features. The SUV also comes with the rear-wheel steering. The new-gen Porsche Cayenne has adopted the design language of the Porsche Macan. The headlamps now get the new four-point LED signature. The front bumper has horizontal slats and bigger air-intake vents. With a sharper silhouette, the car also has a sportier stance. The length of the car is 4,918 mm, which is 63 mm longer than the outgoing model. The width of the car is 1,983mm, has increased by 44mm. However, the height, however, has been reduced by 9mm. The wheelbase of the Cayenne 2,895 mm. The car now also comes with sleek LED taillights on the rear. The overall look of the new-gen Cayenne is sleeker and sportier. The new Cayenne is based on the MLB Evo platform of the Volkswagen Group. The shell of the car is made up of alloy, steel and aluminium. The battery is also lightweight. Thus, the SUV has shed 65kg of weight over the previous model and now weighs 1985kg.

The cabin of the Porsche Cayenne has a fresh look. It gets the new Porsche Advanced Cockpit integrated with the revised dashboard. There is a 12.3-inch infotainment touchscreen borrowed from the Porsche Panamera. The instrument cluster comprises of an analogue tachometer flanked by a seven-inch digital screen on either side. It has a lot of driving aids, and the boot space has also been increased to 770 litres.
The car is powered by a 3.0-litre V6 petrol engine that produces 340bhp of power and 450Nm of peak torque. The Porsche Cayenne S comes with a 2.9-litre turbocharged V6 engine that generates 440bhp of power and 550Nm of peak torque. The transmission duty is carried out by an eight-speed Tiptronic S. The Porsche Cayenne gives competition to the BMW X5, Mercedes-Benz GLE, Audi Q7 and the Range Rover Velar.

Porsche Cayenne Comparison with other Cars

Volkswagen Faces Decline in Profits but Less Than Feared

Top 5 Luxurious Sports Cars 2021, Give A Makeover To Your Garage

Porsche Cayenne CNG is not available in India.

No, Porsche Cayenneis not available with diesel fuel in India.

The Porsche Cayenne is available in AMT.

The Porsche Cayenne top speed is around 170km/h.

Porsche Cayenne has a fuel tank capacity of 48L

No, the Porsche Cayenne does not have a sunroof.

Porsche Cayenne has a space to accommodate five adults in 2+3 seating configuration.