Honda Motorcycle and Scooter India has launched the 2022 Honda CBR650R price Rs. 9.35 lakhs. The 2022 CBR650R is just a cosmetic update with no mechanical changes to the bike. The new bike will have two new colour options and few other cosmetic changes to the body. 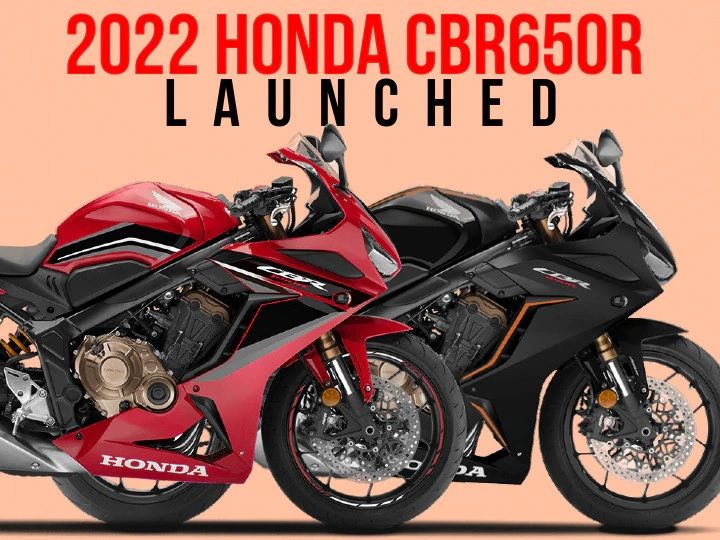 The new CBR650R continues to come via the Completely Knocked Down (CKD) route and buyers can now choose from two new colours, the Matte Gunpowder Black Metallic and the Grand Prix Red which get new graphics and stickers. The vertical stripes on the red colour are ditched for all-black horizontal stripes which start from the front indicators and move to the fuel tank to neatly merge into the seat. Also, the CBR650R badging is just under the handlebars on the fairing rather than the earlier position below the front indicators. The black colour just gets new orange highlights in place of the earlier red and all other things remain the same.

The Honda CBR650R bike uses the same 649cc, liquid cooled, inline-four-cylinder engine making 85.82bhp and 57.5nm of peak torque, wile mated to a 6-speed gearbox. The bike returns an ARAI-claimed mileage of 23kmpl and has a fuel tank of 15.4L.

The new Honda CBR650R is pricier by at-least Rs. 47,000, then the 2021 model, which makes this already expensive bike a more premium offering. It is still expensive than its direct rival, the Kawasaki Ninja 650 price Rs. 6.68 lakhs and even puts to shame the bigger Kawasaki Z900 price Rs. 8.5 lakhs to shame with its pricing.

Honda will continue to retail the new CBR650R through its dedicated Honda BigWing Topline dealerships which are few in the country and this decision by the company to just update the bike cosmetically to raise its price will disappoint prospective buyers as well as enthusiasts of this iconic sports bike.