5 Supercars that will blow your mind in 2022

With technology advancing rapidly, we are getting closer to when we can see cars that leave our imagination behind. A supercar is a high-performance vehicle designed and built for speed, style, and luxury. Most supercars are sports cars, but some luxury and exotic vehicles can be considered supercars. These vehicles typically have powerful engines, sleek designs, and advanced technologies that make them stand out from the rest. 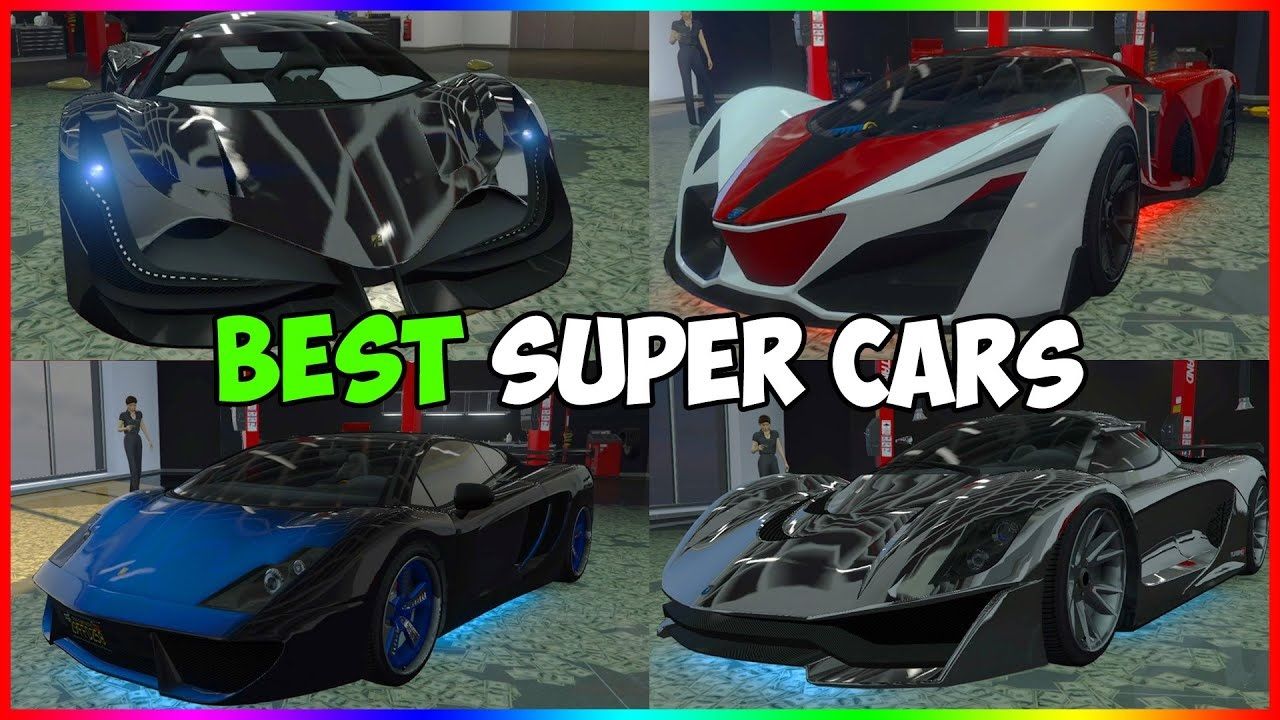 While there are many different supercars on the market, they all share one common goal: to provide drivers with an exhilarating experience behind the wheel. Whether you're looking for a fast sports car to take on the track or a luxurious exotic vehicle to impress your friends, there's a supercar out there that's perfect for you.

If you're in the market for a supercar, do your research to find the suitable model for your needs. There are many great options available, so it's important to compare features and prices before deciding. Finding the perfect supercar is more accessible with so many excellent choices on the market!

Supercars can be many things.

Many things can make a car be called a supercar. It could be the sleek and robust design, the high-powered engine under the hood, or even the top speed that the vehicle can achieve. Whatever sets a supercar apart from other cars, there is no doubt that these unique vehicles are some of the most coveted on the market today.

We're crazy about supercars for a lot of reasons.

There are many reasons the world is crazy about supercars.

● First, they are incredibly fast. Supercars can go from 0 to 60 mph in just a few seconds, which most people will never experience.

● Second, they are infrequent and exclusive. There are only a handful of supercar manufacturers globally, and each produces a limited number of vehicles each year. This makes them highly sought-after by collectors and enthusiasts.

● Finally, supercars represent the pinnacle of automotive engineering and design. They embody the latest and greatest technology that the auto industry offers, and their sleek designs turn heads wherever they go.

In this article, we will be discussing the top 5 supercars in the world for 2022. We will be looking at various factors to determine which cars make a list. These factors include but are not limited to performance, luxury features, and price. Please keep reading to see which cars made our list!

The Ferrari 812 Superfast is a two-seat grand tourer produced by Italian automobile manufacturer Ferrari. The car is powered by a 6.5-liter V12 engine that produces 789 hp and 530 lb-ft of torque. It has a top speed of 211 mph and can accelerate from 0–60 mph in 2.9 seconds—prices for the 812 Superfast start at INR 5.20 Cr.

The best thing about Ferrari 812 Superfast

There are many things to like about the Ferrari 812 Superfast, but here are three of our favorite things:

● First is the design. The 812 Superfast is a beautiful car, and its sleek lines and aggressive stance are sure to turn heads.

● Lastly, the sound. The 812 Superfast is equipped with a V12 engine that produces incredible power and an unforgettable sound. 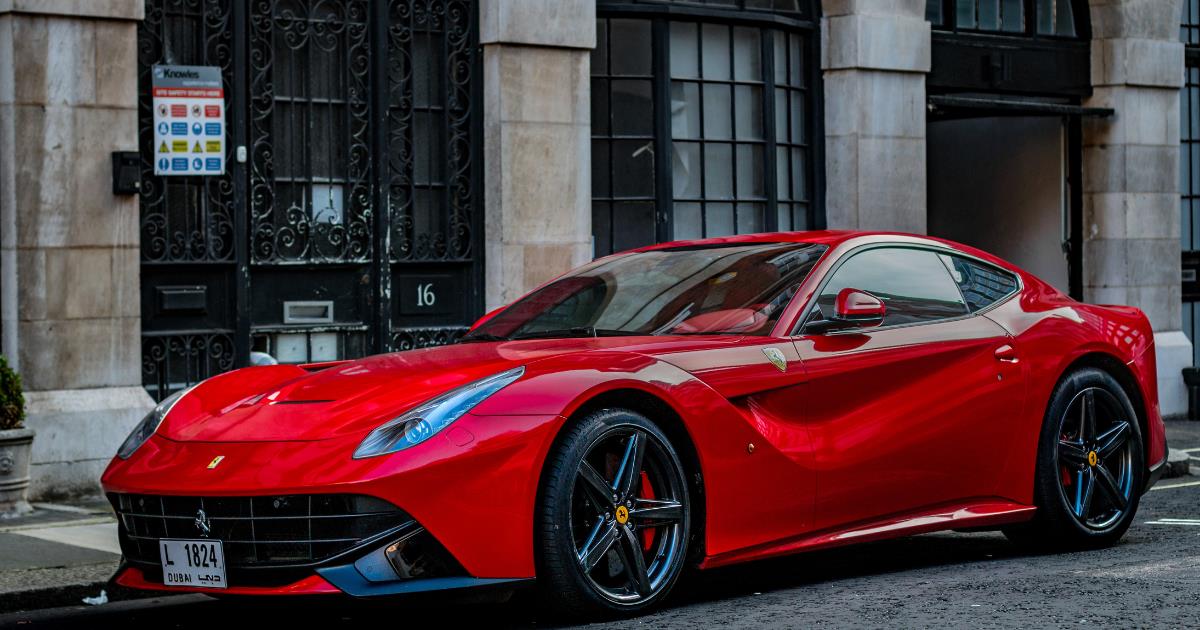 Whether you're accelerating hard or just cruising down the road, you're sure to enjoy the unique sound of this Ferrari engine.

The best thing about McLaren 720S

In a word, the McLaren 720S is simply stunning. Both inside and out, every design element has been carefully considered and executed to perfection. The result is a supercar that looks like it came straight from the future. And while the exterior design is certainly eye-catching, the car's performance will really take your breath away.

The McLaren 720S is equipped with a twin-turbocharged 4.0L V8 engine that produces an astonishing 710 hp and 568 lb-ft of torque. This allows the car to sprint from 0-60 mph in just 2.9 seconds and reaches a top speed of 212 mph. In other words, this thing is fast! But it's not just about raw speed – the 720S handles beautifully too.

Thanks to its carbon fibre chassis and advanced aerodynamics, this car corners like it's on rails. Whether you're driving on the street or hitting the track, the 720S provides an incredible experience behind the wheel.

When it comes down to it, there's really nothing not to love about the McLaren 720S. It's a genuinely exceptional supercar in every sense of the word and sets new standards for performance and design alike. If you're lucky enough to get behind the wheel of one, you'll be sure to understand why this car is so particular. 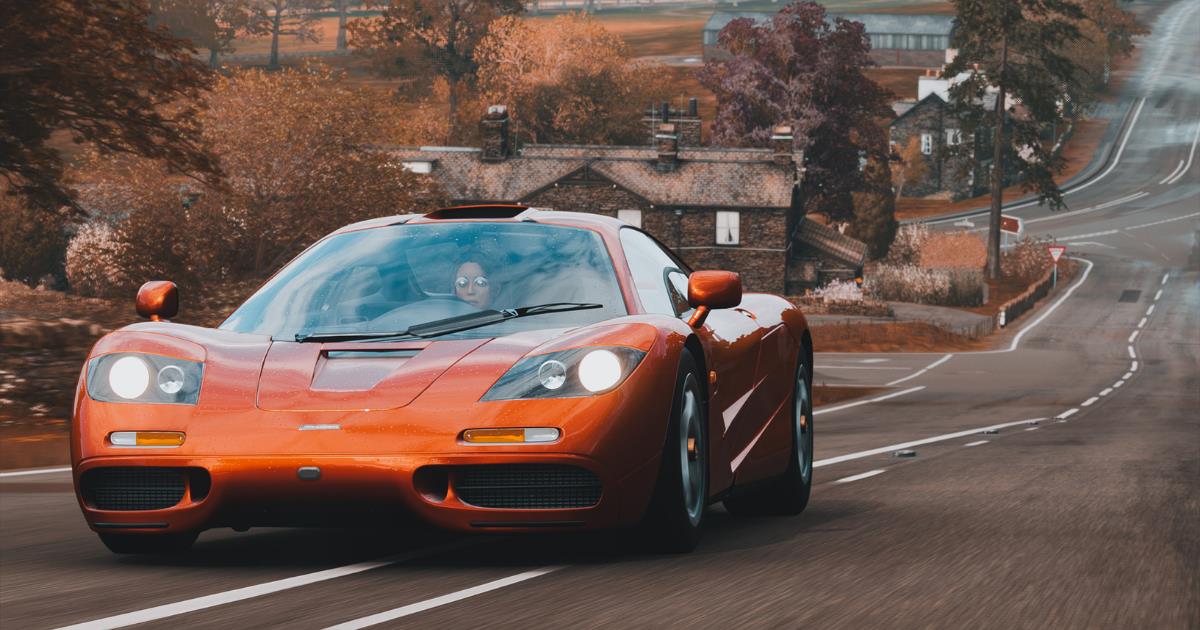 the Lamborghini Aventador SVJ. This car is a work of art, with its sleek lines and aerodynamic design. It’s also packing a serious punch, with a V12 engine that produces 740 horsepower. The Aventador SVJ can go from 0 to 60 mph in just 2.8 seconds, and it has a top speed of 217 mph.

There are many things to love about the Lamborghini Aventador SVJ, but three of our favourites are here. First, the Aventador SVJ is simply stunning to look at. Its sleek lines and aggressive stance make it one of the most visually appealing cars on the road today.

Second, this car is an absolute beast on the track. With a top speed of over 217 mph and a 0-60 time of just 2.8 seconds, it's easy to see why the Aventador SVJ is a favorite among racing enthusiasts.

Finally, the Aventador SVJ comes with a price tag that matches its performance levels; at over INR 6.25 Cr, it's one of the most expensive cars today.

If you're looking for a supercar that oozes luxury and sophistication, look no further than the Lamborghini Aventador SVJ. This vehicle has everything you could ever want in a high-end sports car; from its incredible performance levels to its breathtaking design, there's nothing not to love about the Aventador SVJ. 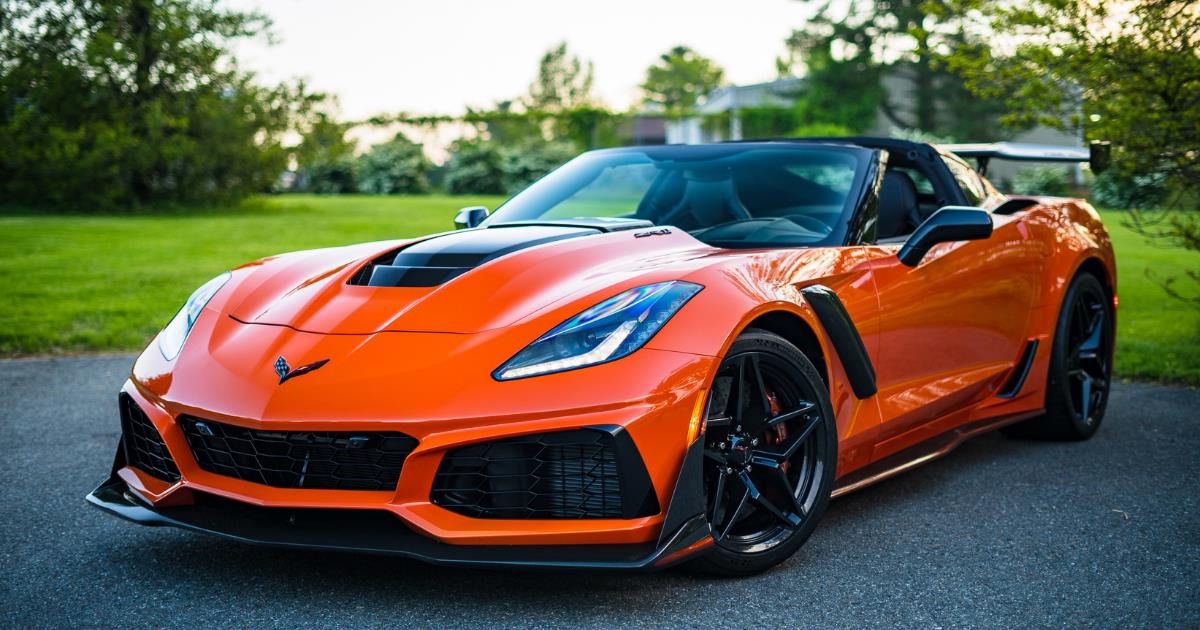 The Porsche 911 GT3 is a high-performance sports car introduced in 1999. The GT3 is the top-of-the-line model of the 911 range and features a naturally aspirated flat-six engine with a displacement of 3.6 litres. This engine produces 450 horsepower and can propel the car from 0 to 60 miles per hour in just 4 seconds. The GT3 also features an updated suspension and bodywork, making it one of the most track-focused cars available.

Despite its high-performance credentials, the GT3 is still a usable everyday car thanks to its comfortable interior and impressive fuel economy with the price range starting from ₹ 2.50 Crore. The 911 GT3 has won numerous awards, cementing its place as one of the best sports cars ever made. If you're looking for an actual driver's car, then the Porsche 911 GT3 is worth considering.

The best thing about the Porsche 911 GT3

There are plenty of reasons to love the Porsche 911 GT3. It's a pure driving machine, built for those who love nothing more than taking their car out on a twisty back road or track. Thanks to its well-tuned suspension and communicative steering, it's speedy and still manageable. And it looks stunning, with its low, wide stance and aggressive bodywork.

But above all else, the thing that makes the 911 GT3 so unique is how it makes you feel behind the wheel. Every time you get in and fire up the engine, you can't help but crack a smile. It's the perfect blend of performance and fun, and it's impossible not to have a good time when you're behind the wheel. 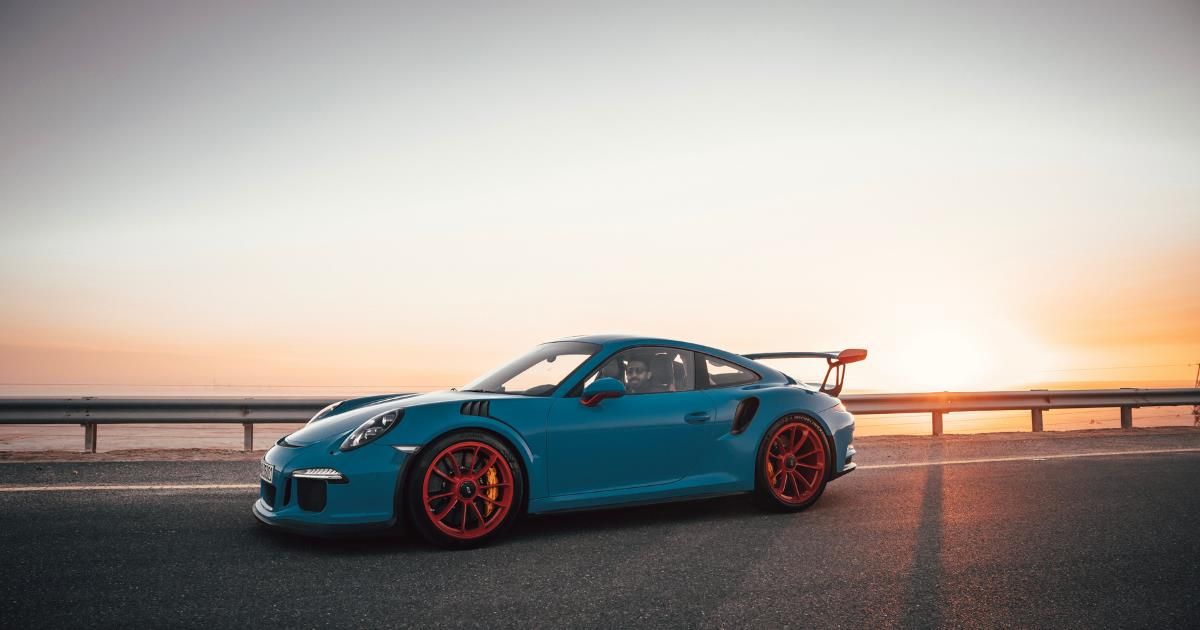 The name "Tributo" pays homage to both the company's founder Enzo Ferrari and its most powerful naturally aspirated V8 ever produced - the 3.9-litre unit that powers it both in terms of output (710 CVS) and a specific weight (185 cv/l). This extraordinary engine allows for acceleration from 0 to 100 km/h in 2.9 seconds through to a top speed of 340 km/h, making it one second faster than its predecessor across the board despite being some 80 kilos lighter, thanks also to extensive use of lightweight materials such as Inconel exhaust system pipes and titanium alloy wheels with hubcaps made using lost wax casting technology derived from Formula 1.

The best thing about FerrariF8 Tributo 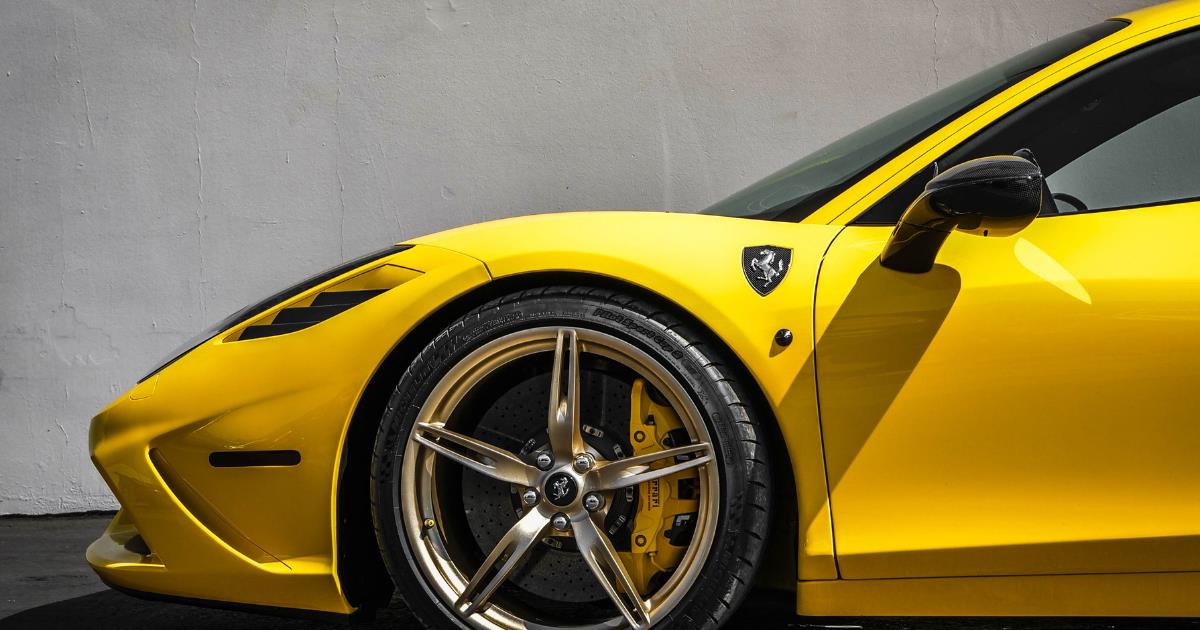 There are many things to love about the Ferrari F8 Tributo. First and foremost, it's a gorgeous car. The sleek lines and aggressive stance make it look like a true Italian supercar. Secondly, it's incredibly fast. With a twin-turbocharged V8 engine that produces 710 horsepower, the F8 Tributo can sprint from 0-60 mph in just 2.9 seconds. Thirdly, it's loaded with high-tech features and driver aids that make it easy and enjoyable to drive at the limit.

These factors combine to make the Ferrari F8 Tributo one of the most desirable cars on the market today. If you're lucky enough to get your hands on one, you'll be driving one of the best cars money can buy with the price range of Price: Rs.4.02 Crore.

In conclusion, five supercars will blow your mind in 2022. These vehicles are sure to amaze, from the latest and most advanced technologies to jaw-dropping design.

Start saving your money now to add one of these fantastic cars to your collection.