Royal Enfield is one of the most popular and likeable motorcycle brands in the country. Not always do the youngsters show their affection towards Royal Enfield, but every age of Bike Lover wants to ride this retro piece. Royal Enfield popular models in the market include Classic 350 and Bullet. These motorcycles are also perfect for modifications and we have seen several examples of the same in the past. 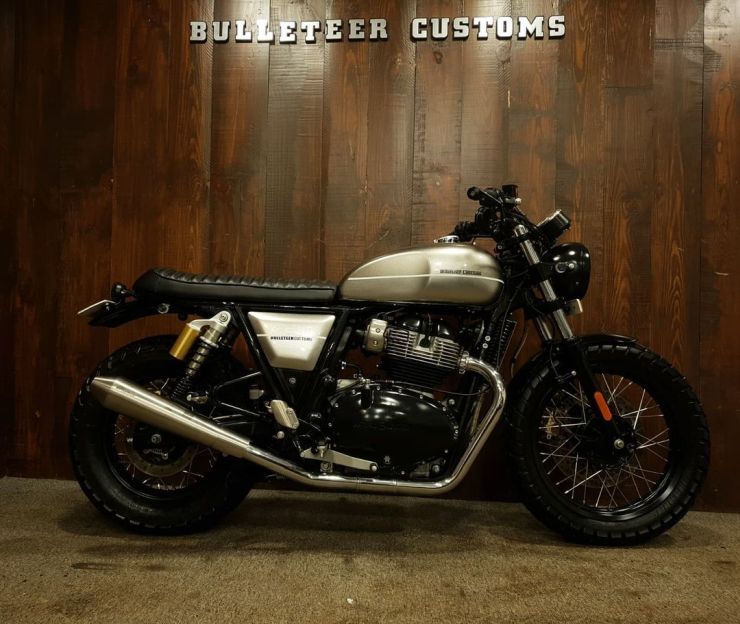 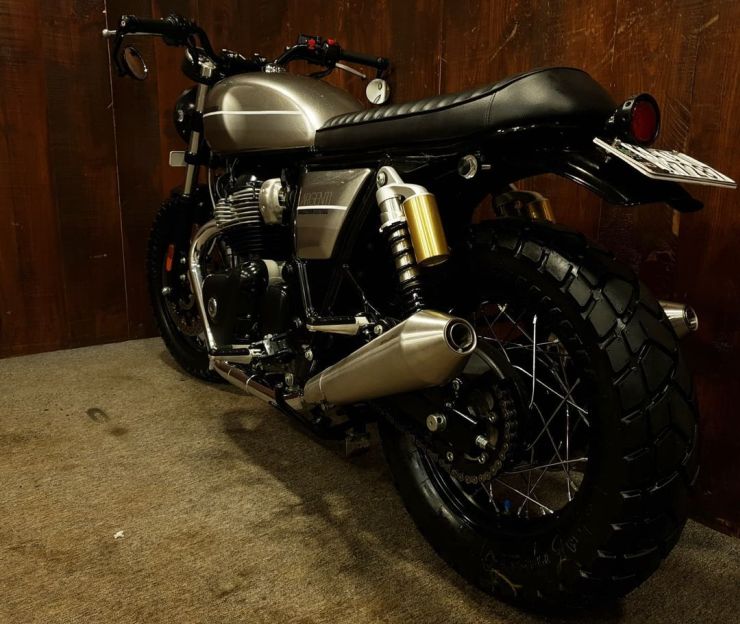 A Bulleteer Customs is a well known Royal Enfield customiser from Bangalore. This all-new creation is known as ‘Argenti’. It is based on a Royal Enfield Interceptor 650 and has been completely transformed into a scrambler. 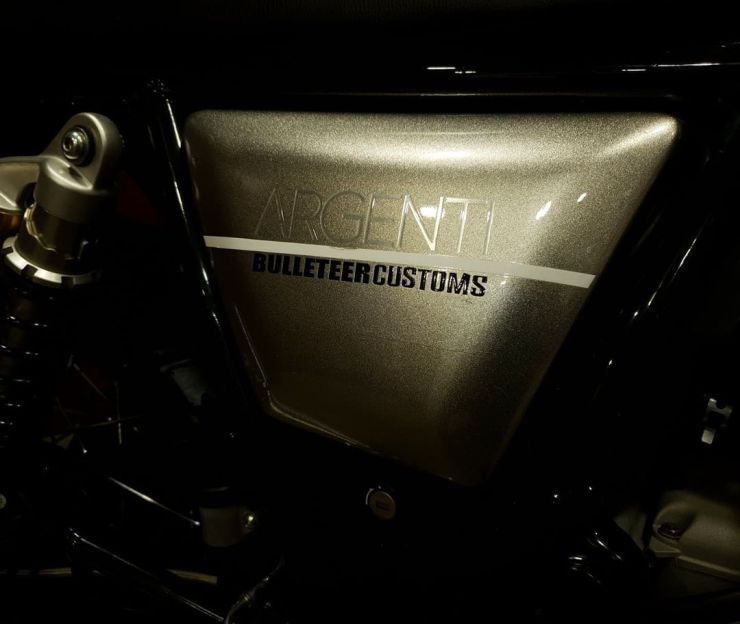 The chrome finish that is normally seen in Interceptor 650 has been completely blacked out. The spoke steel rims are retained but, they are blacked out as well. The bike now gets chunky looking dual-purpose tyres. 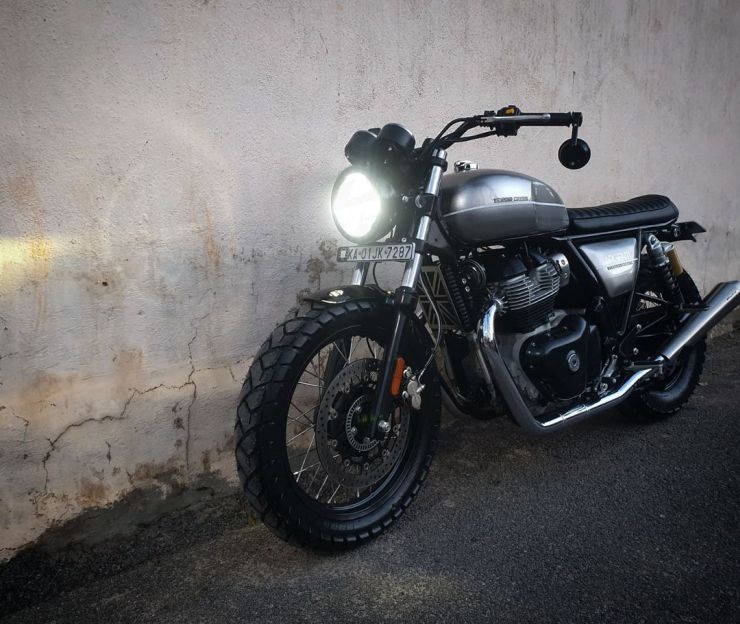 These tyres alone changed the look of the bike. The stock mudguard was replaced with a smaller unit and headlamps was also replaced. It is a round unit but, it now comes with LED lights in it. Turn indicators are placed right next to the headlamp. The motorcycle also gets bigger disc brakes at the front.

Coming up, the twin-pod instrument cluster on the motorcycle has been retained but, the handlebar has been modified. A set of bar end mirrors are also installed on the motorcycle. The seats on this Interceptor 650 has been replaced with a custom made single piece flat seat which is seen in many scramblers. It is of the same shape as the stock seats in Interceptor.

At the rear, the number plate is placed on rthe ear mudguard and a custom made tail lamp is placed right behind the seat. LED turn indicators are placed on either side of the seats. The side panels on this motorcycle are custom made units. They have Argenti branding on them. Other modifications on this motorcycle are the exhausts. The stock dual exhaust setup in Interceptor 650 has been replaced with an aftermarket unit from PowerEdge performance. The main attraction of this motorcycle however is its paint job. The bike gets hyper silver shade which looks absolutely gorgeous on it. 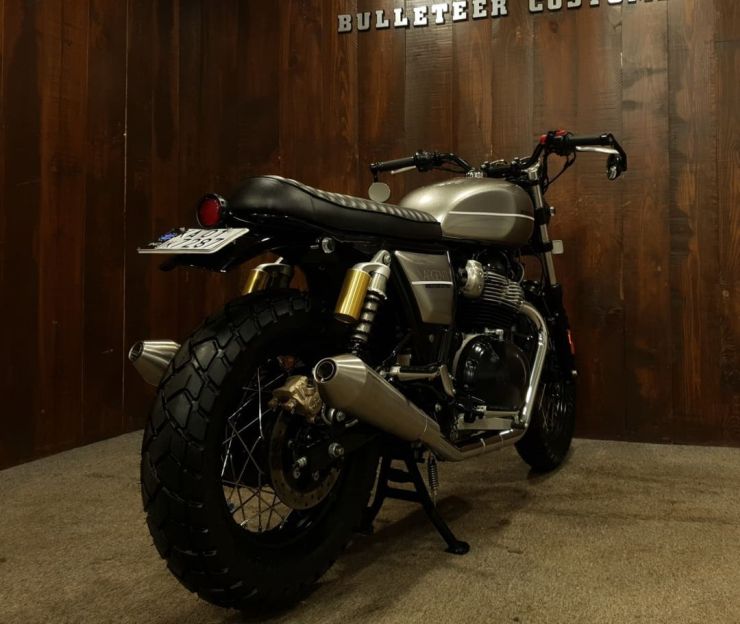 The combination of black and silver completely changed the overall looks and character of the motorcycle. The name Argenti is actually the chemical name of silver in Latin and is named after that. It is not known whether any upgrades have been done to improve the performance of this motorcycle. Royal Enfield Interceptor 650 is one of the most affordable twin-cylinder motorcycles one can buy in India. Like many other Royal Enfield motorcycles, Interceptor 650 also has a huge fan following around the world. 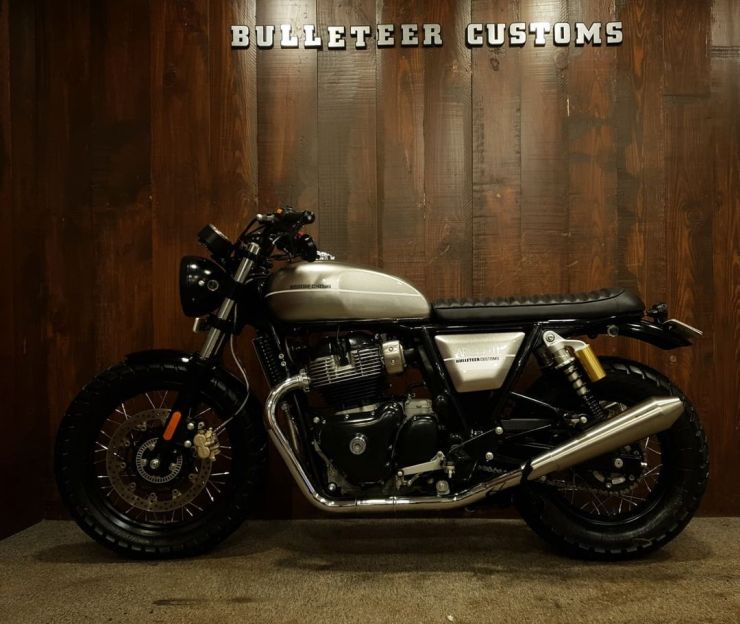 The Interceptor 650 is powered by a 648-cc, twin-cylinder, fuel-injected engine that generates 47 Bhp and 52 Nm of peak torque. It is mated to a 6-speed gearbox.