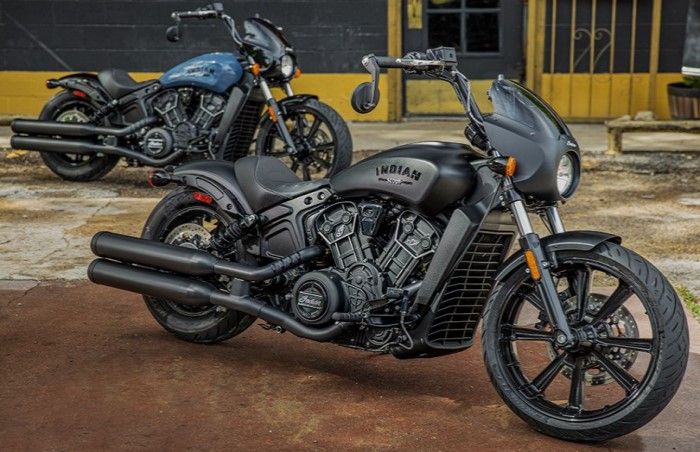 Indian has introduced their most aggressive of the Scout family. The American born company being the first motorcycle company of the country, has never let down the expectations of their consumers. This latest beast of a machine from the Scout family fits in flawlessly with the Scout family and has some resemblance to Scout Bobber. Indian Motorcycles has finally unveiled the 2022 Scout Rouge, which is the fourth motorcycle in the organization's 1133cc cruiser segment and has a sportier outlook.

Compared to other scout series bikes the Scout Rogue has separated itself in terms of features like 19-inch front wheel, mini-ape handlebar, and a comfortable back bended single seat. Different pieces that stand apart on the Indian Scout Rogue are the all black motor, handlebars, exhaust and wheels. In addition, Indian Motorcycle have given the Rogue other colour choices, in particular Black Metallic, Black Smoke, Black Smoke Midnight, Sagebrush Smoke, Stealth Gray, and Storm Blue.

The Engine in Indian Scout Rogue consists a power of 1,133cc, V-twin which generates 100hp and is attached to a 6-speed gearbox. Suspension includes a telescopic adjustable fork at the front and dual shocks on the back. Both, the 19-inch front and a 16-inch back edges are shod in Metzeler Cruisetec tires. It weighs total of 238kg and when fuel tank is completely filled, it weighs 247kg. The Rogue has a seat height of 649mm and ground clearance of 129mm. With a single seat and Indian provides with an accessory seat, backrest for pillion.

Currently it has launched for overseas audience, there are no reports yet on this bike coming to India, since it will come through the CBU route and its price after the import duties may not be competitive enough.