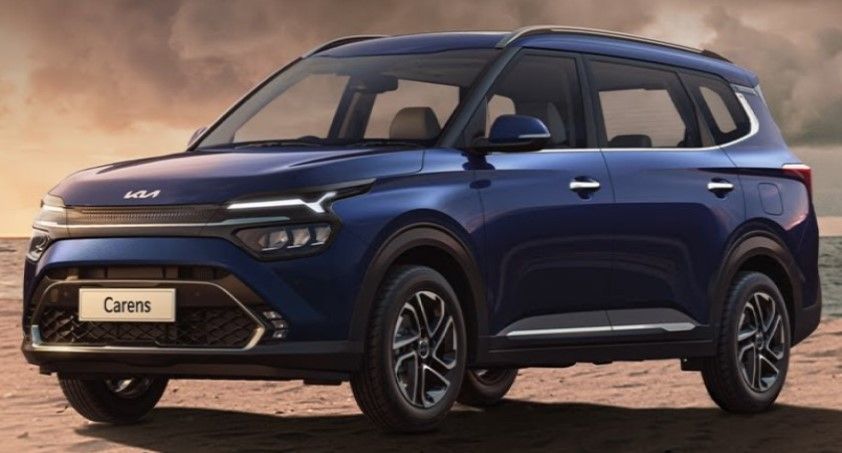 Kia India has officially unveiled the 2022 Kia Carens price Rs 8.99 lakh in India, one month after the unveiling. The 2022 Carens MPV was one of the hotly anticipated cars in 2022, with over 19,000 official bookings, the deliveries will commence immediately. The Kia Carens is the first product in 2022 from the Korean brand and it will be followed by the 2022 Kia Seltos facelift later this year.

As we had earlier covered about the Carens MPV, it will come fully loaded in 5 variants with 6 and 7-seater options, as well as different engine and gearbox combinations, thus, giving the prospective buyers ample choices to choose from. This has been the hallmark of Kia in India as they continue to offer the longest variant lists for their cars be it the Kia Seltos SUV, Kia Sonet SUV or the Kia Carnival MPV.

Here are the full details of the 2022 Kia Carens MPV in India:

The 2022 Carens design is a fresh breath of air in the MPV segment with a radical design language, making it look more like an SUV from the front and rear, which makes it stand out among other cars of its category. The front gets a sleek grille embellishment adorned by a chrome strip which connects the Y-shaped LED DRLs. The main headlamp unit is housed under the DRLs, in the front bumper with LED projector offerings. Their is a large central air-dam surrounded in chrome and flanked by three, cube shaped LED foglamps placed on top of each other. From the sides, the Carens looks like an MPV, with that long length with an upright stance. It gets plastic body cladding and a chrome strip on the rising window line. The crease from the headlamps merge into the doors and rise again to meet the taillights, while it gets 16-inch alloy wheels. The rear of the car again looks more like an SUV with a clean boot and a large KIA logo in the middle, with a red reflector strip joining the taillights, which are based on the star map constellation. The rear bumper is chunky with chrome surrounds. 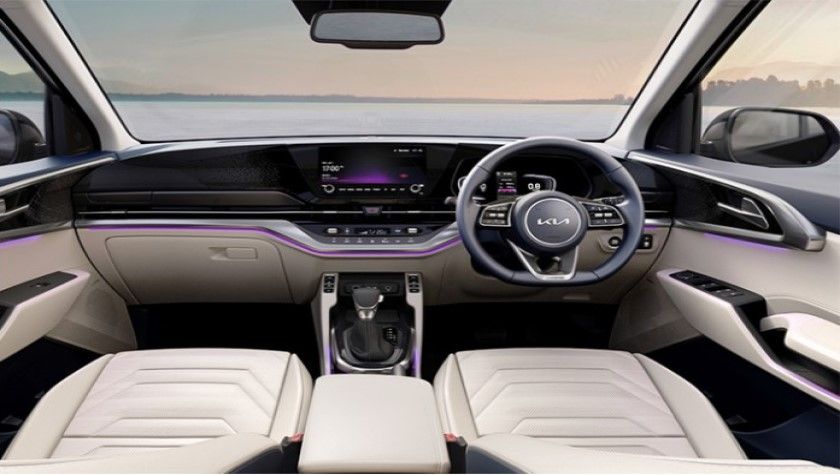 The interior of the Carens is just as radical as the outside with a textured top for the dashboard and a layered design. The dashboard houses the 10.25-inch touchscreen infotainment screen and the digital instrument cluster, while a chrome strip runs through the entire width of the dash and houses the air con vents. A silver finished plastic panel houses the touch sensitive climate control panel and under it is the ambient lighting in 64 different colours.

The top model of the Carens MPV is the, Kia Carens Luxury Plus price Rs 16.99 lakh, which undercuts another of its rival, the Toyota Innova Crysta price Rs 17.30 lakh to 25.32 lakh.

With the Carens MPV, Kia is looking to occupy that Rs 12-15 lakh space in the MPV segment, where there are no cars from any of the rivals apart from a few sedans or a host of SUVs. The Kia Carens will certainly appease those buyers who want a premium family mover but don't want to buy a bulky SUV.