The latest RE is here at a competitive price tag! The Hunter 350 price in India starts at Rs 1,49,900 and will be sold in 3 options. The RE Hunter Metro version sports alloy wheels. 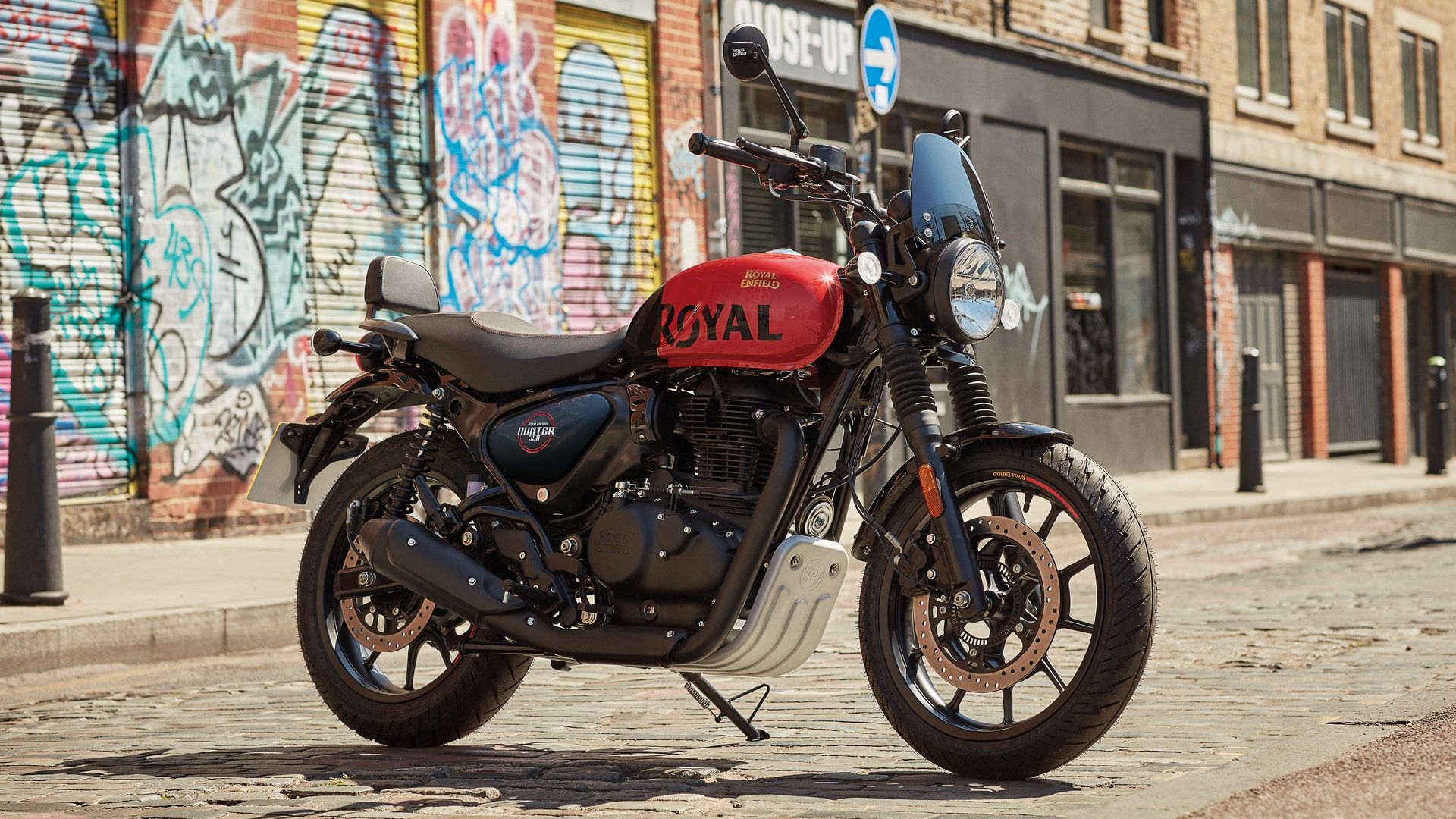 Royal Enfield Hunter 350 motorcycle has been launched finally, today in Bangkok, Thailand, and bookings for the new RE neo-retro roadster all over India also begins today. The RE Hunter's selling price is fixed at Rs 1,49,900 (ex-showroom price in Delhi). 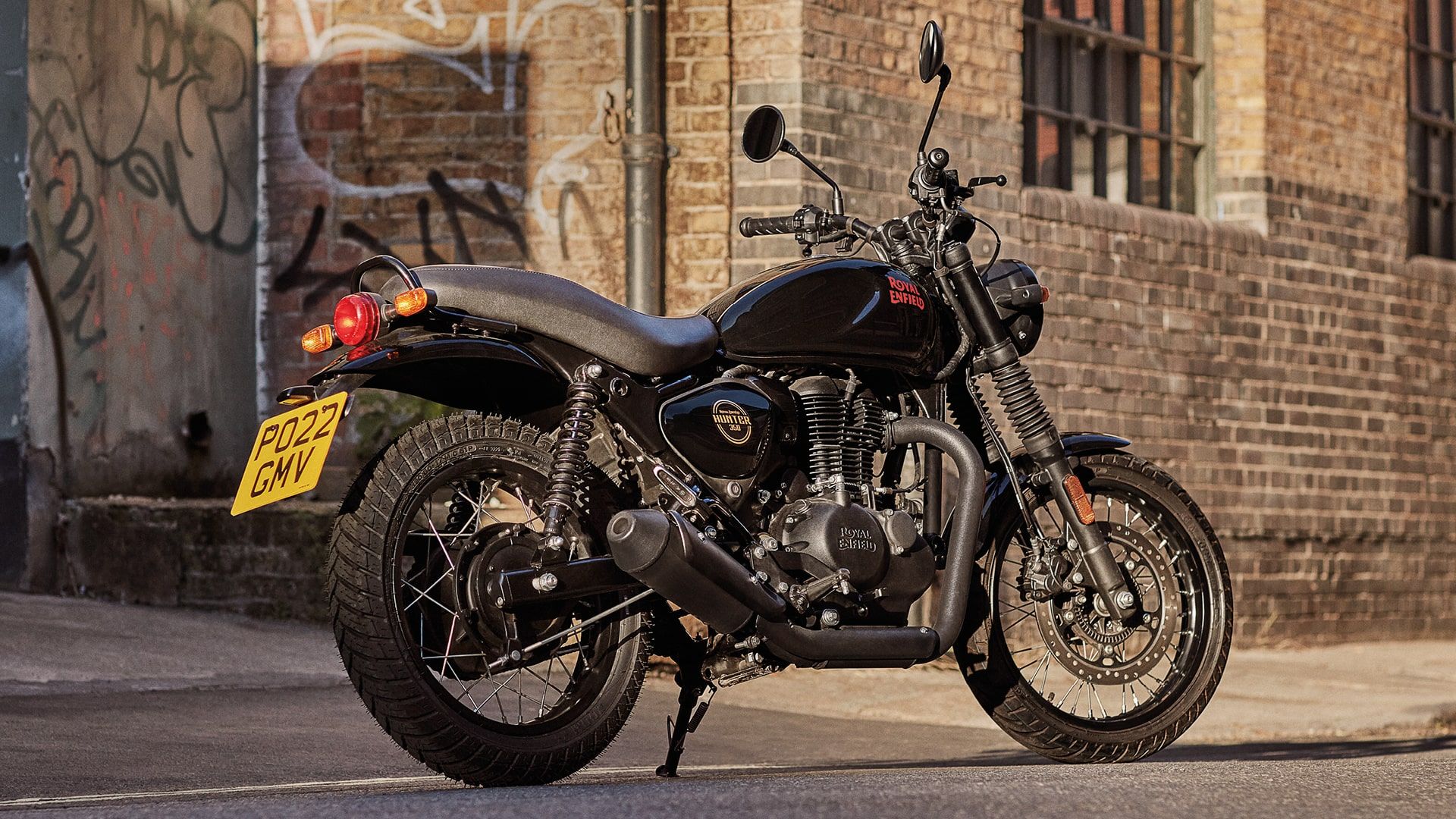 Mentioned below are prices for the newest Royal Enfield bike's variants in India: 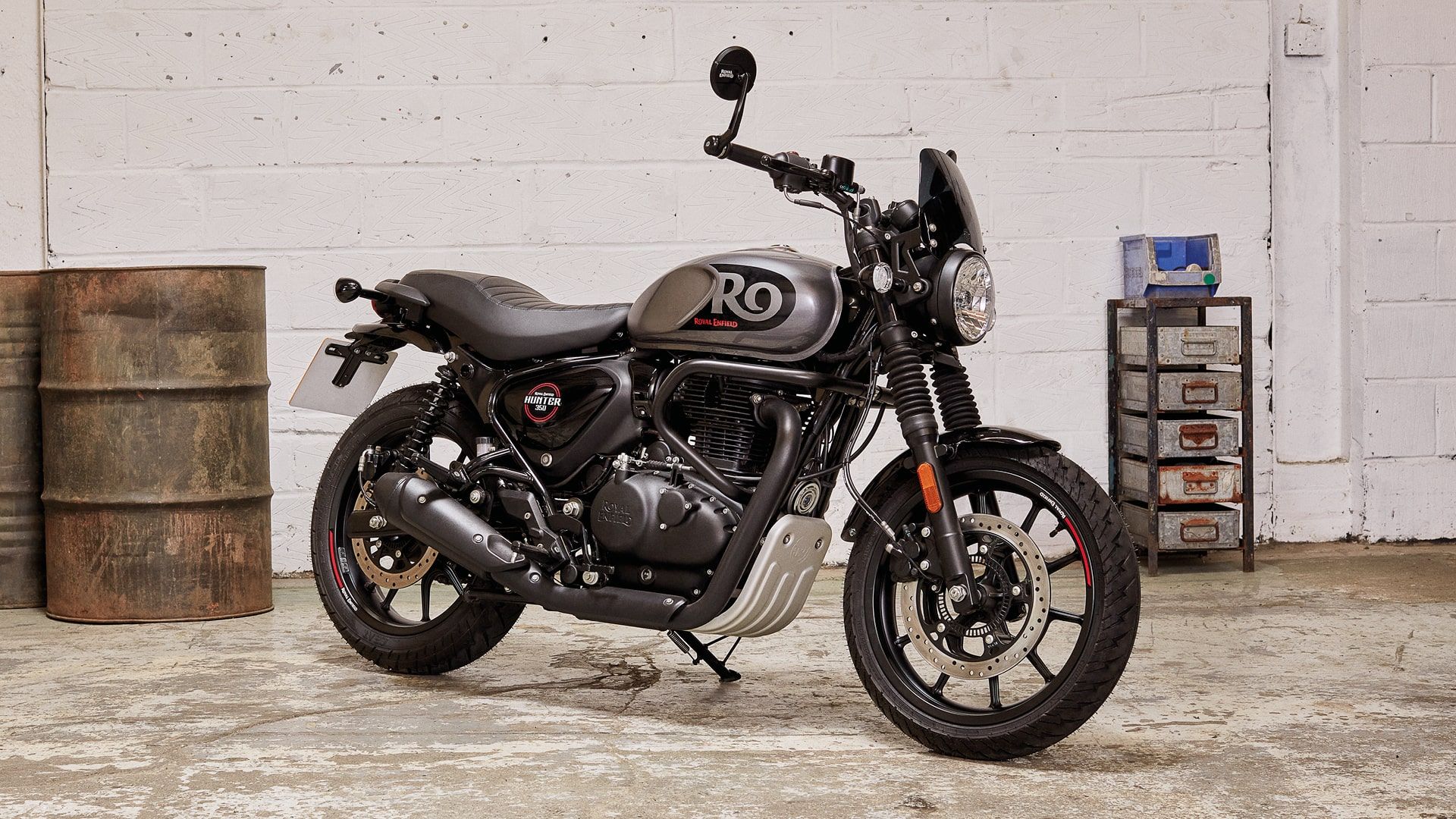 In terms of the new Royal Enfield bike's overall design and style, the Royal Enfield Hunter 350 is a completely street oriented motorcycle, which carries off a retro design with its round headlamp and in its entirety an old-school body and frame. The Hunter 350 has incandescent lighting throughout.

The RE Hunter 350 engine derives its power from an air cooled single cylinder 349cc motor that churns out 20.2 BHP of maximum power and 27 Nm of peak torque and is coupled to a 5-speed gearbox.
The Hunter gets the similar powertrain which Royal Enfield employs in the RE Classic 350 and Meteor 350 bike models.
According to an official claim, the Royal Enfield Hunter 350 can reach a maximum speed of 114 kilometres per hour. 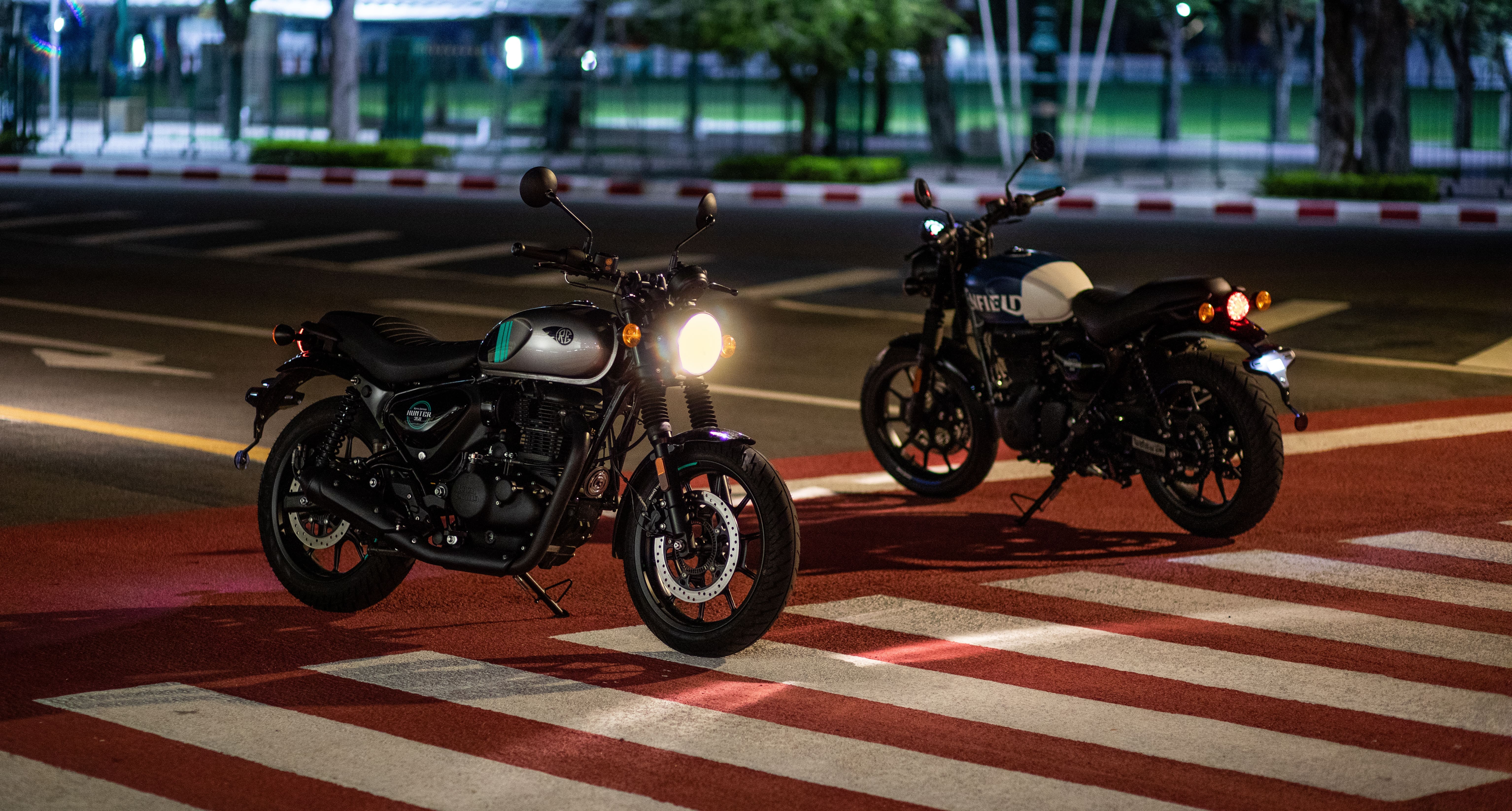 If we delve into the equipment details, the Hunter 350 features a display console with two pod modules. The bigger dial contains the fuel gauge meter, odometer, speedometer, trip meter, and other readings, whereas the smaller dial unit is to show the Tripper navigation system.

The suspension system of the Royal Enfield Hunter 350 consists of 41 mm telescopic forks at the front and six-way preload adjustable twin shock absorbers at the rear.
The Hunter bike's braking unit comprises of a 300 mm disc at the front and a 270 mm disc at the rear tuned to a twin channel Anti Lock Braking System.
The Hunter 350 motorcycle's fuel capacity is 13 litres and the total weight of the bike measures 181 kilograms.

Eicher Motors Limited's wholly owned subsidiary brand Royal Enfield, based in Chennai, aims to sell the Hunter 350 across its 2100 RE dealer showrooms spread all over India.