A Saudi man has been caught at Milan's Malpensa Airport after officers tracked his identity using CCTV videos. The 37-year-old drove the rented Maserati down Rome's famous Spanish Steps. 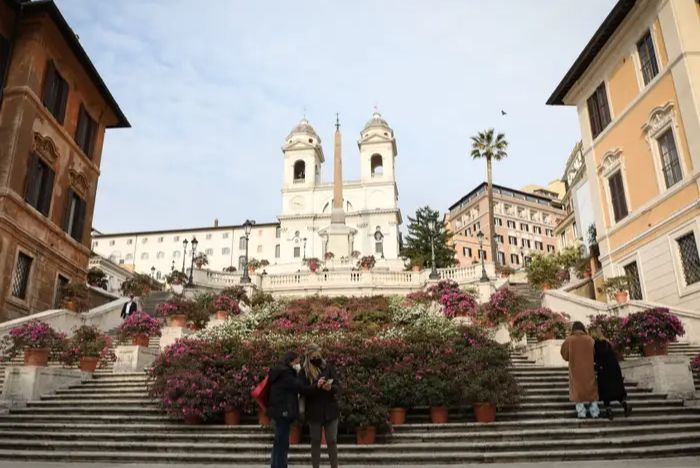 According to local authorities, a Saudi national was charged with severe damage to cultural artifacts and monuments after driving a leased Maserati down Rome's renowned Spanish Steps.

According to Rome's police force on Facebook, the 37-year-old was caught at Milan's Malpensa Airport after officers tracked his identity using CCTV videos and contacted the automobile rental firm he used. Between Tuesday night and Wednesday morning, a Maserati was seen driving past the pedestrian zone of Trinità dei Monti, near the top of the Spanish Steps. It looked like it was a Maserati SUV model.

In the video, the automobile can be seen descending the first flight of stairs before coming to a halt. The clip shows someone exiting the car to check the damage before finishing the 135-step fall. According to CNN, Rome’s heritage preservation agency confirmed that the car broke two steps. The incident damaged the 16th and 29th steps of the right-hand flight. According to the body, several fragments were temporarily reattached, but more work will be required to repair the 300-year-old steps. The Spanish Steps are one of Rome's most iconic structures, having been built in the 18th century.

They appeared in Audrey Hepburn and Gregory Peck's 1953 film "Roman Holiday." They're also mentioned in the novels "Tender Is the Night" by F. Scott Fitzgerald and "When I Paint My Masterpiece" by Bob Dylan.

In 2016, the steps underwent a thorough renovation funded by the luxury fashion business Bulgari.