Toyota has unveiled the much-awaited Urban Cruiser Hyryder in the domestic Indian market. Bookings for the model have begun both online and offline for a nominal fee of Rs 25,000. 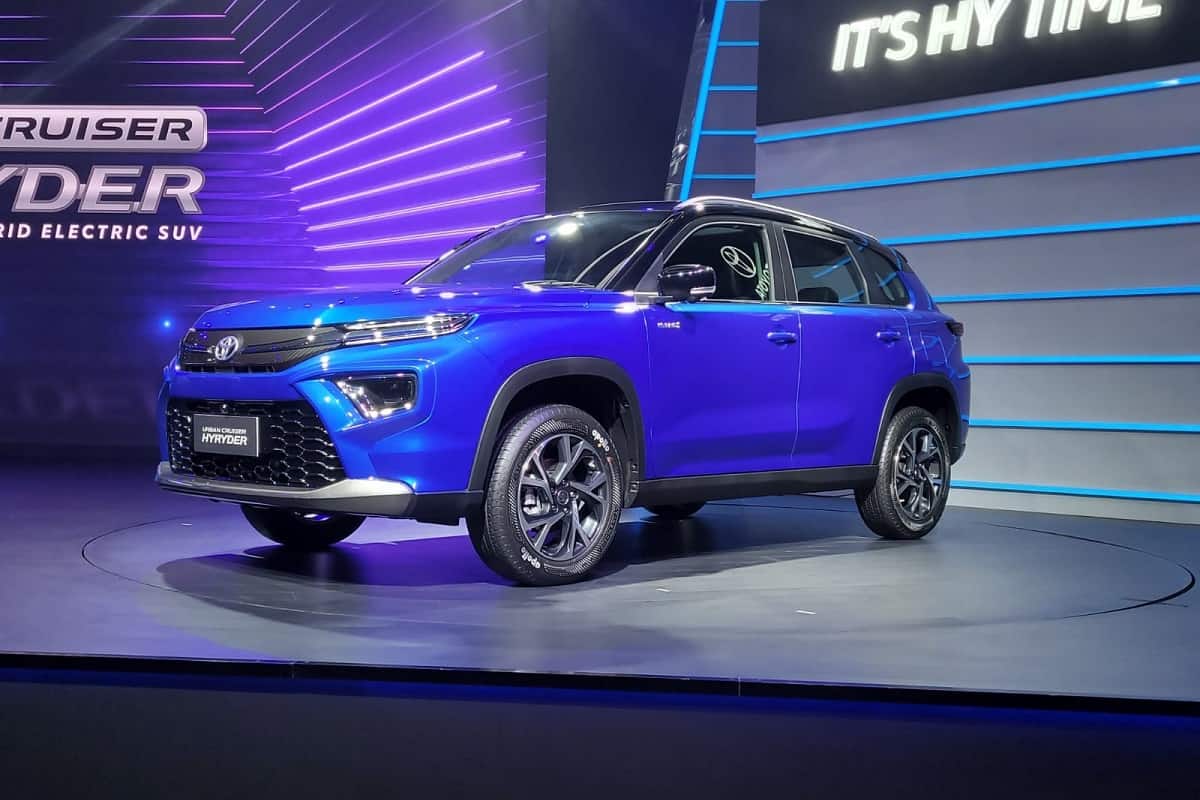 The Toyota Urban Cruiser Hyryder, a mid-size SUV from Toyota Kirloskar Motor, has finally been unveiled. Bookings for the model have begun both online and offline for a nominal fee of Rs 25,000. But it won't be released to the market until August or September of 2022. The new Toyota Urban Cruiser Hyryder will compete against the Hyundai Creta, Kia Seltos, Skoda Kushaq, and Volkswagen Taigun in the mid-size SUV segment. The impending Vitara SUV from Maruti Suzuki will compete with the new Toyota SUV.

It's interesting to note that the Maruti Vitara's platform, design cues, amenities, and engine will be shared by the Hyryder. Under their joint venture, Suzuki and Toyota jointly developed both vehicles. 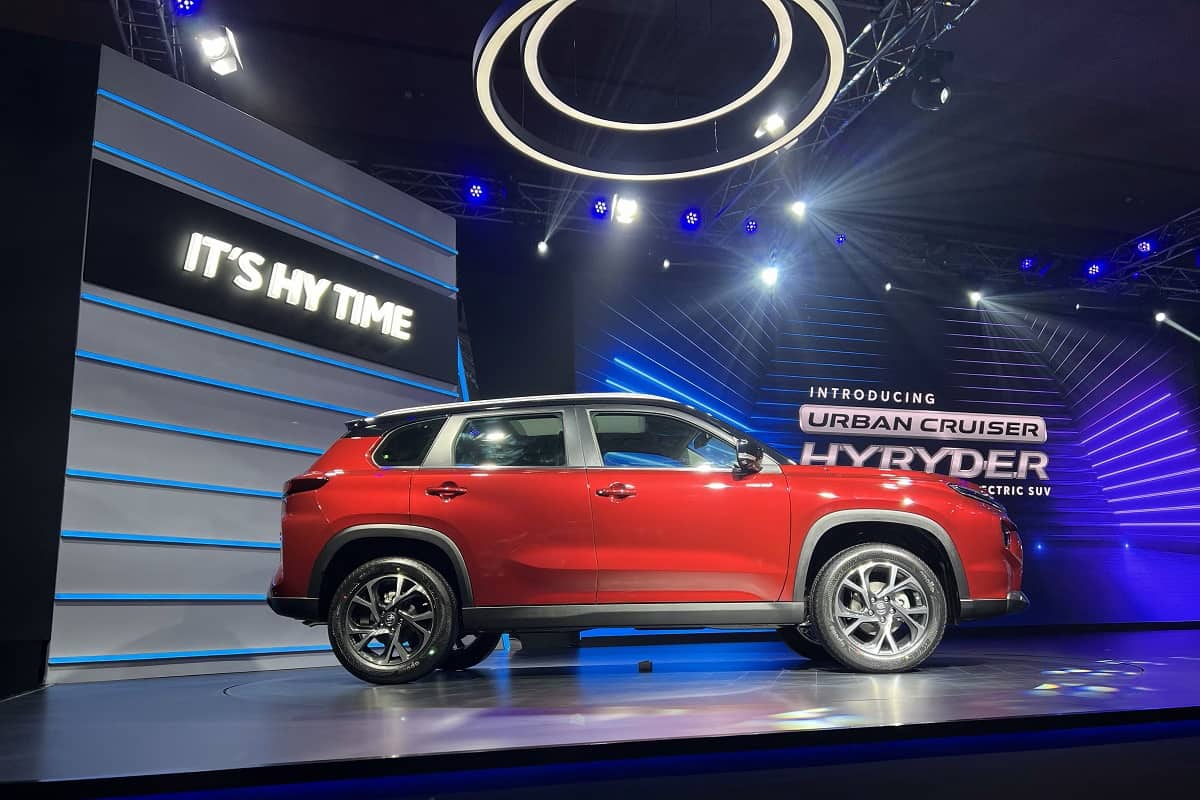 Large full LED headlamps, a crystal acrylic grille with a piano black finish, and a chrome divider extending from one corner to the other give the front fascia an aggressive appearance. On the black finish of the grille, the dual layers of LED DRLs are combined. LED headlights are encircled by a tall air dam on the front bumper. Just below the wing mirror, a "Hybrid" badge indicates the vehicle's engine choice. Go Here To Read About A New Toyota Pure Electric Car For India.

The Toyota Hyryder SUV has a floating roof, blackened A-pillars, and 17-inch alloy wheels. The model has dual C-shaped LED parking lamps in the back, along with C-shaped taillamps that extend onto the upright tailgate. The taillights merge with a prominent chrome strip in the middle that bears the Toyota insignia. 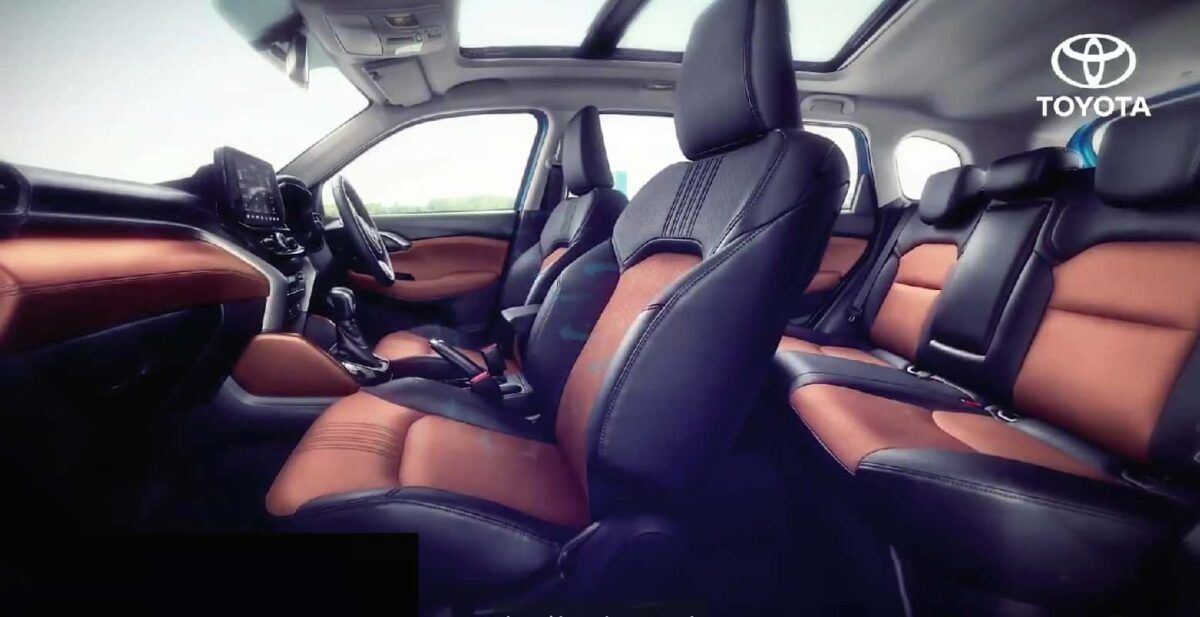 The new Toyota SUV's inside dashboard resembles both the Maruti Baleno and the forthcoming Brezza. It has a soft-touch leather surface and uses chrome tastefully. The Maruti Baleno hatchback's 9-inch touchscreen infotainment system and steering wheel were also used in the SUV. Read: New Platform, New Engine Coming to the All-New Toyota Fortuner in 2023.

The SUV has dual-tone seats, linked car technology, a panoramic sunroof, ambient lighting, front ventilated seats, a wireless charger, a 360-degree camera, and a multi-info display that displays information on fuel economy and the state of the powerful hybrid system, among other things. Features including Head-Up-Display (HUD), leather seats, a sunroof, cruise control, six airbags, ABS with EBD, hill descent control, and vehicle stability control will be available on the higher grades. 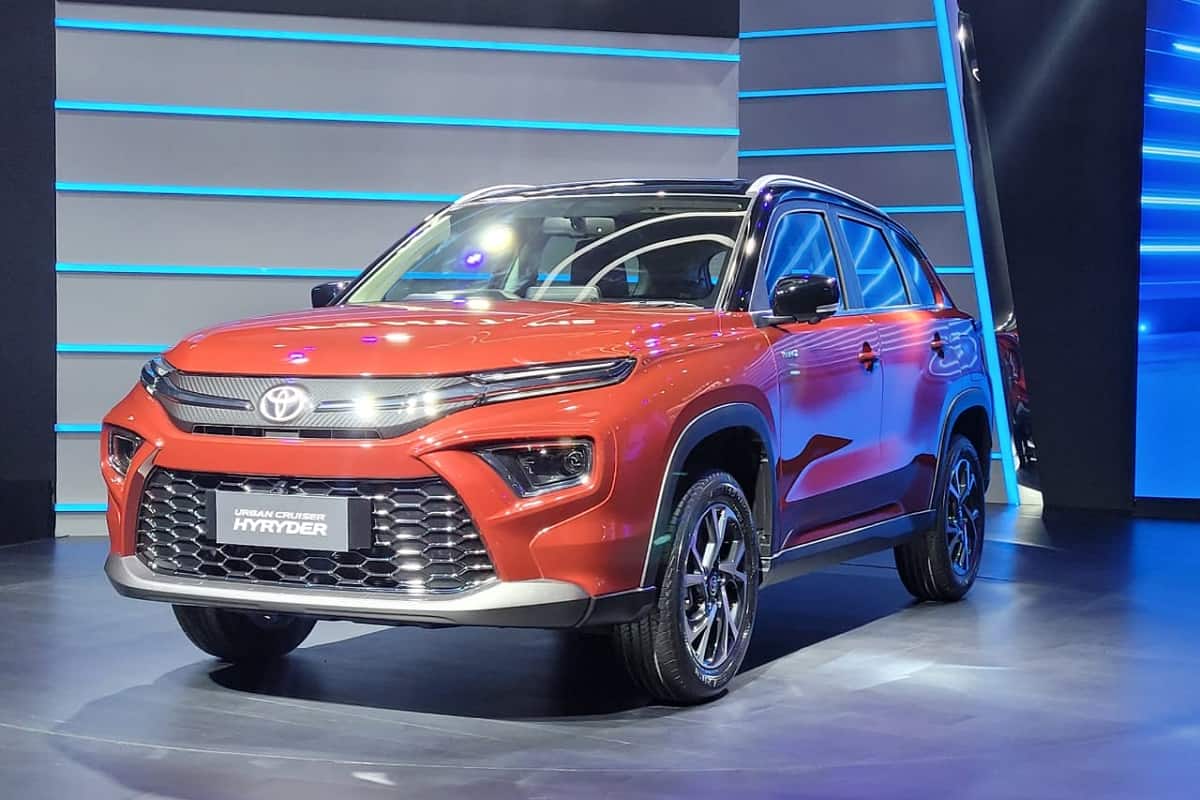 The brand's 1.5L TNGA Atkison Cycle, with 92bhp and 122Nm, will be made available for the new Toyota Urban Cruiser Hyryder SUV. The unit can generate a maximum of 141Nm of torque and 79bhp of power when connected to an electric motor. With Toyota's e-drive transmission, the system provides 115 horsepower of total power. It boasts a 177.6V lithium-ion battery and a 25km all-electric range. The SUV is anticipated to have the best fuel efficiency in its sector, with a predicted range of 24 to 25 kmpl.

The new Toyota SUV will also be offered with Suzuki's 1.5L K15C petrol engine with mild hybrid technology and an Integrated Starter Generator, known as the Neo Drive engine (ISG). It produces 103 bhp and 137 Nm of power and torque respectively. Both a 5-speed manual and a 6-speed torque converter automatic gearbox are available to buyers. The Toyota Hyryder will introduce the all-wheel-drive (AWD) system to the automotive industry for the first time. Additionally, it will be offered with a front-wheel-drive system.