Upcoming Luxury Cars in India in 2022

Upcoming Luxury cars in India in 2022 are many with Audi, Mercedes-Benz and Volvo among the few luxury manufacturers which are ready to launch new cars in India next year. Luxury Cars sales in India had been steadily growing in terms of sales but the pandemic has played spoilsport and has shaken the luxury car market, still the luxury carmakers are optimistic and there are quite a few new models lined-up for launch in 2022.
Here are the Upcoming Luxury Cars in India in 2022:

Audi India is ready to launch the latest version of its Audi Q7 SUV in India. The facelifted Q7 was unveiled globally this year and Audi India has quietly removed the older generation model from their line-up, which will be replaced by the upcoming car in 2022.

The updated Q7 will feature a new design for the signature Audi grille with a new and aggressive design for the bumpers. There will be newly designed alloy wheels on offer while the side profile will remain the same. The rear on the other hand will get a new chrome strip going through the whole width of the car, other than that the car remains the same.

The interiors have gone through a whole lot of upgrades in the new Q7 with three touchscreens surrounding the driver. The company has now added the touchscreen climate control system in addition to the infotainment screen and the digital instrument display. Audi has completely done away with the physical buttons and everything now is done via the screens which can be a hassle for some when on the move.
In terms of Engines the Q7 will continue with the 3.0L petrol and will get a 3.0L diesel too with both mated to a 48V mild hybrid system for added efficiency. 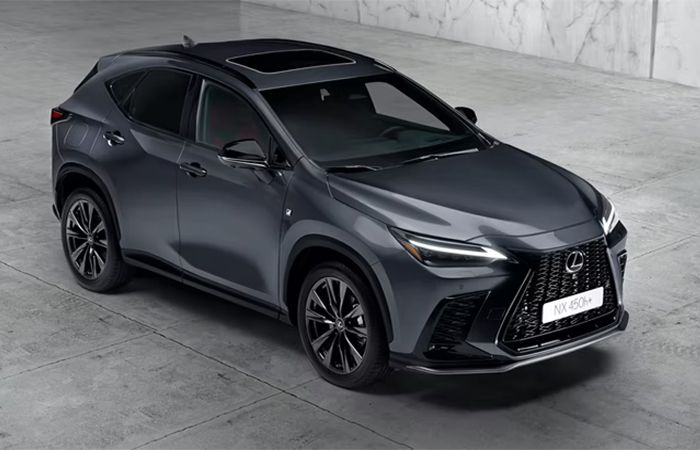 Lexus cars in India have steadily managed to create their own niche in the Indian market and Lexus has increased its model line-up too. Lexus NX is the company’s entry level SUV in India and it had recently unveiled the all-new NX globally, which will come to the Indian shores in 2022.

The new NX will feature a new sharper looking grille with larger side air-intakes. The signature LED DRLs have been integrated in the headlights this time which will have adaptive beam adjustments. The rear will have new L shaped taillamps with a lightbar running the entire width of the rear. The alloy design too is tweaked a bit while inside the Lexus NX will have a new and larger touchscreen infotainment system, a digital driver’s display and a head’s up display. The interior of the new NX will look less cluttered and more modern and cleaner with less buttons.

The biggest change however will be the addition of a plug-in hybrid for the first time ever in any Lexus car. This addition is expected to be offered in India too and will certainly help in improving the fuel efficiency of the car as it could be driven on battery power alone for about 65kms which is really good for office commutes. Presently, the current generation Lexus NX price is Rs. 58 lakhs for the normal model and Rs. 63 lakhs for the self-charge hybrid. 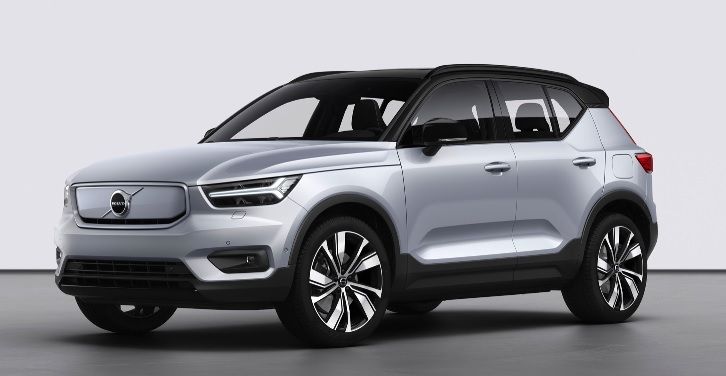 Volvo cars have always been known for their safety and considering the company has already announced to switch to electric only models the launch of the first all-electric SUV, the XC40 Recharge is a right step in that direction.

The Volvo XC40 Recharge will come to India in 2022 as announced by Volvo and it will be the electric derivative of the ICE XC40. The Electric XC40 will be same in terms of design but will have a new grille or a lack of it due to its electric roots other than that a new set of alloy wheels will be added for more aerodynamics.

The XC40 interiors too will remain unchanged but will get all the additional features like the battery percentage, range, re-gen braking, steering feel etc. The XC40 Recharge will have a 78kWh battery pack making 408hp and 660nm of instant torque, with a claimed range of 418 kms but we can expect the real-world range to be more than 300 kms while the 0-100 kms acceleration in 4.9sec which is superfast considering it is a SUV. The ICE Volvo XC 40 price is Rs. 41 lakhs but due to the addition of the new electric motors and battery pack the recharge will command a premium. 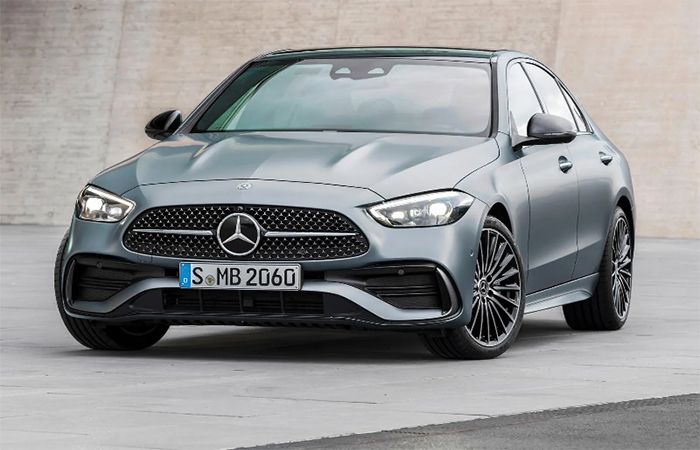 Mercedes-Benz unveiled the sixth generation C-Class in February this year and the new C-Class will be launched in India in 2022. The C-Class has now been brought in line with the newer E-Class and S-Class in terms of design and looks more angular and sleeker in its overall looks. The new C-Class will get new headlight and taillight designs and will have 25mm longer wheelbase than the model it replaces, which will definitely mean more rear legroom.

The interiors of the new Mercedes C Class are inspired by its bigger sibling the S-Class as there is a completely new dashboard design with the new and large tablet-style infotainment touchscreen which replaces the horizontal dual-screen layout. However, Mercedes has done away with the physical buttons for the climate control, which is now operated via the touchscreen.

The C-Class will be powered by the old and trusted, 2.0-litre diesel and petrol engines, though they are now equipped with a 48V belt-integrated starter generator as standard.

Mercedes, will at a later stage add the AMG variant of the C-Class in its line-up which will be a more performance-oriented variant. The current generation C-Class price is Rs. 50 lakhs and the all-new Mercedes C-Class will continue to rival the BMW 3 Series, Audi A4 and the Jaguar XE in India. 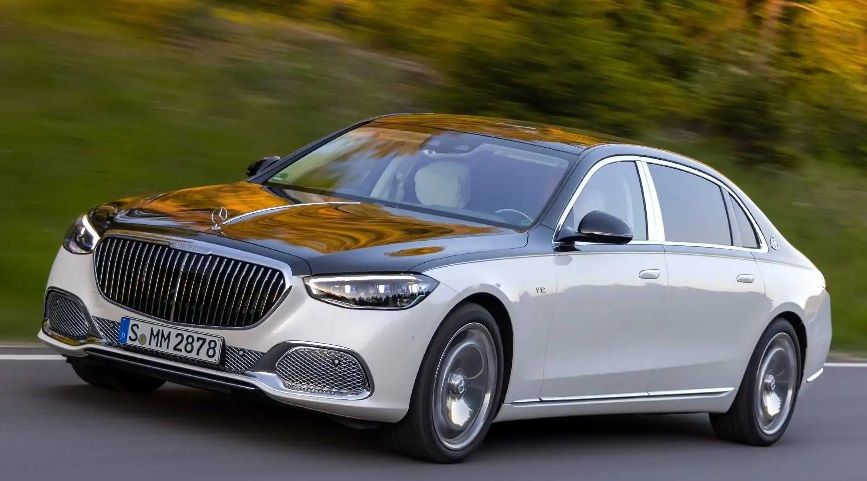 Mercedes-Benz will bring its range-topping Mercedes Maybach S-Class to India in 2022. This ultra-luxurious limousine is mainly made for comfort and space. The overall length of the car is 180mm longer than the long-wheelbase version of the S-Class, which itself is the epitome of luxury and this extra space will make the rear feel roomier and more comfortable.

In terms of design the Mercedes Maybach S Class gets a new grille and generous use of chrome everywhere, bespoke alloy wheels, larger rear doors, the iconic dual-tone paint scheme and Maybach badging which help it stand out from the normal S-Class. There is chrome strip running down the middle of the bonnet till the three-pointed star on the bonnet.

The Maybach S-Class will also offer the reclining individual ‘Executive’ rear seats with integrated massager as standard for that ultra-relaxed and smooth ride. Other features on offer in the Maybach S-Class will include two tablet-style entertainment screens behind the front seats, powered rear door opening and closing, a detachable, tablet like touchscreen in the centre console for the rear seat and HVAC controls, an all-new active ambient lighting system which will automatically adjust the ambient lighting according to the surrounding and an active road noise cancellation system which uses the cars speakers to cancel-out outside noise working like your noise-cancelling headphones.

Audi is focussed strongly on its EV line-up and is looking to strengthen its position in the luxury EV segment with yet another launch in the form of the Audi Q4 e-tron, its smallest electric SUV offering. The Q4 e-tron has two variants, a normal SUV version and the other a more-sporty, sport-back variant. Audi has not yet revealed any details about which variant they’ll launch in India.

In terms of design the Q4 e-tron is slightly longer than the ICE Audi Q3 but has the same Audi ICE SUV design language unlike the e-tron and e-tron GT. The front grille is just blanked-out while the rear has the signature Audi e-tron light bar across the boot and other than that there are no changes in terms of exterior design.
The interior on the other hand is newly designed with angular elements and more driver-oriented dash. There are the customary screens, a touchscreen infotainment and a digital driver’s display while the climate control has buttons for a change. The highlight however is the hexagonal steering wheel with touch sensitive buttons.
Audi offers the Q4 e-tron in three trims overseas but it may probably bring the 82kW battery pack with 204hp and a claimed range of more than 500kms to India. The Q4 e-tron will rival the likes of the Volvo XC40 Recharge upon its launch in 2022. 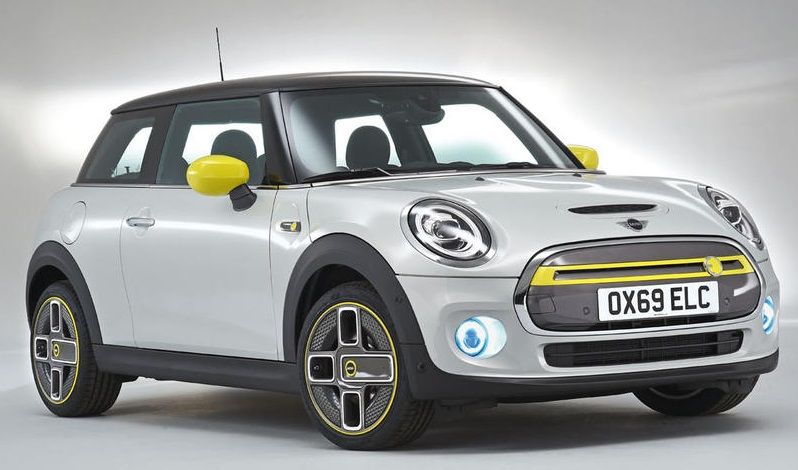 Mini India will launch an electric Mini Cooper, the Cooper SE in India next year with only a limited no. of units to be allotted for India in the first batch. The Cooper SE, is the first all-electric car from the British brand and will come to India in a single, fully loaded variant as a CBU offering.

The Cooper SE looks near identical to the ICE version Cooper hatchback on which the SE is based. In terms of design everything from the Cooper has been carried on like the round LED headlamps, the Union Jack-themed LED tail-lamps and the similar silhouette, however, some differences include the covered front grille with a new ‘E’ badge, slightly re-profiled front and rear bumpers and new funky and distinctive wheel design on the Cooper SE which looks like a British plug-socket.

The interior of the Cooper SE is also unchanged from the standard Cooper hatch with only the addition of a new digital instrument cluster being the only difference, also, the Cooper SE is the first Mini to get it.
The Cooper SE gets a 32.6kWh battery pack with an electric motor that produces 184hp and 270Nm of instant torque and a WLTP-certified range of 235-270kms and a 0-100kph sprint in 7.3 seconds and a top-speed of 150kph. The Cooper SE will also get four new drive modes – Mid, Sport, Green and Green+.