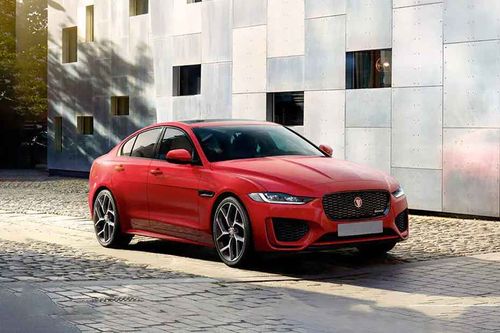 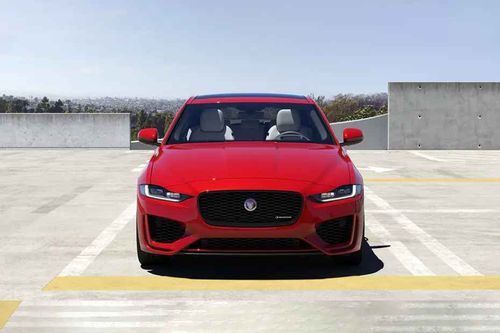 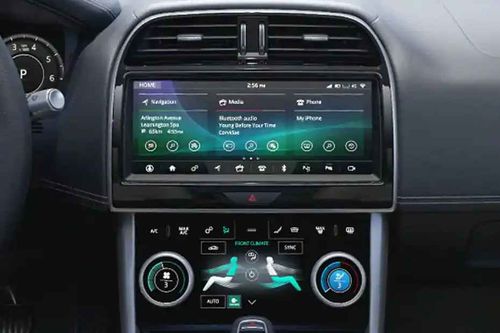 Jaguar’s entry-level model, the Jaguar XE has been introduced with a fresh set of cosmetic and feature upgrades. This sedan from Jaguar showcases design elements from the E-Pace and the F-Type models. The updated XE model is lower and wider than the previous models. The updated version of the Jaguar XE has received cosmetic and design updates in the form of a new mesh grille, redesigned bumpers, along with narrower and sharper headlamps. The rear of the car now gets new LED taillamps and a redesigned bumper with tweaked diffuser. The car also gets a set of new alloy wheels for a fresher look.

The Jaguar XE now comes with a large infotainment touchscreen system on the center console. The multifunction steering wheel has been borrowed from the I-Pace, while the similar gear selector has been seen in the E-Pace and the F-Type. The quality of the cabin has also been improved than the previous models, and the XE now gets a higher quality soft plastic.
The new Jaguar XE is powered by the 2.0-litre Ingenium petrol and diesel engine options. The petrol engine produces a maximum power output of 247bhp at 5500rpm and a peak torque of 365Nm at 1500rpm. The diesel engine, on the other hand, produces 177bhp of maximum power output at 4000rpm and 430Nm of peak torque at 1750rpm. The new Jaguar XE model also comes with a reworked suspension set-up for the domestic market. The Jaguar XE comes in six colour options - Fuji White, Caldera Red, Firenze Red Metallic, Portofino Blue Metallic, Eiger Grey Metallic, and Santorini Black Metallic.

Jaguar XE Comparison with other Cars

Jaguar XE CNG is not available in India.

No, Jaguar XEis not available with diesel fuel in India.

The Jaguar XE is available in Automatic.

The Jaguar XE top speed is around 170km/h.

Jaguar XE has a fuel tank capacity of 61L

Yes, the Jaguar XE have a sunroof.

Jaguar XE has a space to accommodate five adults in 2+3 seating configuration.