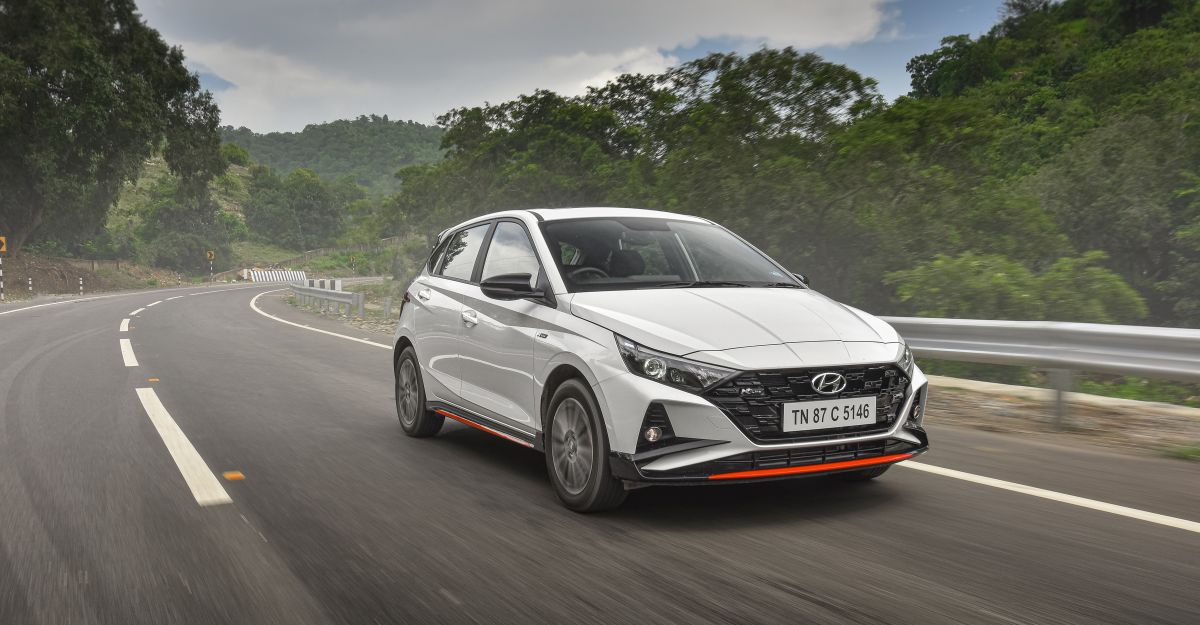 Hyundai is planning to enter the Indian Market with the hot hatchback segment feature. After attempting many attempts and got failed every time by the different companies, Hyundai tried to bring this segment in the Indian market. It is their first product under the N Line category. 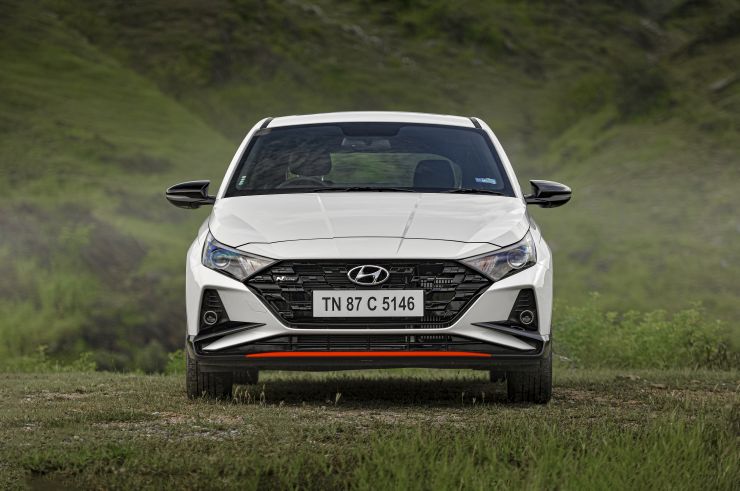 Hyundai has gone for a lot more aggressive with the styling on the i20 N Line when compared to the regular version. The front gets the same dominating grille but, the chequered flag design inside the grille differentiated it from the regular i20. N Line badge is also seen on the grille with the Hyundai logo in the centre. The headlights in the N Line version are projector units instead of an all-LED unit. 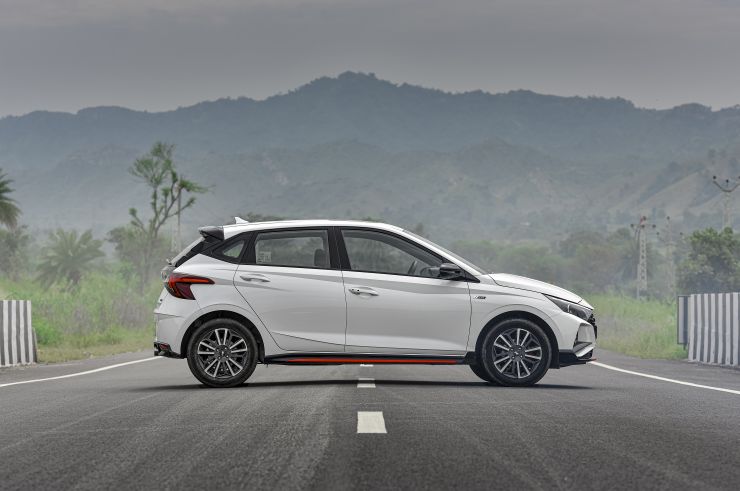 It also gives the front the gloss black insert on the lower part of the bumper which forms a lower bumper lip. The front lip has a Red accent on it. The fog lamp gets a dark chrome garnish around it which completes the front look. 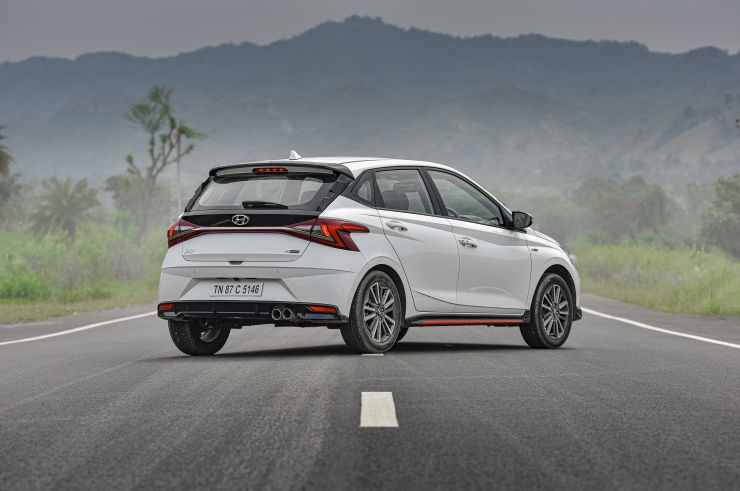 Moving to the side profile, the wheels now comes with much more sporty looking 16-inch alloy wheels. The i20 N Line gets disc brakes on all four wheels and the front brakes get Red brake callipers too. N Line badging can be seen here on the fenders too. The side skirt on the i20 N Line is finished in black with a red accent and other than that no major changes are seen here. 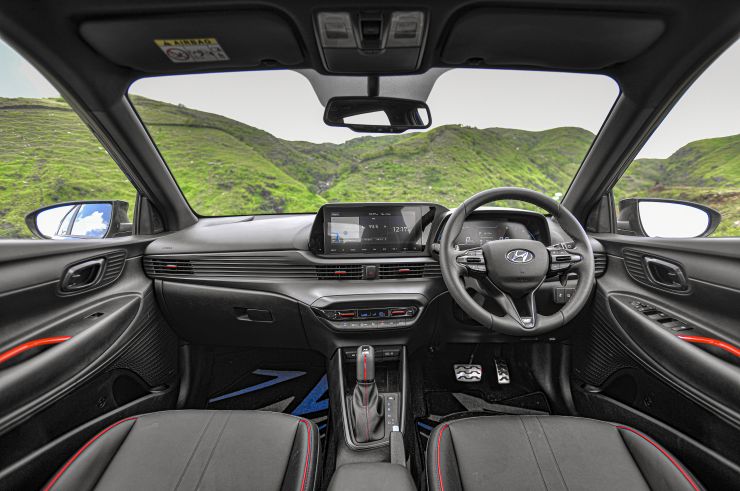 The Rear gets the same all-LED tail lamps with a dark chrome strip running all across the boot. There is a gloss-black spoiler and a shark fin antenna on the top as well. Coming down, the bumper gets a gloss black diffuser at the lower part with the twin tip exhausts popping out from one side. 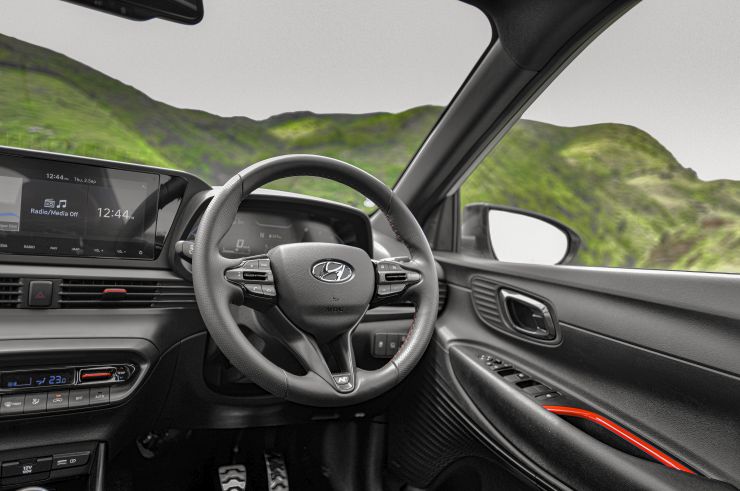 Let’s get inside the car, The design of the cabin has not changed, if we compared to the regular version. I20 N Line is available in N6 and N8 trims and both these trims offer decent amount features. The cabin gets an all-black theme which is broken with the red accents at places. These accents are seen on the AC vents, AC buttons, door trims and on the gear knob. 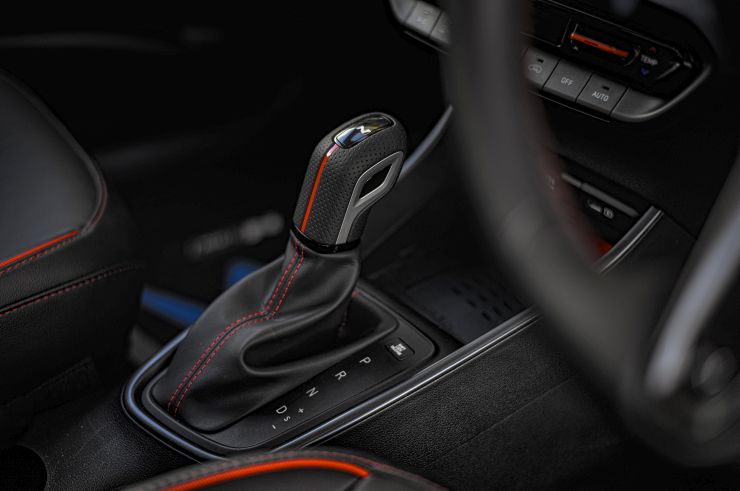 It gets an N Line steering wheel. The seats and the steering are all wrapped in leatherette material. The steering wheel has red stitching on it. There is no change in the amount of space that it offers. It continues to offer BlueLink connected car features, an electric sunroof, voice recognition function, wireless phone charger and many more features. 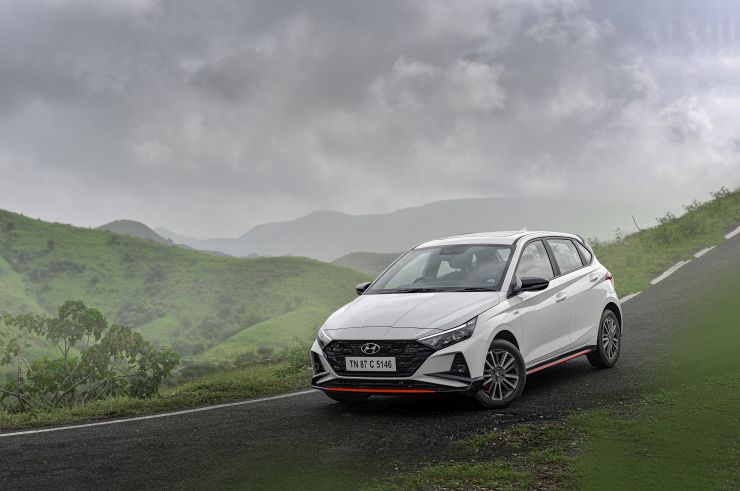 The gear knob in the N Line version is exclusively designed for this version. It even comes with Red coloured ambient lights and the top end N8 trim offers 6 airbags, Bose premium speaker system, a 10.25-inch touchscreen infotainment screen and many more features. 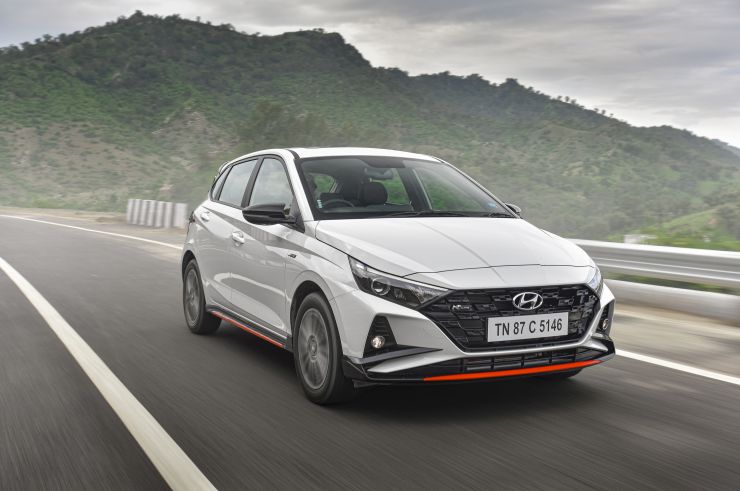 Let’s drive it, engine is still powered by the same 1.0-litre turbo petrol engine which is available with regular i20 and many other Hyundai cars like Venue and even of regular i20. It generates 120 Ps and 172 Nm of peak torque. In terms of performance, the N Line does 0-100 kmph sprint in 9.9 seconds. This engine is available with a 6-speed iMT and a 7-speed DCT gearbox option. The one we drove was the 7-speed DCT and we’ll be talking about that only. 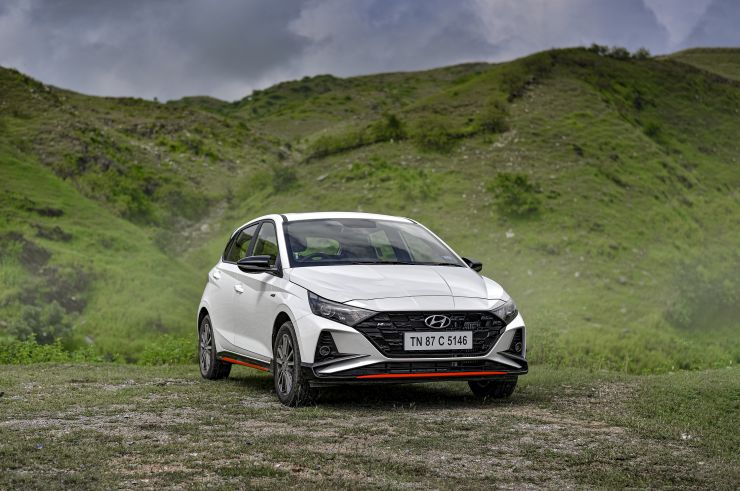 Hyundai has made some mechanical changes to make it a little different. For example the steering, in the regular version you get light steering which is great for city driving conditions but, at higher speeds, light steering does not give you confidence. Hyundai corrected this in the N-Line version and it now gets well-weighted steering which is comfortable in the city as well as on the highways. 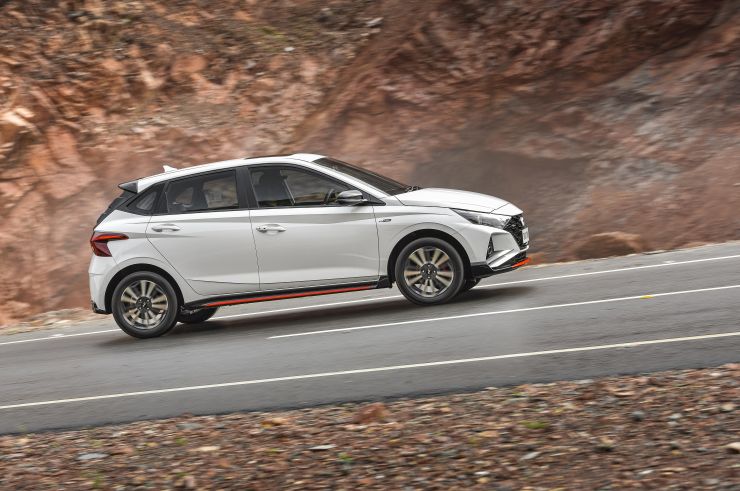 The other change they have made here is the suspension. In comparison to the regular version, N-Line gets a stiffer suspension setup which lets you attack a corner without being thrown around. The suspension is both positive and negative about the i20 N-Line. if you are a person looking for a softer suspension setup, you have the regular turbo petrol version of the i20 on offer.

With disc brakes on all wheels, the braking performance of the i20 N-Line has also improved. Hyundai says the braking distance has improved by almost 1.8 meters and we believe them. There is ample bite from the brakes and that offers a lot more confidence to the driver. 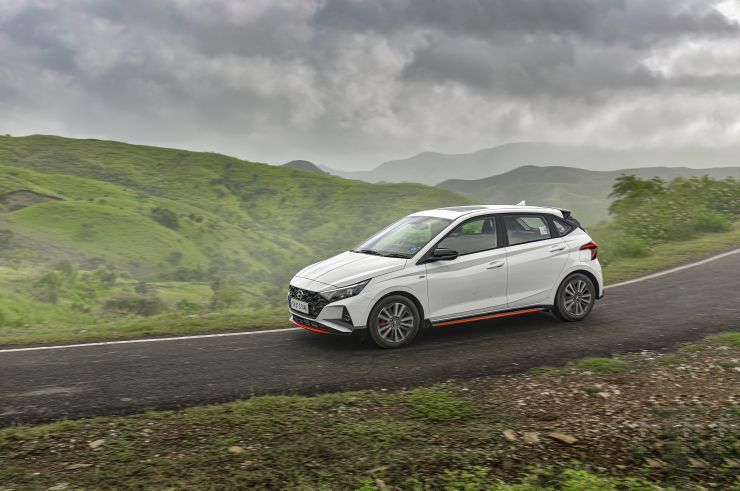 Hyundai is offering the i20 N Line in N6 iMT, N8 iMT and N8 DCT variants and the Prices for these variants are Rs 9.84 lakh, Rs 10.87 lakh, Rs 11.75 lakh (all prices are ex-showroom) respectively. It Is available in six colour options out of which two are dual tone and the other four are monotone. When compared with the top-end Asta (O) DCT i20, the N Line N8 DCT is almost Rs 50,000 more expensive. Hyundai says that they have made changes to the car that are roughly around Rs 1.25 lakh. Instead of bringing the full-blown N variant to India, Hyundai launched the N Line and we feel that it is a wise decision by all means