Is The Ola S1 Electric Scooter A Failure? 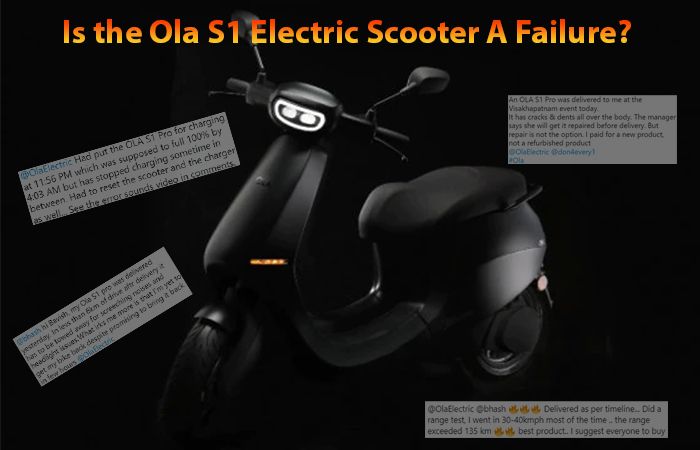 Ola Electric has finally started the delivery, after a delay of months of their Electric Scooters, Now customers started to give their experienced reviews. As Ola made mass deliveries making headlines, customers from different corners have also started to show their unhappiness with the product and pointing out the quality of the scooters.

To take out their dissatisfaction, customers now taking the Social Media platform as the expressing medium. Here is the one customer among the others, who are expecting to receive a brand new replacement after having the defective one*(as he says)*. 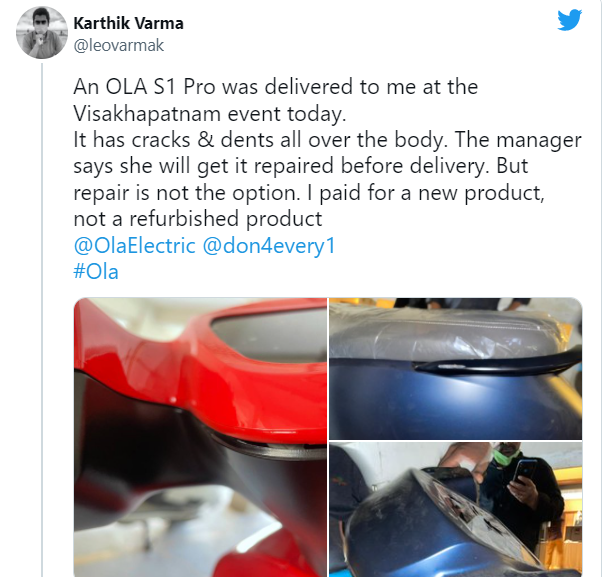 Kartik Varma, “Ola Customer” on Twitter said that “he received the Ola S1 Pro at Vishakapatnam and the scooter had cracks and dents all over the body."

When he complained about the problem, the manager of the store replied that "they will repair the scooter". After receiving the reply, Kartik burst out and said “he paid for a new scooter and not a refurbished one”. Kartik is expecting to receive a brand-new scooter as a replacement.

After this, Ola replied to Kartik and assured him that “he will get a replacement scooter and not the repaired one”.

Kartik didn’t stop here, he further complained that the gap between the LCD panel and the holder and water can seep inside from the gap. He continued and mentioned that the test ride scooters were showing 152 km on 98% while the unit he received shows only 135 km on 100% charge.

Ola replied to Kartik saying that they will deliver a brand-new Ola S1 Pro scooter to him. 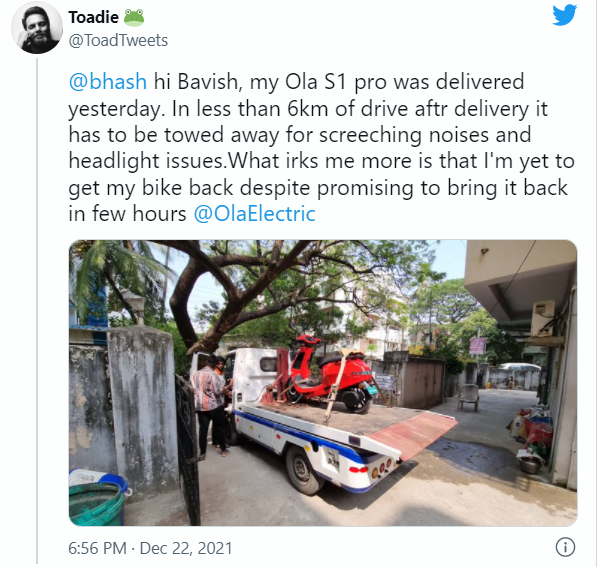 Not only Kartik, many customers, who booked online Ola Electric Scooters have started to show their disappointment online. According to them, after receiving the delivery the OLA Customers observed various problems. 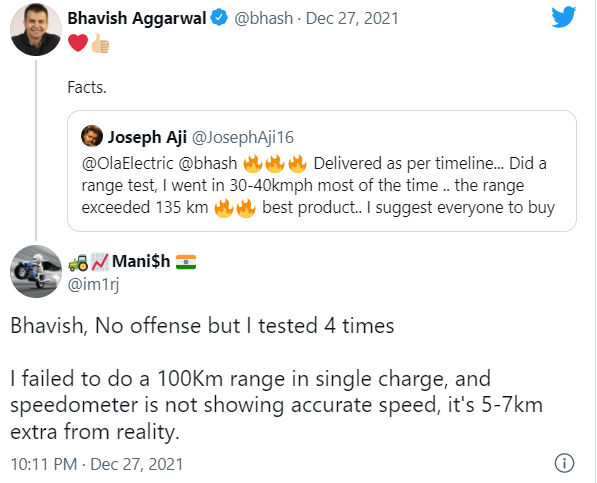 While the other customers have complained about the scooter’s range.

The customer says that “he tested the scooter four times and he successfully failed to cross 100 km on a single charge every single time”. 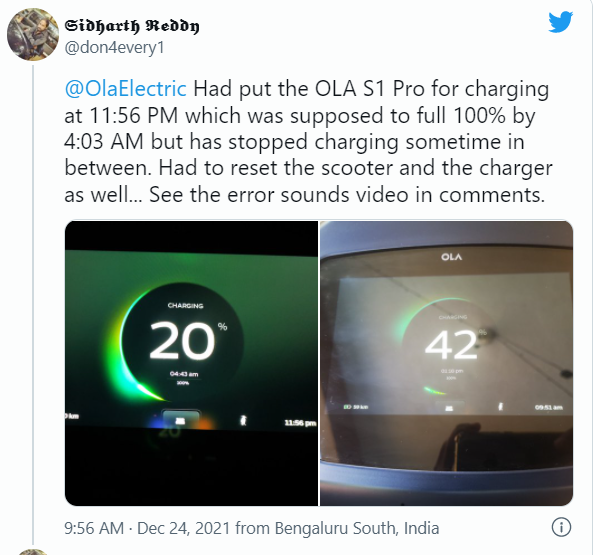 The other one says in his tweet that his brand-new Ola S1 Pro had to be towed within 24 hours of delivery due to screeching noise and headlamp issues. He also mentioned that he is yet to get back the unit even though the customer care promised to return back the machine within a couple of hours.

Bossman of Bajaj Auto Limited, Rajiv Bajaj gets against the new-age electric scooter manufacturers. He said that the BET or the Bajaj, Enfield, and TVS eat OATS or Ola, Ather, Tork, and Sharp-E for breakfast.

After all the feedbacks, we could only analyze the tough future for the OLA Electric Scooter, as customers are kept on seeing and sending negative reviews for the Electric Scooter, After all, they put their money in it with a lot of expectations.