The Kia Carens MPV is launched in India by Kia and as we know the company was vigorously testing the MPV and its spy shots are already on the internet. Kia teased us with a glimpse of the front of the car as the official website of the Carens MPV went online but now the company has taken its wraps off the MPV completely in the world premiere. This was the first look of the Carens MPV for the whole world and with Kia choosing to unveil the model in India shows the plans and commitment of the company towards the Indian car market because of the growth potential that India offers for car manufacturers. 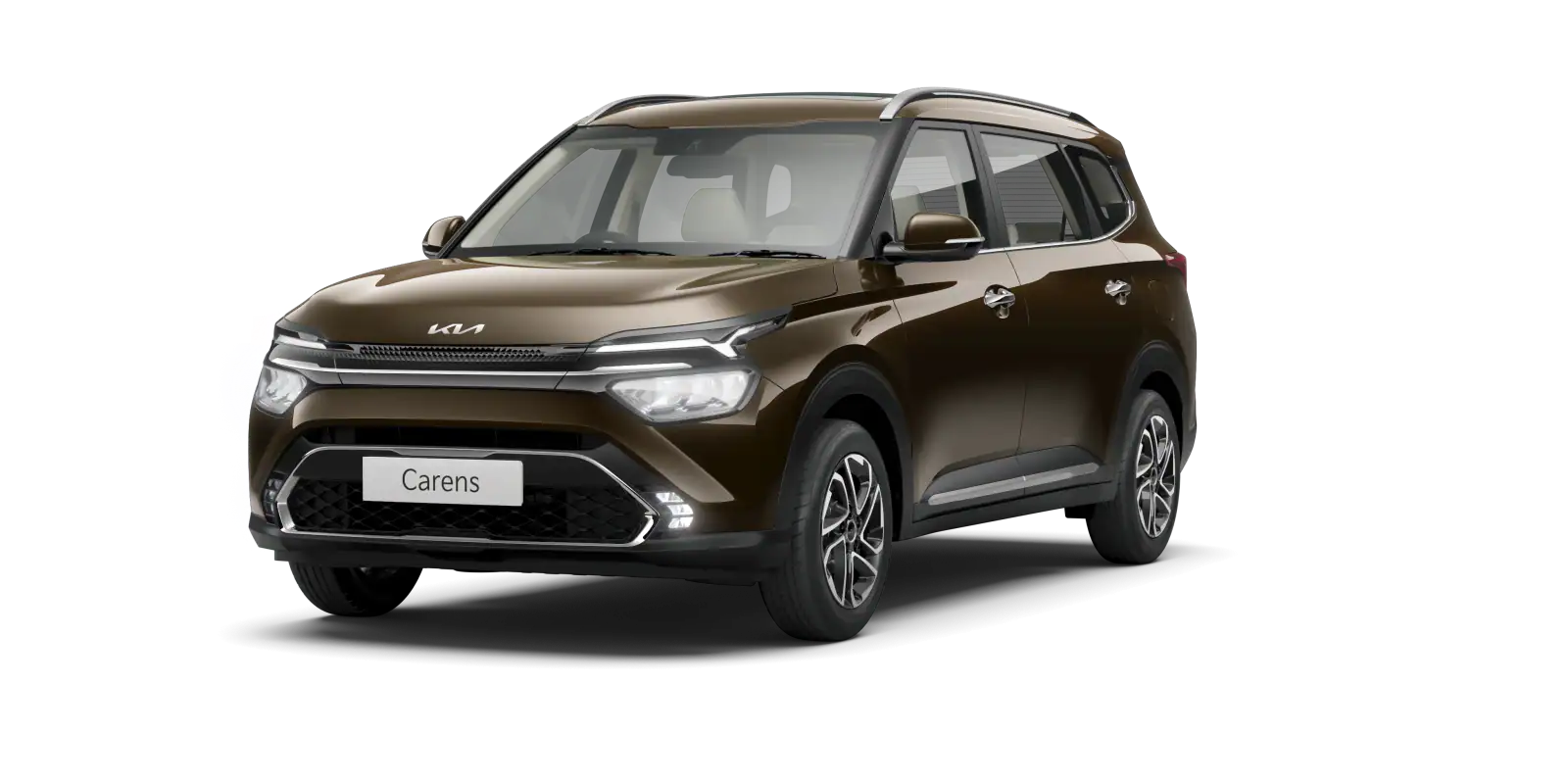 The Carens is a premium MPV offering which will slot below the Carnival in Kia’s line-up as the company is looking to raise heat on the undisputed kings of the MPV segments the Toyota Innova and the Maruti Suzuki Ertiga and XL6. As with all the other products from Kia, the Carens too is feature loaded and will be offering first-in-segment features.

The Kia Carens MPV design is very unique and bold as well modern and sporty in its overall looks, looking more like a SUV. The company has jumped onto the globally famous twin-headlamp setup with the attractive Y-shaped LED DRLs on top and the actual LED projector headlamps underneath it. This setup does uplift the design and will make this car stand out from the crowd. 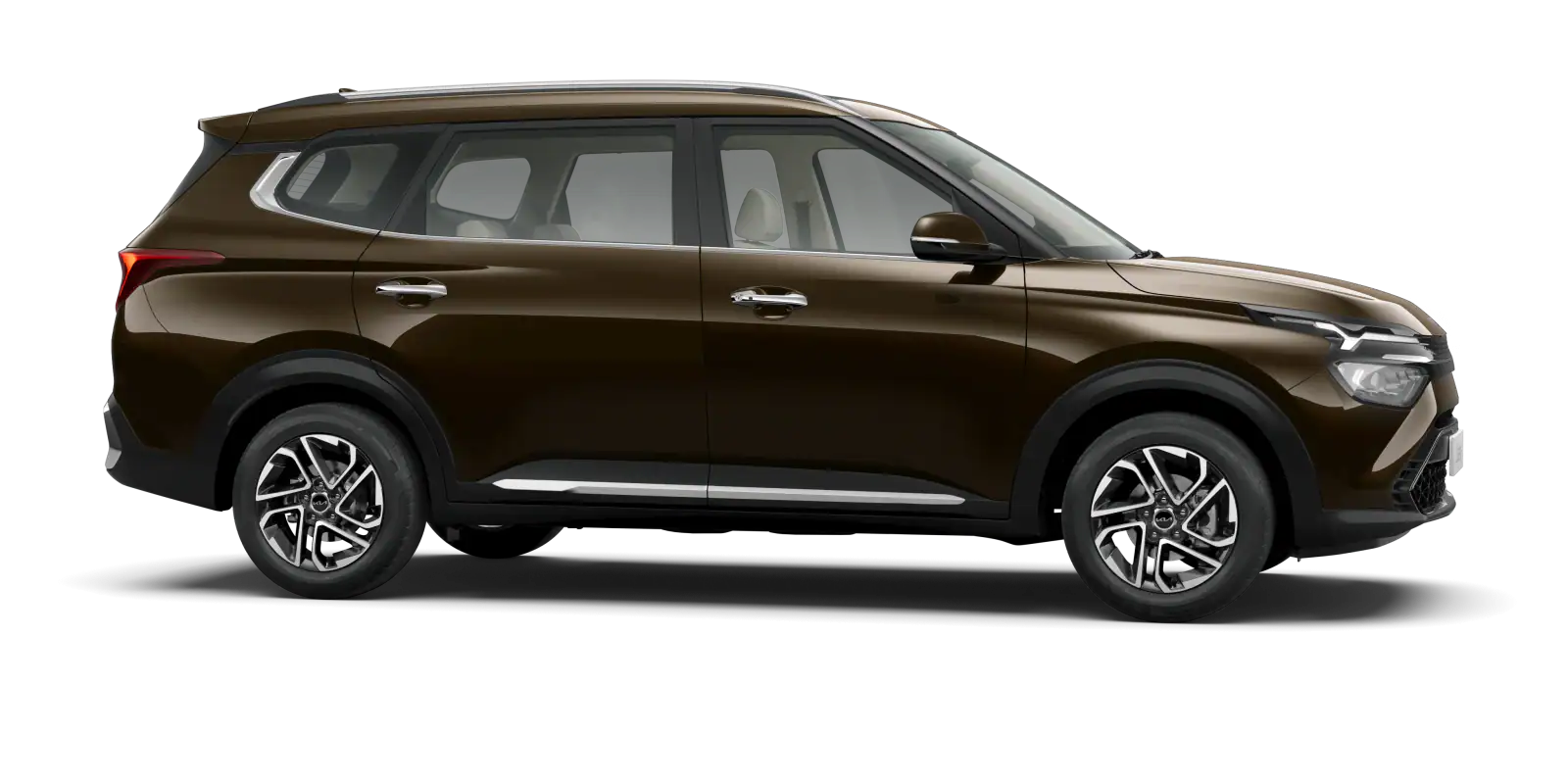 The front has the signature Digital Tiger nose grille with a chrome strip underneath the closed EV like smaller yet sleeker in its updated, modern avatar seamlessly mixes into the DRL unit while there is a big air dam surrounded by chrome which gives the front a bulky look. On the sides too there is plastic cladding to give it a SUV look with a chrome strip running from the front door sills up until the rear quarter glass. There is a chrome strip down on the doors too and new 5-spoke alloy wheel design but the wheels do look small on this big car with faux roof rails which makes the car look tall from the side profile.

The rear has bold looking split LED taillamps based on star map concept mimicking constellations, with a red bar running through the width of the boot and a chunky bumper with chrome surrounding it like we saw on the Skoda Kushaq. Kia hasn’t announced all the details but it is introducing three new colour options of Imperial Blue, Moss Brown and Sparkling Silver for the Carens.

Kia is known to offer different, exciting and not-before seen features in its cars and with the Carens too they have done that as it offers features not seen before in this segment. 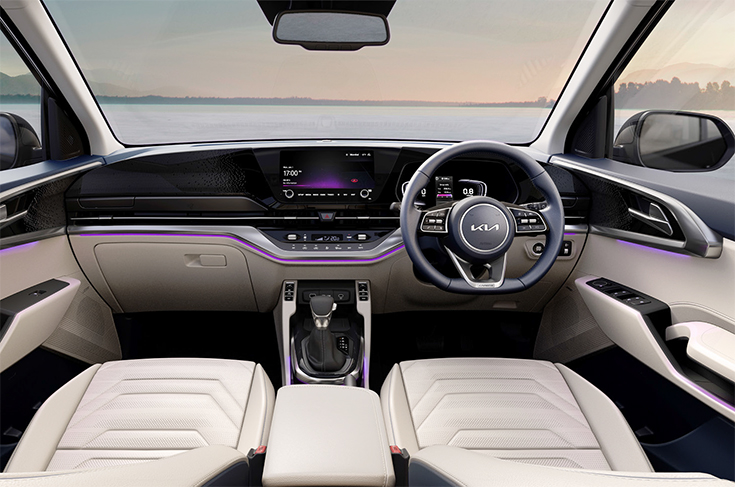 The MPV offers a new dashboard design language with a modern yet fully loaded cabin. The Carens offers a 10-inch touchscreen infotainment screen and a fully digital instrument cluster. The wrap around dashboard has dual-tone colour options with a shiny plastic trim running in between which houses the ambient lighting and the touch sensitive climate control buttons. The door trims are with soft touch stitched materials with chrome accents for the handles to give that premium feel also Kia claims that the door pockets will easily store three water bottles and the central console area will have two trays for smartphones.

The Kia Carens is 4540mm long, 1800mm in wide, 1700mm tall and has the longest wheelbase in the segment of 2780mm and ground clearance of 195mm. The engine options for the Carens are the same as the ones offered in the Kia Seltos including the 1.5-litre, naturally aspirated unit that produces 115hp and 144Nm torque as well as a 1.4-litre, four-cylinder, turbocharged unit that puts out 140hp and 242Nm torque. There is only one diesel engine, that is a 1.5-litre, four-cylinder unit producing 115hp and 250Nm torque. 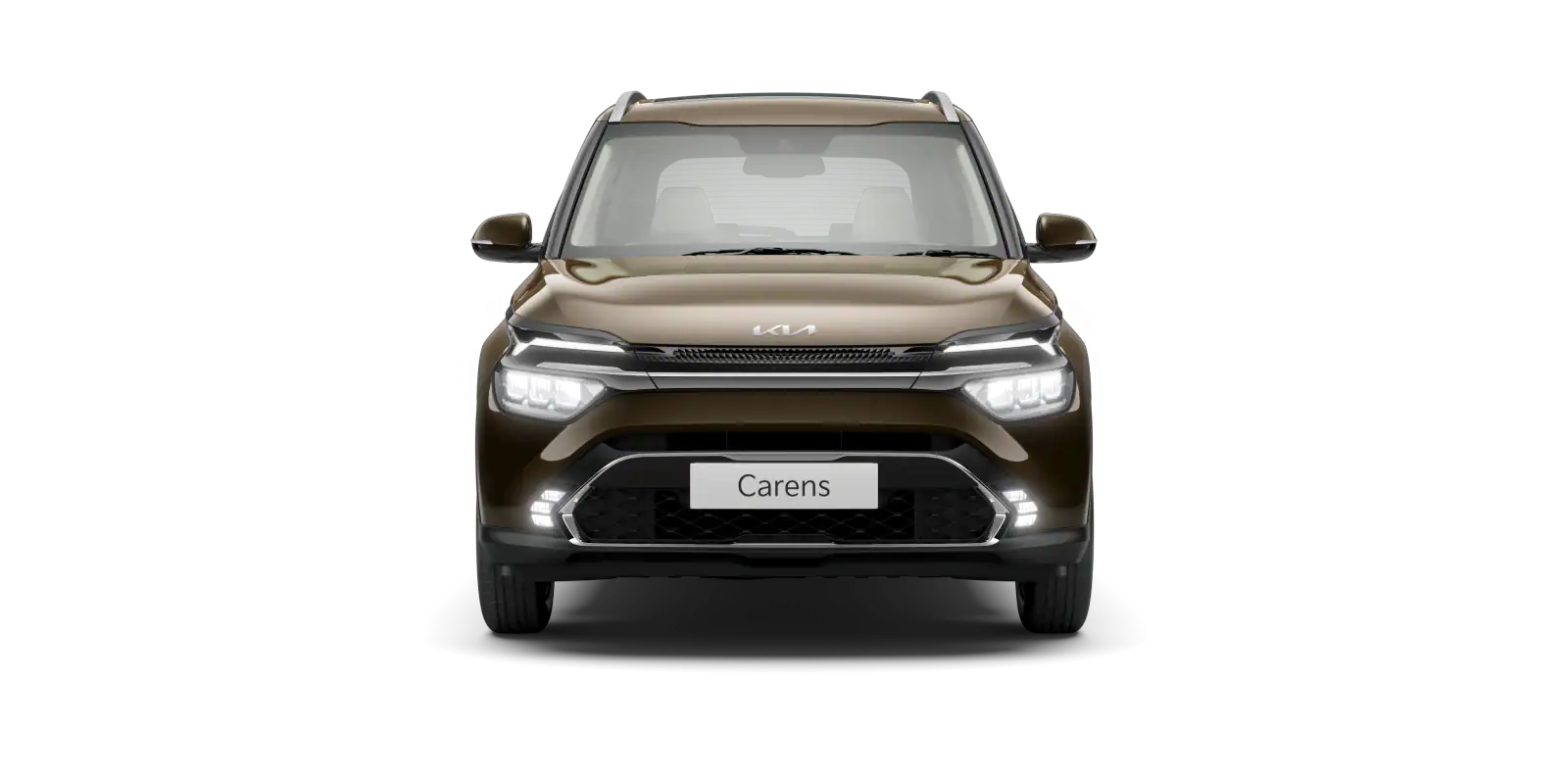 The Kia Carens MPV will go up against the Maruti Suzuki Ertiga and XL6 and will offer competition to the Toyota Innova due to its better features list. Both the Ertiga and Innova have been segment leaders for a very long time and now with the Carens and the Carnival MPVs Kia wants a piece of this segment as well. The company made its intentions very clear when it updated the Carnival MPV and launched it with new prices which were lower than the Innova to up-seat the premium MPV king as the Carnival offers much better creature comfort than the Innova at better prices.

The company wants to do the same with the Carens pricing too as it wants to dislodge the one true MPV king in India, the Ertiga which didn’t had any direct rivals up until now and with the Carens offering a stellar package with beautiful, modern design and class leading features, Maruti executives need to go back to the drawing board and come up with a able strategy to counter this Kia and with Maruti Suzuki preparing to launch the facelifted Ertiga and XL6 next year, they now know exactly what the competition has to offer. Kia has kept the prices under wraps but are expected to be around Rs. 13-19 lakhs mark for being a better positioned offering.

Will the Carens be another masterstroke from Kia? It is to be seen but the company has outdone the competition and has offered an exciting option for the buyers in this segment. We will be able to tell if the Carens delivers on the road too when we get our hands on with its full drive review, until then it’s a waiting game.