Mahindra XUV700 starting price Rs. 12.49 lakhs, is set to become the fastest SUV to cross the 1 lakh bookings mark in India, according to the company. Mahindra & Mahindra Ltd has said on Thursday that it has billed 14,000 XUV 700 since commencement of bookings from October 30, 2021. 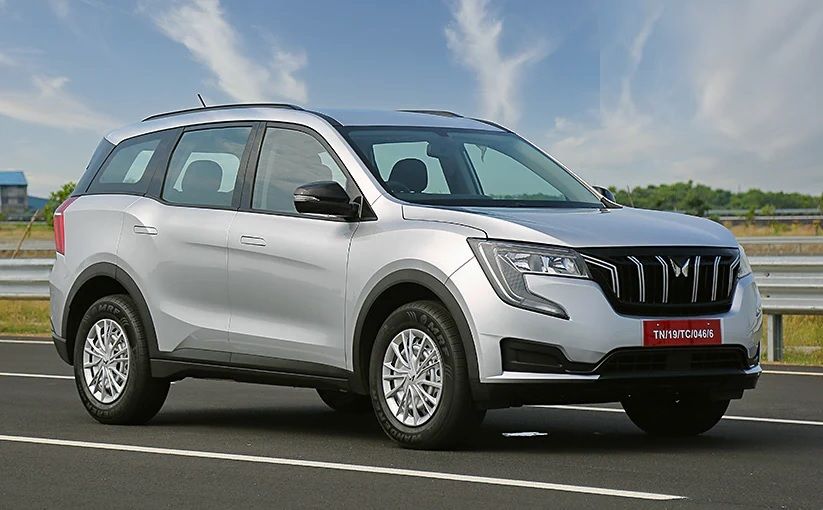 This is quite an achievement both in terms of the bookings as well as the number of cars the company has billed despite facing the challenges in supply chain and component shortage. The XUV700 is Mahindra’s 7-seat version of the now replaced XUV500 and just like its predecessor, the XUV 700 has proved to be a success story for Mahindra.

Mahindra has had a fruitful 2021, with its latest iteration of the Mahindra Thar off-roader also posting great sales numbers and with the current strong demand for its latest SUV the company is struggling to fulfil the demand of the buyers with the waiting periods for most XUV variants at 6-10 months while that of the top-spec AX7 variant, the waiting period is of more than a year in some cities.

The XUV700 is offered in 5 and 7-seat versions, in MX, AX3, AX5 and AX7 trim levels where AX variants are powered by Mahindra’s latest AdrenoX system. The Mahindra XUV700 AX7 price is Rs. 22.99 lakhs, but it still continues to be the most in demand variant mainly due to the ADAS features available on it.

The XUV700 gets a bold new styling update with Mahindra’s new SUV-specific logo, bigger and bolder chrome grille, stylish new clear view LED headlights with unique comma-shaped LED DRLs and arrow-head LED taillight design which gives the SUV a modern look. In terms of the interiors the XUV700 has a clear dashboard design which has two massive screens housed in a single panel just like in a Mercedes. It has two 10.25-inch screens for the infotainment as well as the instrument cluster. Other features include the largest sunroof in the segment, three driving modes, premium Sony 3D surround sound system, wireless Android Auto and Apple Car Play, live navigation and 3D maps, electric parking brake, electric driver seat adjustment, smart retractable door handles and many other features.

In terms of safety too the car comes loaded with 7 airbags, ESP, all-wheel disc brakes and 360-degree surround view camera. In terms of engines the XUV700 has a 2.0L turbo petrol making 197hp and 380nm torque mated to 6-speed automatic and manual gearboxes while the 2.2L turbo diesel engine makes 152.8hp and 360nm in the lower state of tune mated to 6-speed manual and higher tuned version makes 182hp and 420nm torque in 6-speed manual and 450nm torque in 6-speed automatic.

The company also said that the XUV700 has attracted many first-time customers in this segment for the brand with 60% bookings for the automatic variants while 35% bookings for the petrol versions. The Mahindra XUV700 has been a great success story and is doing what the Mahindra Alturas G4 starting price Rs. 28.77 lakhs was meant to do and that is to bring in new segment buyers to the brand.