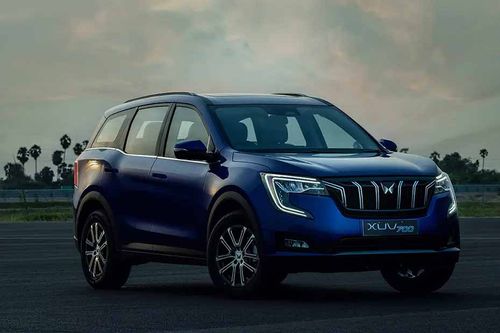 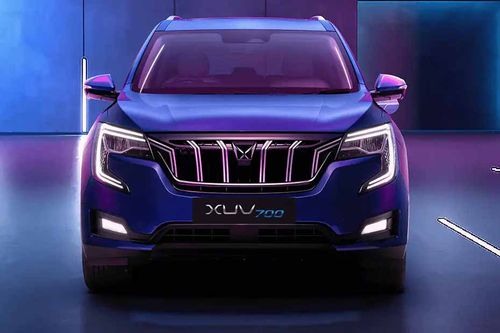 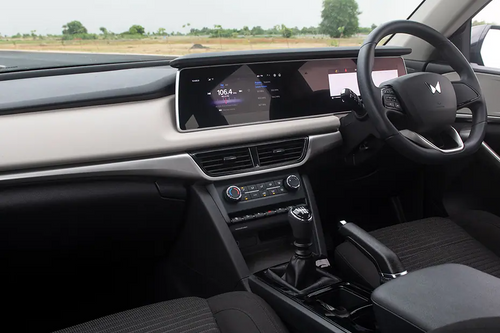 Everest White, Midnight Black, Dazzling Silver, and Red Rage are the four colour possibilities for the MX version. The AX Series, on the other hand, gets a new 'Electric Blue' colour. The MX Series has a five-seat layout, but the AX Series has a five-seat or seven-seat layout depending on the version. The MX and AX Series variants of the Mahindra XUV700 are available in the market. While both series have petrol and diesel engines, the MX only has a manual transmission. The AX Series, on the other hand, comes in three different trim levels: AX3, AX5, and AX7. The AX stands out, though, because it comes with both manual and automatic transmissions, as well as an AWD option for the top-of-the-line automatic.

The MX Series comes with a six-speed manual transmission and either a 195bhp/380Nm 2.0-litre Turbo GDi mStallion petrol engine or a 153bhp/360Nm 2.2-litre Commonrail Turbo diesel mHawk engine.
Meanwhile, the AX Series is powered by a 2.0-litre Turbo GDi mStallion petrol engine that produces 195bhp and 380Nm and is available with both a manual and automatic transmission. Interestingly, the torque output of the 2.2-litre Commonrail Turbo Diesel mHawk engine fluctuates, despite the fact that it produces 182bhp. While the manual transmission produces 420Nm, the automatic transmission produces 450Nm.

The XUV700 is the first vehicle in the company's lineup to have the new brand emblem, with a shapely black grille flanked by big headlamps and canine-shaped LED DRLs. LED tail lamps in the shape of arrows embellish the entire back profile. The modern door handles and power-adjustable ORVMs with built-in turn indicators are further noteworthy. The MX Series and AX3 variations have 17-inch steel wheels, while the AX5 and AX7 models have 17-inch and 18-inch diamond-cut alloy wheels.

The XUV700's interior features leatherette on the seats and leather on the steering wheel and gear lever, depending on the model. The MX Series, for example, has an eight-inch touchscreen infotainment system with Android Auto and a seven-inch gauge cluster as standard equipment. The AX Series, on the other hand, comes with a dual HD 10.25-inch infotainment system and a 10.25-inch digital cluster. Similarly, top-tier XUV700 models come with modern technologies like Wireless Android Auto, AdrenoX Connect with 70 linked capabilities, six-way power seats (with memory), and more.

The Mahindra XUV700 competes against the Tata Safari and Harrier, the MG Hector and Hector Plus, and the Hyundai Alcazar, among others.

Mahindra XUV700 Comparison with other Cars

Mahindra XUV700 CNG is not available in India.

Yes, Mahindra XUV700 is available with diesel fuel in India.

The Mahindra XUV700 is available in Automatic.

Mahindra XUV700 has a fuel tank capacity of 60L

Yes, the Mahindra XUV700 have a sunroof.

Mahindra XUV700 has a space to accommodate five adults in 2+3 seating configuration.