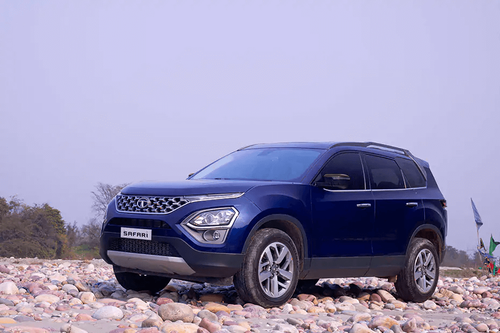 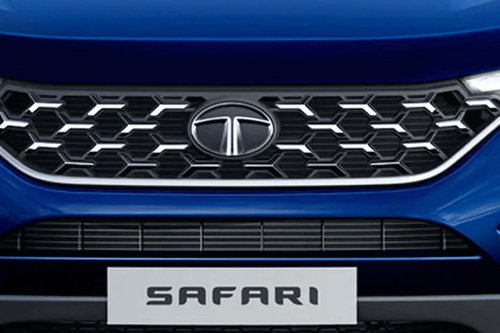 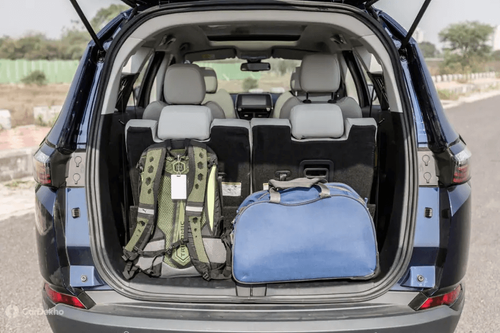 With a brand-new SUV, Tata has revived its marquee moniker, the Safari. Land Rover's D8 platform is used in part by the Tata Safari, which Tata has given the moniker OMEGARC. This platform is also used by the Harrier SUV. The Tata Safari was launched in India in the month of Feb 2021.

There are five different color options for the Safari, including Royal Blue, Tropical Mist, Daytona Gray, Orcus White, and Tropical Mist Adventure. Black and White are the interior colors of the Safari. The seats' upholstery is oyster white leather, provided by Tata. Customers will have a choice between nine different variants of the Tata Safari, including the XE, XM, XMA, XT, XT Plus, XZ, XZ Plus, XZA and XZA Plus.

Hyundai Alcazar, MG Hector Plus and future versions of the Mahindra XUV700 that will be offered with a seven-seat layout are some rivals of the Tata Harrier.

Tata Safari Comparison with other Cars

Good car it is..
What a fantastic car...
By Arif

What a good car..
Build quality is good...and the style is good...
By Siddha

Tata Safari on road price in Delhi starts from ₹ 18.40 Lakh for the base version XE and goes up to ₹ 28.30 Lakh for the top version XZA Plus Gold 6 S.

The lowest priced Tata Safari XE in India is available at ₹ 15.35 Lakh in India.

In India, Tata Safari is available in 36 variants.

No, CNG fuel option is not available in Tata Safari.

Tata Safari has a boot space capacity of 447 litres.

The Tata Safari comes with 2 seating options. 6-seater and 7-seater.

no, the LED headlight option is not available in any of the 36 variants of Tata Safari.

With a new SUV constructed on the D8 platform developed by Land Rover, Tata has revived the Safari brand. The Safari comes in nine different variations including a special adventure model with roof rails, grille, and alloy wheels in piano black. Royal Blue, Tropical Mist, Daytona Grey, Orcus White, and Tropical Mist Adventure are the five colors available for the Safari. 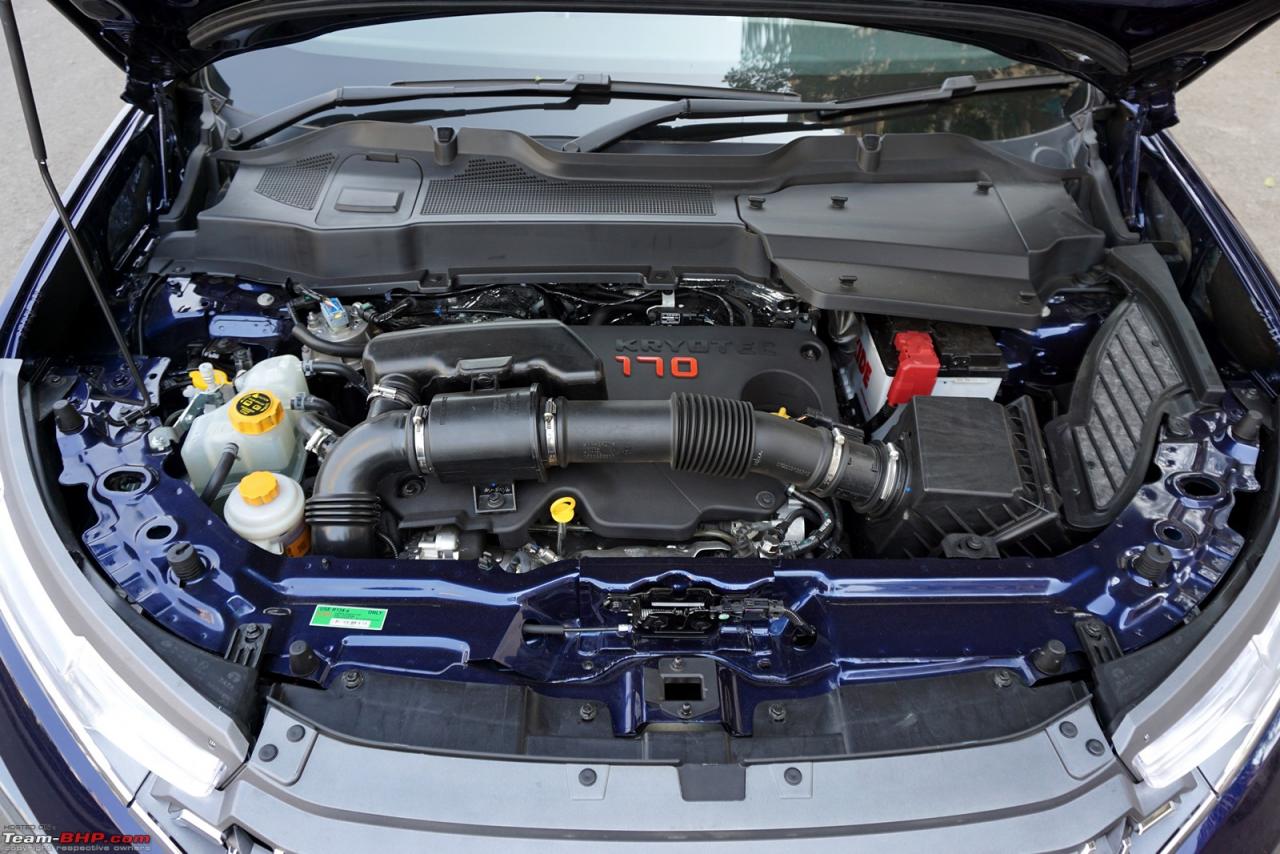 The Safari resembles the Harrier in appearance, although it is larger to carry more passengers. There are six and seven seat versions for this SUV. The second row captain's chairs are also included in the six-seat version. It also has fog lamps with a cornering function and projector headlights. As turn signals, the DRLs are also useful. Some of the top-spec models include 18-inch machine-cut alloy wheels. This Safari has hill hold control, automatic driving modes, a panoramic sunroof, headlights, and rain-sensing wipers. 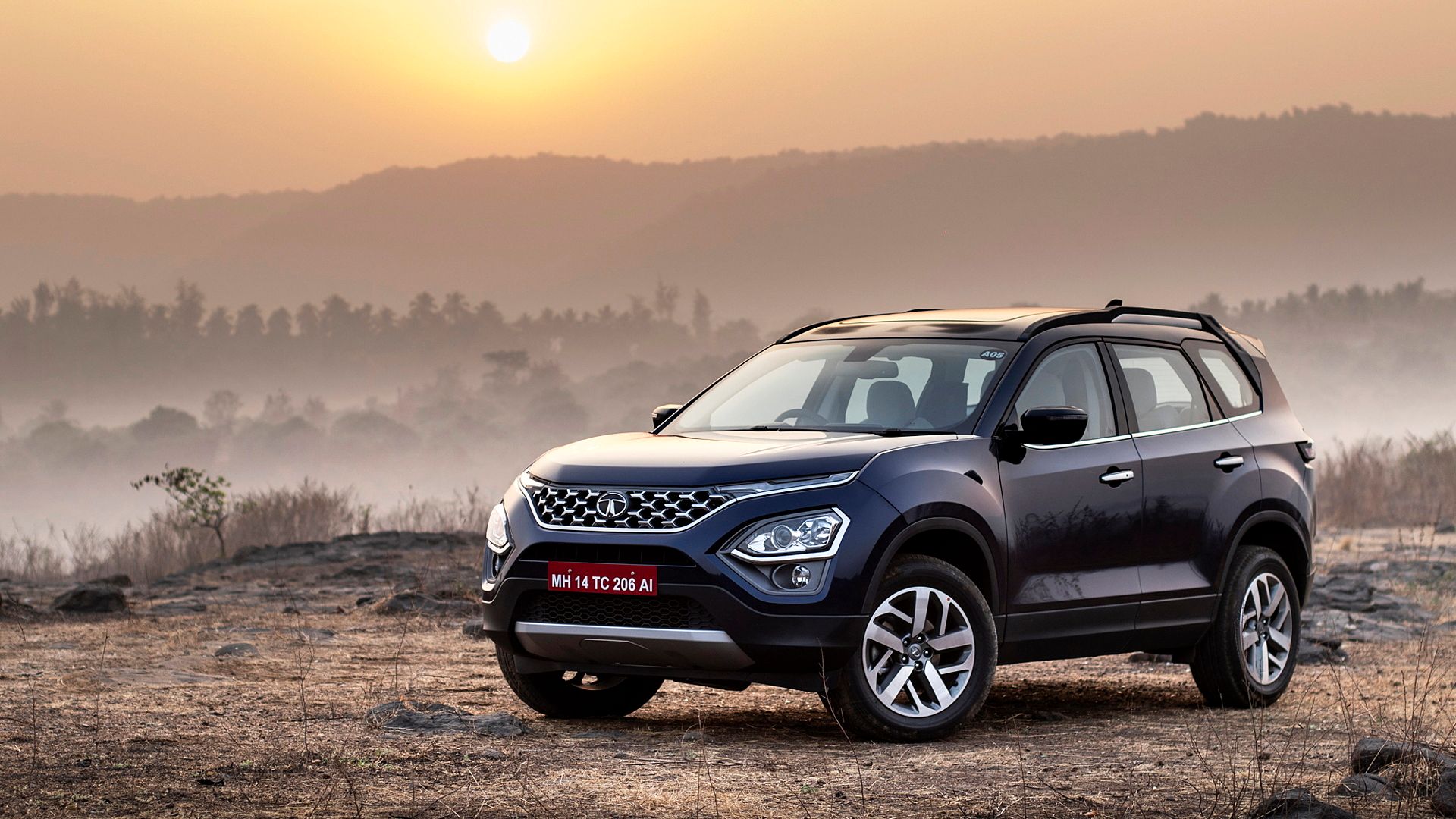 The Safari's cabin has a two-tone design and a dashboard painted Ashwood. With the iRA connect feature, there is an 8.8-inch infotainment touchscreen system that also supports Apple CarPlay and Android Auto. The instrument cluster, on the other hand, includes a seven-inch colour TFT display with an analogue dial. A nine-speaker JBL sound system, leather-wrapped multifunctional steering wheel, electric driver seat assist, and leather-upholstered seats are also included in the cabin's features. Moreover, the third row contains a cup holder, air conditioning vents, and a charging point. includes all four disc brakes, an anti-lock braking system, etc. 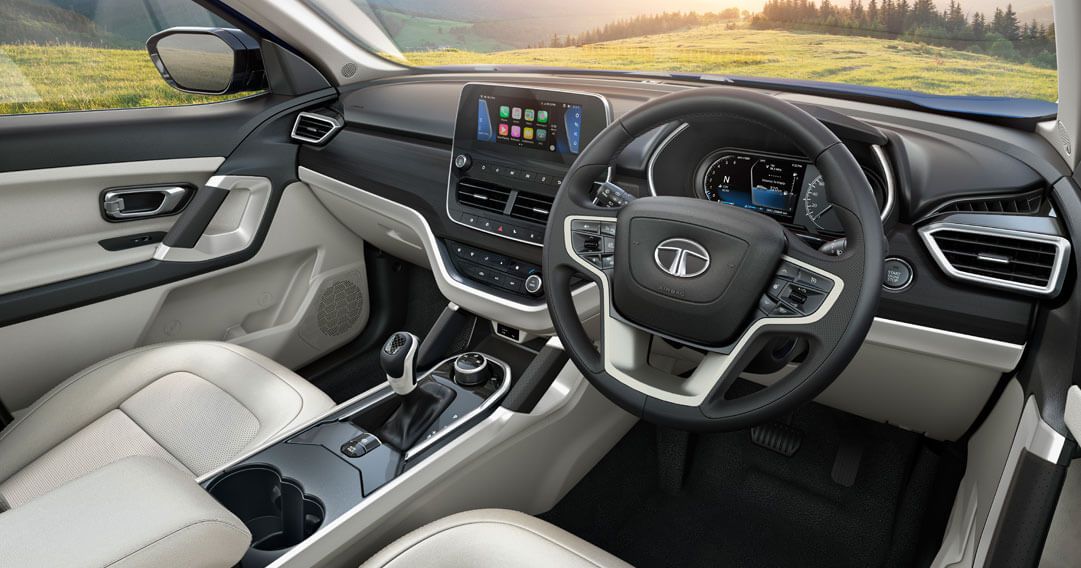