Maruti Suzuki has launched the all-new Celerio CNG in India with prices starting at Rs 6.58 lakhs (ex-showroom, New Delhi) and like most other Maruti CNG models, the factory-fitted CNG kit is not offered on the base, LXi trim as Maruti will offer the CNG kit in the VXi and above trims. The addition of a CNG kit has increased the cost of the Celerio by Rs. 95,000 against its petrol variants. 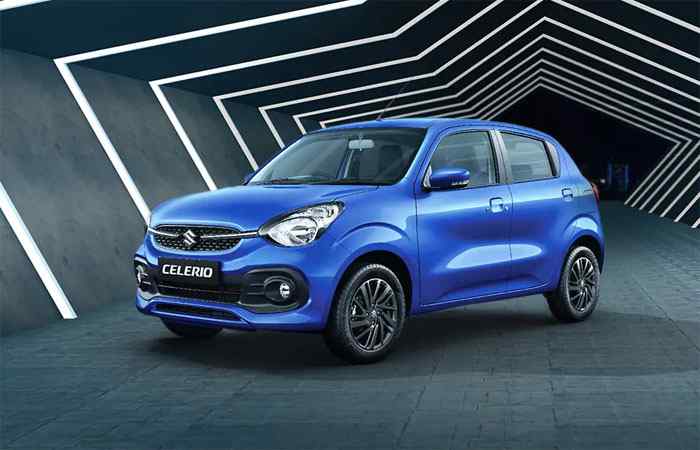 According to earlier media reports, few of the Maruti Suzuki dealers had already started unofficial bookings of the Celerio CNG, in anticipation of its upcoming launch. Maruti Suzuki is currently the largest CNG car manufacturer in India and also has the highest selling CNG cars with the Wagon R CNG being the top selling CNG powered car in the country. The company will continue to bet big on CNG power and has plans to expand its CNG line-up even further with future car launches planned.

The Celerio has also crossed the 6 lakhs units sales according to the company since its launch with the second-gen Celerio launched in November, and, has garnered a very good response from the buyers.

Here are the Details about the Maruti Suzuki Celerio CNG:

The all-new, second-gen Celerio CNG, gets the same 1.0L K10C series petrol engine which now makes 57bhp and 82nm of torque, which is less than the 67bhp of power and 89nm of torque that the petrol car makes. The CNG variant continues to be offered solely, with a 5-speed manual and drops the 5-speed AMT gearbox. The new K10C series petrol engine had made the Celerio, the most fuel-efficient car in India, with an ARAI certified mileage of 25.24kmpl for the manual and 26.68kmpl for the AMT variants but the CNG version has created a new milestone in terms of fuel efficiency with a claimed mileage of 35.6 kms/kg according to the company which is more than the older generation model’s CNG variant, which had an ARAI mileage of 30.47 km/kg.

The Celerio CNG remains the same in terms of design and features but gets the S-CNG badge on the boot and due to the CNG cylinder loses out on boot space. In terms of features and safety tech the car gets the same features and safety as offered on the petrol powered Vxi variant such as central locking, electrically adjustable ORVMs, power windows, dual airbags, rear camera and ABS.

The Maruti Suzuki Celerio CNG VXi price is Rs. 6.58 lakhs which makes it a competitively priced offering in this segment as it will rival the likes of the Hyundai Santro CNG and the upcoming Tata Tiago CNG, which is scheduled for launch this month.

Maruti Suzuki is ready for a product onslaught this year with the Celerio CNG followed by the all-new Maruti Suzuki Baleno in February and then the company will launch its other popular car models like the all-new Brezza (The Vitara moniker will be dropped) and the next-gen, Alto, while it also has plans to launch the facelifted versions of the Ertiga and XL6 in the Indian car market. In between these big car launches, Maruti will be launching CNG variants of its other car models like the Swift hatchback and the Dzire, compact sedan with some media reports suggesting that the new Brezza may also get a factory-fitted CNG kit, but that will be cleared when the car launches later this year.. With Maruti in hyper mode in terms of new car launches, this year promises to be a great treat for the future car buyers as well as enthusiasts like us. Stay tuned for more.