The 2022 MG ZS EV facelift will be launched in the month of February according to news reports. The new ZS EV will get the usual styling updates to the exterior and interior how-ever the biggest update will be the addition of a larger battery pack than the current one. 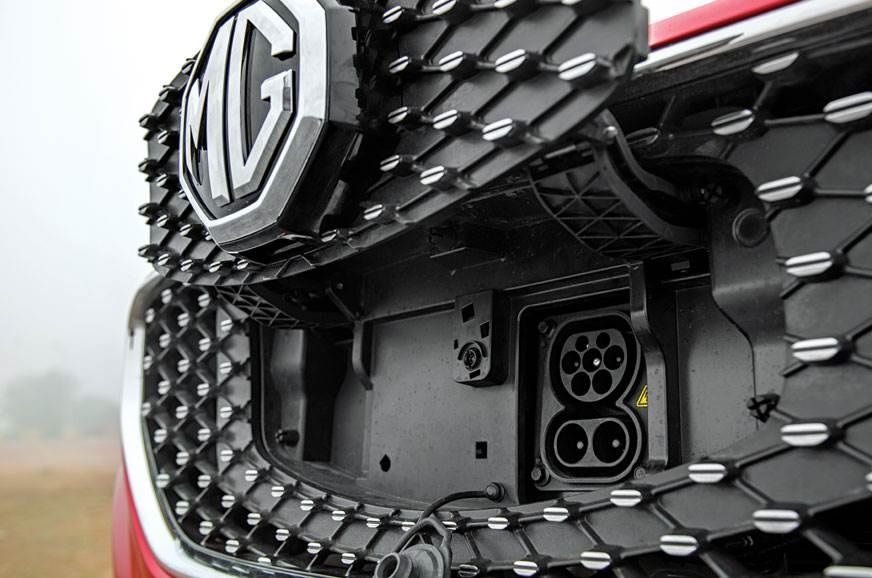 MG had globally unveiled the ZS EV facelift last October, with its design more on the lines of the MG Astor but with greater visual difference between the two cars.

The new ZS EV gets sleek headlamps with integrated LED DRLs and taillights similar to the Astor with the overall dimensions being the same too. How-ever the EV gets a new design for its front grille area which is body coloured and completely blanked out (a-la Tesla Model 3) and the charging port to is moved to the side of the MG logo now.

The front bumpers are now re-designed with new air intakes and air vents on the sides for added aerodynamics to help with the range. The same thing goes on with the rear bumper too as the electric car also gets new design for the alloy wheels.

The interior of the MG Electric SUV will remain mostly unchanged in terms of design albeit the company may offer new upholstery but in terms of feature the EV will get a host of new updates like the addition of a digital instrument cluster, a bigger 10.1-inch instrument cluster and wireless phone charging among the major changes. Since the ZS EV is based on the Astor SUV which comes with AI assistant and ADAS features, it will be interesting to see if the company will offer these on their new electric car as well.

The MG ZS EV price is expected to see a hefty rise due to the increase in input costs coupled with the stylistic updates and the larger battery pack, expect the price of the new ZS EV to be in the range of Rs. 27-30 lakhs.

MG is planning to launch a mass-market electric SUV for the Indian market in the next year with it focussing on electric cars more which can result in competition in that segment as Hyundai had already stated its plans to launch 6 new EVs by 2025 in India.