Three Point Seatbelts to be Mandatory for all Seats?
अपनी भाषा में पढ़ें

Three Point Seatbelts to be Mandatory for all Seats? 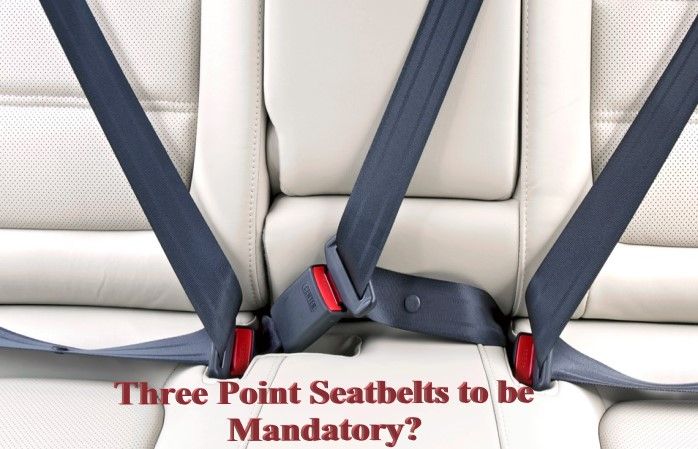 The Government of India is planning to make three-point seat belts mandatory for all seats in a car with a draft being readied by the Ministry of Road, Transport and Highways. The draft notification is expected to be issued by next month with the Indian car manufacturers set to start working on implementing this, when eventually it becomes a rule. The government is currently looking to get feedback and suggestions from the public and various stakeholders as it wants to make cars in India safer and on par in terms of safety with global standards.

This development comes after last month it was reported that the Union Minister, Nitin Gadkari has signed on a proposal to make six airbags in a car mandatory in India and the MoRTH issued a draft notification in January to seek public feedback on the proposed rule.

The Indian government is aggressively making rules and changes to certain rules to make Indian vehicles and roads safer as Indian roads are the worst in terms of the number of accidents that take place on them every year.

Why This New Rule is Necessary:

According to the data of Indian cars, only few models have three-point seatbelts for rear middle passenger, which puts the middle passenger on the rear seat in grave danger in case of an accident and scientifically speaking the three-point seatbelts do help occupants in a situation of a crash, as, they distribute the sudden force of the energy of a body in momentum over the shoulders, chest and the upper pelvis region, thus, reducing chances of life-threatening injuries or even fatalities.

What it Means for Car Makers:

The car companies do this to keep costs down and if this draft is approved and notified as a rule then the costs of cars will increase along-with the added uncertainty regarding the six airbags mandate which will push the costs of even entry level cars like the Maruti Alto 800 and the Renault Kwid beyond Rs 5-6 lakhs, thus putting unwanted pressure on car makers and foiling the plans of numerous households dreaming to own a car.

Why to Thank Volvo?

The three-point seatbelts, have been helpful in saving countless lives since, they were introduced by the Swedish luxury car maker, Volvo in 1959 and the company known for making the safest cars and gives special attention to making all its cars safer for the public, showed a big heart for the greater good when it fore-go its option to patent its three-point seatbelts and left the patent open, to be used in subsequent cars of the automotive industry around the world.