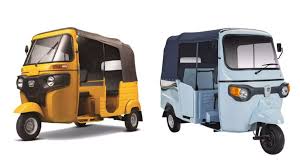 Porter Harris spent nearly five years working on the batteries that propel the F9 Rocket and Cargo Dragon Spacecraft of SpaceX. Later he was also the chief battery engineer at EV startup Faraday Future. The other is an Indian automotive industry veteran with a nearly three-decade-long career. Pankaj Dubey has built his expertise with stints at Hero Motors, LML, Yamaha and Polaris.

In the middle of the pandemic last year, LinkedIn brought Harris and Dubey together and a few messages and many hours of facetime led to the birth of a company--Power Global. Curiously, Dubey and Harris have not even met each other personally.

"It is actually funny. We have not even met once yet," Porter says. "When we started interacting we weren't even talking about business to start off with. That came much later. At a certain point, you just see the people for who they are even if it's over a screen and that was pretty obvious to me."

The company recently launched its first swappable lithium-ion eZee battery aimed at the e-rickshaw market and is setting up a battery manufacturing factory at a former Honda Logistics site in Greater Noida. It will have a capacity of 1 Gigawatt hour that roughly translates into 400,000 batteries every year. Power Global will be investing Rs 200 crore over the next 2-3 years.

As the largest three-wheeler market in the world, the choice for the firm to start its journey in India is an obvious one. There are around 2.5 million three wheelers on the road in India. All of them are potential customers. It is also a segment where the acceptance of EVs is already high--around 40 percent of current new three wheeler sales in the country is electric. So when Dubey says he is looking at converting 9 lakh three wheelers over the next 6-7 years, it does not sound very outlandish.

"My expertise is in gaining scale and that is what I have learnt while working with so many global OEMs," he says. "The three wheelers are already on the road so our customers are out there. We are talking about tapping into 400-500 cities in the country. Then you also have OEMs who would buy our kits so that is another revenue stream." Further, the company also wants to offer battery swapping through the subscription model which brings down the acquisition cost of the vehicle while solving the problem of range anxiety. It is also something that a number of other companies like Chetan Maini's Sun Mobility are also trying. Yet, there are some who believe a fixed battery offers the highest efficiency--one of the reasons why most smartphones don’t have removable batteries anymore, and a swappable battery is relatively inefficient.

"Fixed batteries are more efficient but in the case of swappable batteries, the loss of efficiency is very minor as compared to the benefits. Our battery is already extremely efficient and very capable of handling high shock and vibration loads, dust etc," says Porter. "By being able to take the initial cost of the battery out of the equation and extrapolate that over time, we're able to give the benefit to the driver. Our EV kit is somewhere around a third of the cost (of a new EV). Further, we can bring down operational costs by having a swappable battery, saving the driver somewhere between 25 and 35 percent in operating costs per day. Both combined that is a lot of savings."