The upcoming 2022 Mahindra Scorpio will be launched in the first half of this year as, Mahindra & Mahindra is on a roll of late as its latest launches have been tremendous success for the company, starting with the Mahindra Thar starting price Rs. 12.78 lakhs, which was launched with much fanfare in 2020 and has garnered over 75,000 bookings since its launch. This was followed by another much awaited car launch from the desi-auto manufacturer, the Mahindra XUV700 starting price Rs. 12.49 lakhs, which was launched in 2021 and has already garnered over 1 lakh bookings- a record for any SUV in India. 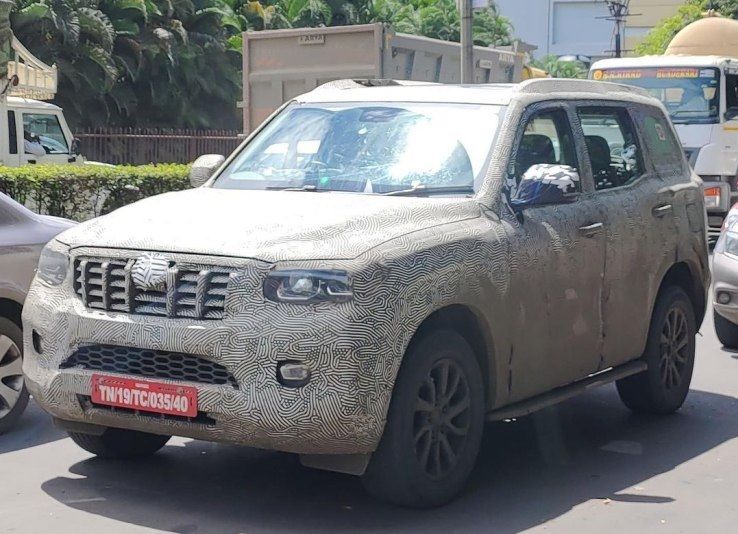 The company is struggling to complete its deliveries on time due to the supply chain constraints and the global semi-conductor chip shortage, as waiting periods for the Thar stands at 4-8 months, while for the XUV700 has crossed 12 months on some variants, but all this is not going to stop the Indian auto giant as it continues to test new SUVs for launch and has plans to launch the new 2022 Scorpio in the Indian car market.

Mahindra has been developing the new Scorpio for the last three years with test mules being spotted frequently all-across India. Mahindra was expected to launch the all-new Scorpio in 2020-21, but due to the COVID-19 pandemic and its subsequent lockdowns, the launch got deferred, but the company is ready to launch it in 2022.

Here are the details about the new 2022 Mahindra Scorpio:

The 2022 Mahindra Scorpio, is expected to be a generational change for the SUV with an all-new design both inside and outside. The new Scorpio will be based on the modified body-on-frame chassis of the new Thar, but will be lighter by about 100-150 kgs than the outgoing model. This how-ever will not hamper the safety ratings of the new SUV as it is expected to be lighter yet safer than the previous version which had received 0-star in its safety test by Global NCAP.

Mahindra has now, renewed its focus on building safer cars for Indian roads as the new Thar, had received a 4-star safety rating from Global NCAP, which is at least expected of the new Scorpio as well. The Scorpio will be larger, wider and taller than the current version and Mahindra will also, offer the Scorpio in both 5 and 7-seats layouts.

In terms of design and features, the 2022 Mahindra Scorpio will have all new body panels with large LED headlamps with LED DRLs in the fog lamp housing. It will also get a bold new grille and re-designed front bumper. From the sides, too, the new Scorpio will look imposing with larger alloy wheels, rising window line and functional roof rails. The rear will get new sleek looking LED taillamps and a roof spoiler.

The upcoming Mahindra Scorpio will borrow its engines from the new Thar, the 2.0L mStallion petrol unit and the 2.2L mHawk diesel unit with both expected to have similar power figures but in different state of tune. Transmission duties are expected to be carried by a 6-speed manual or 6-speed automatic. Mahindra will also offer the shift on fly, 4WD drive system offered in Thar, but in its updated format, with a rotary dial to change off-road modes as against the lever found in Thar.