Toyota is planning to launch its Hilux Pick-up Truck in the Indian market and according to some reports, the pick-up truck may launch in the last weeks of January but only if the rapidly growing Corona virus cases remain under control. The Hilux was already spotted during its TVC shoot in red colour in Gurgaon. 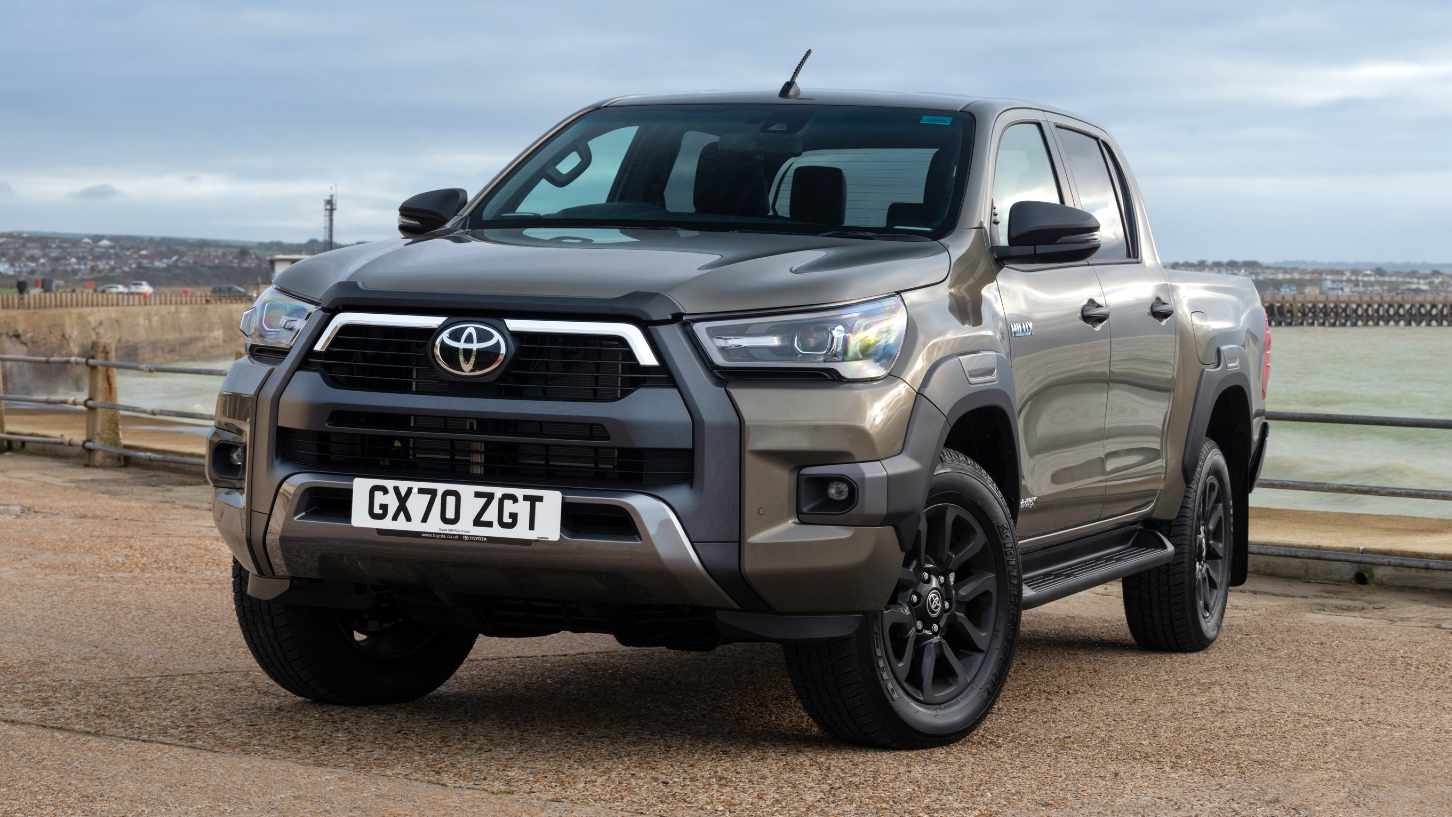 The Toyota Hilux is one of the most legendary vehicles in the world and has been on sale globally since 1968 but will be coming to the Indian shores for the first time ever. This Toyota pick-up is known for its durability and rugged-ness even during harsh driving conditions with many of these still running smoothly even after decades.

Toyota Hilux- What to expect?

According to earlier reports the Hilux was said to be a direct CBU import but latest reports suggest that Toyota will be import the Hilux as a SKD or Semi Knocked Down unit to the Indian market with it being assembled in India.

The Hilux is based on Toyota’s IMV-2 platform, the same platform on which the current Fortuner and Innova Crysta are based. The Hilux has butch looks and commands a massive road presence which will definitely intimidate others. Even-though it is based on the same platform, the Hilux has a 340mm longer wheelbase, of 3,085 mm compared to the Fortuner.

Even after sharing a lot of parts, the exteriors of the Hilux pick-up will be completely different from the Toyota Fortuner. The truck will have a bold, large hexagonal front grille, flanked by big swept-back projector headlamps with integrated LED daytime running lights. The front bumper looks chunky having a bull-bar like design.

When viewed from the sides, its massive length becomes more apparent, while there are flared wheel arches with body cladding which give the pickup truck a rugged look and feel, also, there are multi-spoke alloy wheels on offer. The rear styling, how-ever is like most pickup trucks and looks is quite simple and minimalistic, though the sculpted vertically stacked taillamps add some character to the rear. 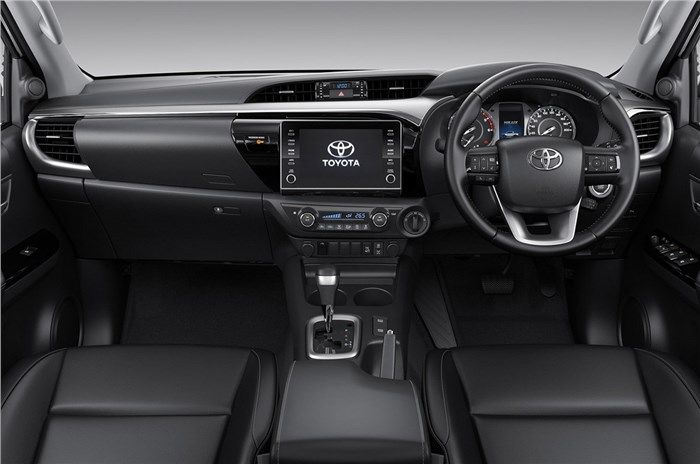 The Toyota pick-up truck will share some of its interior components with the Fortuner and Innova, having a similar overall dashboard design to the Fortuner with the steering. Thus, the pick-up may also use the same 8.0-inch touchscreen infotainment unit with Android Auto and Apple CarPlay from the Fortuner. Other features may also be carried from the locally produced Toyota cars to save on costs. In terms of safety too, expect the Hilux to be fully loaded like the other two cars in the Indian market how-ever the full features and safety list will be revealed at the launch.

Toyota will definitely offer its famed A-TRAC (Active Traction Control) system in the Hilux which would help in driving in off-road conditions by automatically detecting slip of tires intervening when the wheels start losing traction and will also have a rear-locking differential and an all-wheel-drive system.

Toyota hasn’t confirmed the powertrain options for the Hilux in the Indian market, how-ever the 2.8L diesel unit from the Fortuner is expected to do the duty on this heavy-duty pick-up making 201hp and 500nm of torque. The company is expected to offer both the two-wheel drive version as well as the four-wheel drive versions in the Indian market, though the transmissions unit could be manual or automatic or maybe even both. 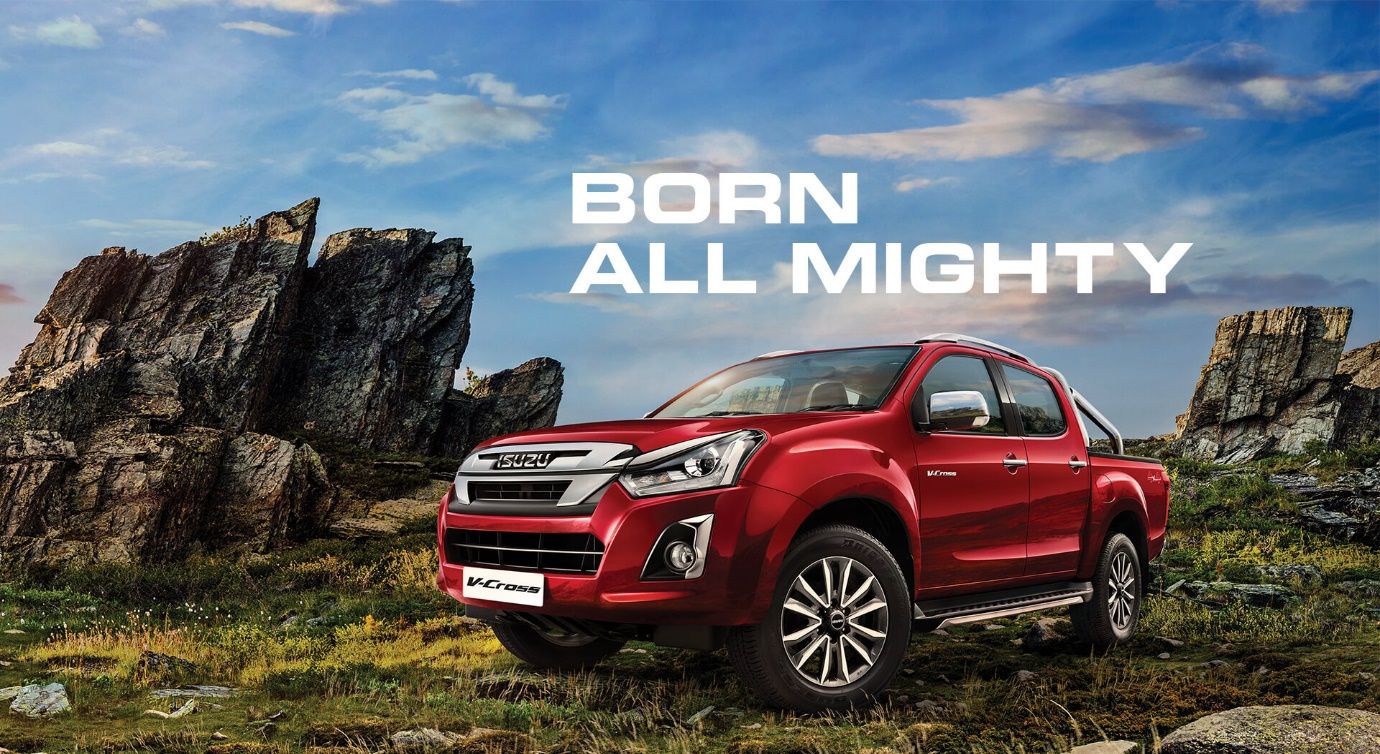 Toyota is expected to only launch the higher spec, double-cab version right now in India but may opt to introduce the single-cab version in the near future.

The Toyota Hilux price is expected at around Rs. 30 lakhs and would compete against the Isuzu D-Max V-Cross in India which has price between Rs. 11.99-25.59 lakhs. The unofficial booking of the Hilux pick-up has already started at few Toyota dealerships.