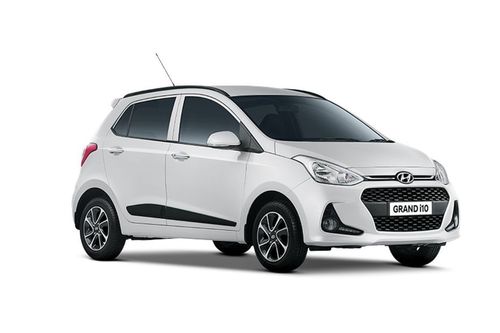 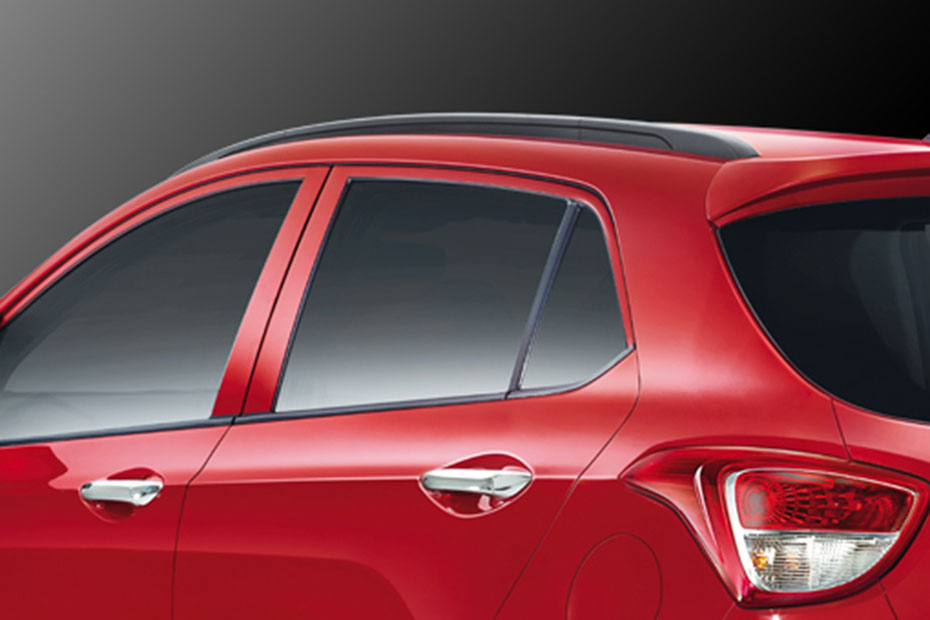 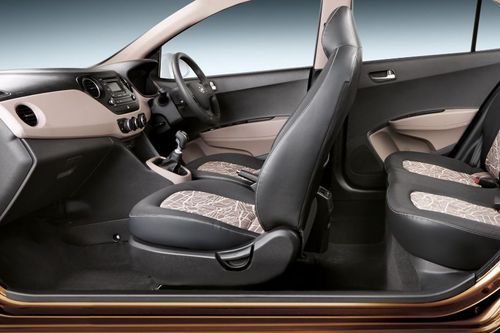 Hyundai offers 0 variants for Grand i10

Hyundai Grand i10 has elements of both the i10 and i20. It comes with a large hexagonal grille, swept-back headlamps and cohesive fog lamps in the bumper. The sloping roof and faux roof rails also make the car look quite attractive. Grand i10 is equipped with ‘diamond cut’ alloy wheels.

The cabin of the car has a beige colour. However, the instrument and audio system lighting remains blue, which is a trademark of Hyundai. The car has an asymmetric layout for the dials, with a central speedo, temperature and fuel gauges to the right and a tachometer to the left. The digital trip computer shows the tripmeter and distance covered. The Grand also offers audio and visual seatbelt warnings.
Even though the Grand i10 does not come with a climate control system, the air-conditioning of the car is very good. It also offers a rear blower and a chilled glovebox. The integrated audio system comes with connectivity options including iPod and Bluetooth connectivity. There are cup holders in all four doors, with different-sized cupholders in the centre console. There is decent kneeroom in the car, but three people in the rear will have to squeeze a bit. The wheelbase of the Grand i10 is 2425mm, and a boot space of 256 litres.
The Grand is available with two engines. The 1.2-litre VTVT petrol engine generates 81PS of power and 114Nm of peak torque. It is mated to a manual gearbox. Another one is the three-cylinder 1.1-litre diesel engine. The 1.1 CRDi is in principle with the 1.4-litre four-cylinder with one cylinder less. To counter the imbalance of a three-cylinder, Hyundai has chosen to use a counterbalancing shaft, which means refinement levels expected of a Hyundai common-rail diesel. Those of us who have been driving for many years will have a certain impression of a three-cylinder Hyundai diesel, but let me assure you, this one is nothing like that. It is quiet, refined and torquey. Hyundai has put in a lot of effort designing this engine, and as a result, it has a few unique features like the turbocharger being an integrated unit of the exhaust manifold. This engine produces 70PS and 160Nm and puts the power down to the front wheels via a five-speed manual gearbox. The peak torque is claimed at 1500rpm, which is one of the contributing factors for the 24kmpl ARAI fuel efficiency figure.

Similar Cars to Hyundai Grand i10

Hyundai Grand i10 CNG is not available in India.

Hyundai Grand i10 offer a ground clearance of 180mm.

No, Hyundai Grand i10is not available with diesel fuel in India.

The Hyundai Grand i10 is available in AMT.

The Hyundai Grand i10 top speed is around 170km/h.

Hyundai Grand i10 has a fuel tank capacity of 48L

No, the Hyundai Grand i10 does not have a sunroof.

Hyundai Grand i10 has a space to accommodate five adults in 2+3 seating configuration.