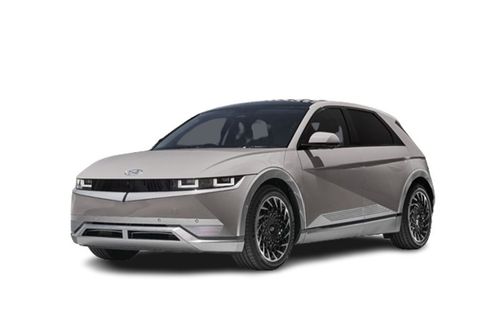 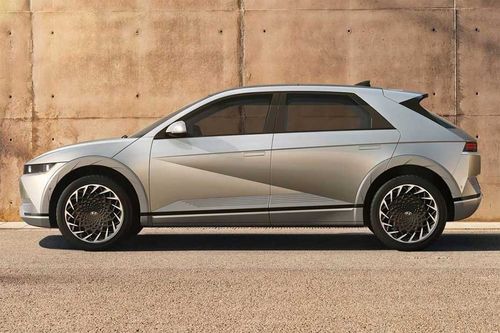 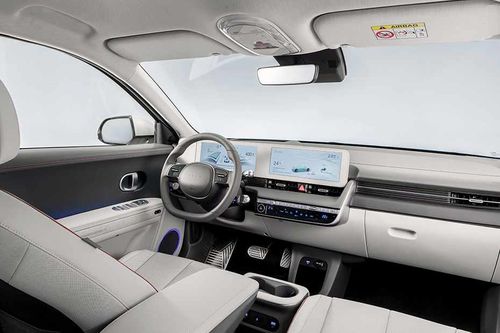 Hyundai Ioniq 5 price in India starts from 44.95 Lakh and reaches up to 44.95 Lakh. The Ioniq 5 is a 5 seater Sedan car that is offered in 1 variants with Automatic transmissions. The ARAI mileage of Ioniq 5 is . If you want to know more about the Hyundai Ioniq 5, kindly fill the form to download the brochure.

In India, the Hyundai Ioniq 5 is slated to debut in the middle of 2023.

The all-electric Ioniq 5 has two distinct battery packs based on the Electric Global Modular Architecture (E-GMP): 58 kWh and 72.6kWh. According to WLTP, the regular range battery pack has a range of up to 385 kilometers, while the long-range battery pack has a range of up to 481 kilometers. Hyundai also offers two different drivetrain options: rear-wheel drive, and all-wheel drive.
The rear-wheel-drive standard model develops 168bhp and 350Nm of torque. The top-of-the-line all-wheel-drive variant, on the other hand, can produce 301bhp and 605Nm of torque. Meanwhile, the top speed is 185 kilometers per hour.
The Ioniq 5 has a one-of-a-kind 800-volt charging system. It can be charged from 10% to 80% in just 18 minutes when hooked up to a 350kW ultra-fast charger, and the charger also delivers around 100km of range in just five minutes.
LED headlamps and rear lights, a Bose sound system, a 360-degree video system, dual-zone climate control, hands-free boot opening, seven airbags, and two 12.25-inch displays are all available. Having said that, the Ioniq 5's most notable feature is that it enables Level 2 autonomous driving.
The electric hatchback is projected to cost between 40 and 60 lakh rupees. At the time, the Hyundai Ioniq 5 has no direct competitors in the country.

HYUNDAI IONIQ 5 COMPARISON WITH OTHER CARS