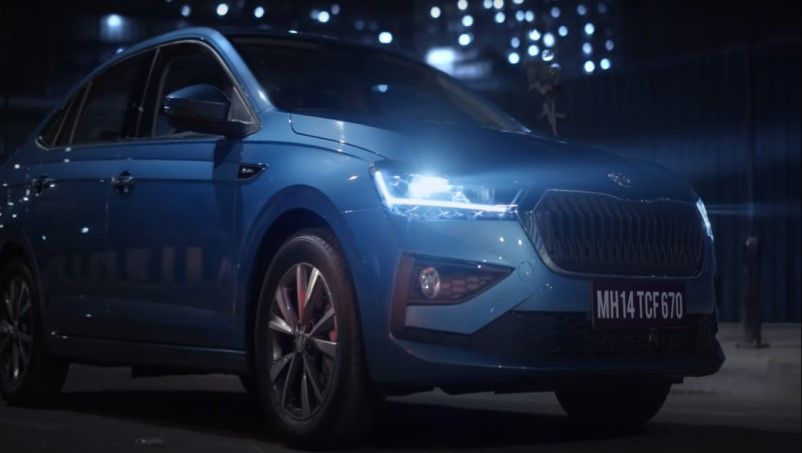 Skoda India will launch its hotly anticipated sedan the 2022 Skoda Slavia on February 28 and has been releasing teaser videos on its Youtube channel. The Swedish auto maker is betting big on the 2022 Slavia sedan as, it hopes to revive the dying sedan segment in India with this latest offering. When every Indian car manufacturer is launching or developing SUVs in India, the Swedish car maker has taken a surprising yet exciting route by deciding to launch an all-new sedan in the country.

This is a welcome change for everyone and also for car buyers who wanted to buy a sedan but were forced to either re-consider their choice in favour of an SUV or to go for the few sedans available in the Indian car market, which definitely are showing their age. The 2022 Skoda Slavia is a premium mid-size sedan and has been unveiled by the company in November 2021, with it on display at dealer showrooms for prospective buyers to inspect it at the start of February 2022, while the price announcement and official launch will happen on 28 February.

Stay tuned for a detailed review about this new Skoda product, when we get our hands on for a first drive in a couple of weeks. Till then here are all the updates about the 2022 Skoda Slavia sedan:

We have already covered a lot about the 2022 Skoda Slavia design so, let’s talk about the engines first, as Skoda has recently revealed the engine details of the sedan. Skoda India only offers petrol engine on its entire Indian car line-up and the 2022 Slavia also, follows the same route.

The higher variant- the Skoda Slavia Style will get the 1.5L, four-cylinder, turbo petrol engine which makes 148hp and 250nm of torque while mated to a 6-speed manual and a 7-speed DSG gearbox. This engine uses the Active Cylinder Technology, which shuts down two cylinders for added efficiency when the car is cruising. This engine is capable of doing 0-100km/h in 8.8 seconds and has a top speed of 190km/h.

The company will reveal the 1.0L TSI engine prices on February 28 while the 1.5L TSI prices will be revealed on March 3. This is quite a unique strategy by the Swedish car company but its Skoda and it is ‘Simply Clever’.

The 2022 Slavia sedan gets a sharp looking design, much on the lines of its larger siblings the Skoda Octavia price Rs 26.29 lakh and the Skoda Superb price Rs 31.99 lakh sedans, as, it gets the big butterfly grille and chrome accents similar to the one seen on the Skoda Kushaq price Rs 10.99 lakh.

The front grille is flanked by Skoda Crystalline LED headlights and L-shaped DRLs while the side looks neat and clean having a coupe like roof design with 16-inch two tone alloy wheels adding to its character. The rear gets Skoda’s C-shaped LED taillights with a crystalline effect. 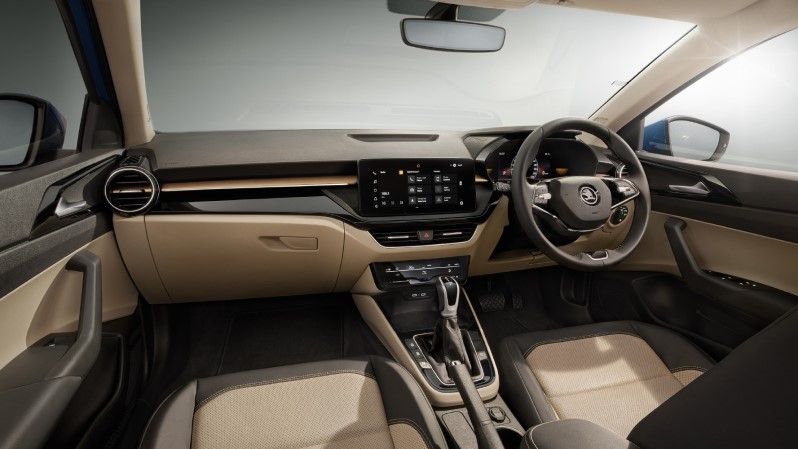 The Skoda Slavia interior looks premium and modern with its two-spoke multi-function, steering wheel as seen on the Kushaq SUV. The dashboard layout is clean without a lot of buttons and has features like a big touchscreen infotainment screen, digital driver’s display, electric sunroof, auto climate control with touch sensitive buttons, wireless phone charging and wireless Android Auto and Apple CarPlay among many other features.

The 2022 Slavia has the widest cabin in the premium mid-size sedan segment, which will certainly help in seating three people abrest on the rear seat while it also offers a large boot space of 521-litres, which adds to its practicality.

The official price announcement is in a couple of weeks but we’ve got news that, according to our dealer sources the 2022 Skoda Slavia starting price Rs 10.8 lakh is tentative but they have received this price till now with further changes expected.

The Skoda Slavia Style Automatic top model price Rs 17.7 lakh will put it on par with its rivals like the Honda City starting price Rs 11.23 lakh, which is loaded with the latest tech and features, while the Maruti Suzuki Ciaz starting price Rs 8.87 lakh, does undercut the Slavia in terms of price but lacks in the features department as well as has an ageing design.