Toyota has officially launched its 2022 Hilux Pick-up Truck in the Indian market. According to leaked brochures, the 2022 Hilux will be offered in two variants- Low and High and in only the double cab option. Toyota will reveal the pricing in March. 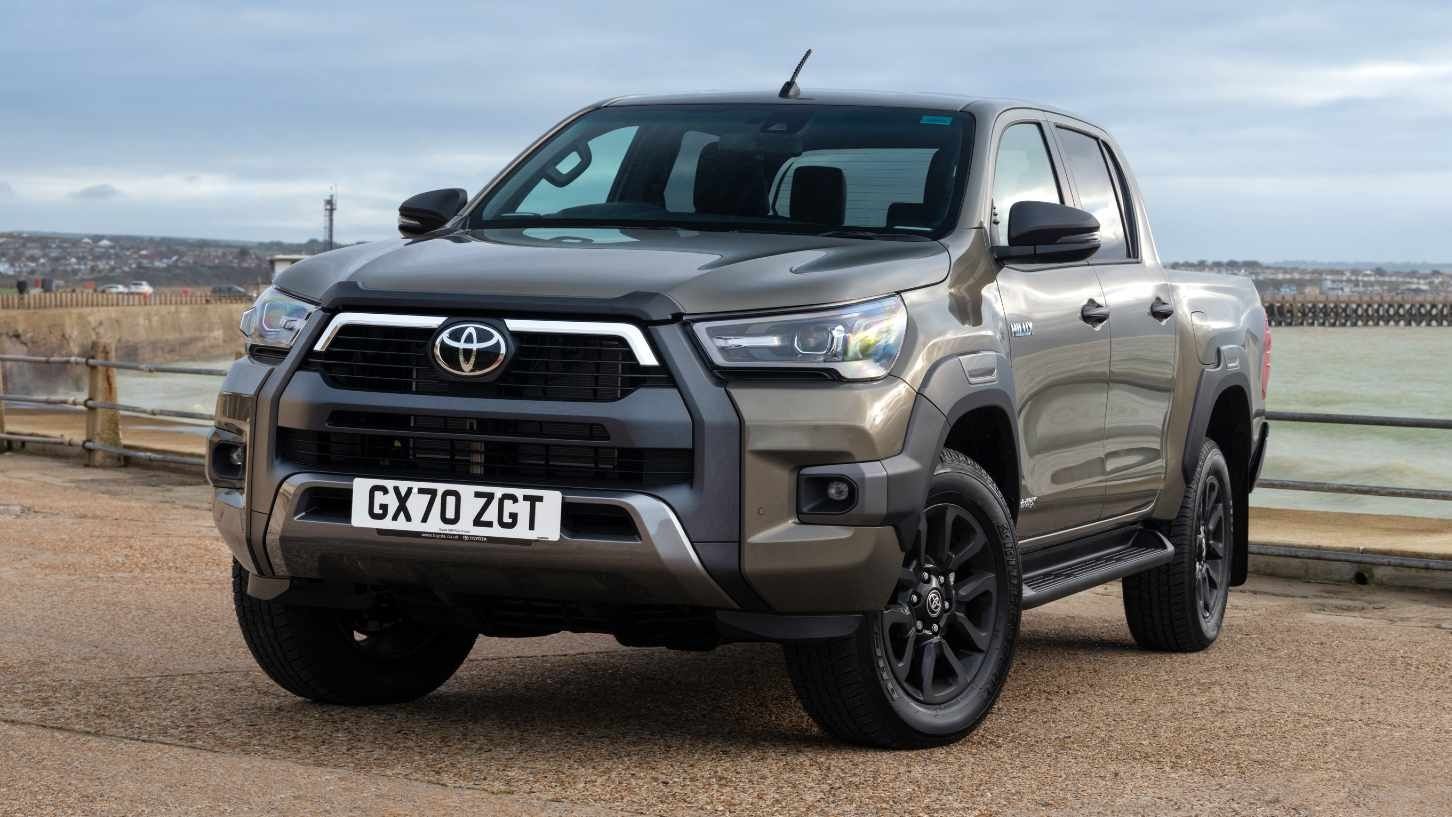 The Hilux pick-up remains a legendary vehicle and has finally come to India since it started selling in 1968. The 2022 Toyota Hilux will be imported as a SKD (Semi-Knocked Down) unit in India and will be assembled in the Toyota factory in Bengaluru.

Based on Toyota’s IMV-2 platform, the Hilux shares the platform with the current Fortuner and Innova Crysta. The Hilux has rugged looks and commands a massive road presence which will definitely intimidate others. It is 5325mm long, 1855mm wide, 1815mm high and has a wheelbase of 3085mm which is 34mm more than the Fortuner.

The front has a huge trapezoidal, black grille with chrome surrounds flanked by the sleek LED bi-beam projector headlamps with DRLs and the fog lamps are housed in gloss black, L-shaped surrounds on the front bumper. There is a lot of chrome on the pick-up including chrome on the outside rear-view mirrors, on window line, door handles and even front and rear bumper corners. The sides get the chunky body cladding on the wheel arches, side step and 18-inch alloy wheels.

The interiors of the Toyota Hilux will have an all-black cabin, with leather upholstery and tilt-and-telescopic multi-functional steering wheel seen on the Fortuner. It also gets features like, 8-inch touchscreen infotainment with Android Auto and Apple CarPlay, a TFT MID in the instrument cluster, push button start-stop, automatic dual-zone climate control with rear AC vents, electrically powered driver’s seat, a cooled upper glovebox and heat rejecting windows.

Toyota hasn’t revealed the powertrain options for the 2022 Hilux in the Indian market, how-ever according to reports the 2.8L diesel engine of the Fortuner will do the duty on this heavy-duty pick-up making 201hp and best-in-segment, 500nm of torque. The company is expected to launch both the two-wheel drive as well as the four-wheel drive variants in the Indian market, though the transmission duties will be a 6-speed manual in the Low and High trim while a 6-speed automatic is offered on the High trim only.

The 2022 Toyota Hilux pick-up price is expected at around Rs. 30 lakhs and will rival the Isuzu D-Max V-Cross price Rs. 11.99-25.59 lakhs in India. The official bookings of the Hilux pick-up has started at Toyota dealerships.