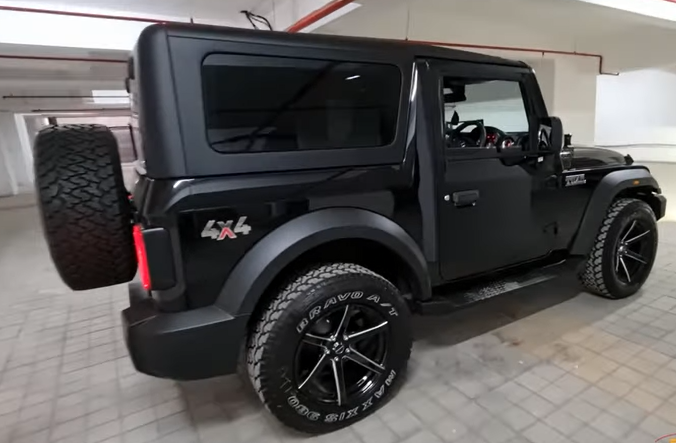 The Mahindra Thar has been the eye stealer since it get Launched. The demand for Thar has been continuously increasing by the Thar Enthusiastic. Thar Modification has also been playing an important role for the buyers as they keep on trying to do something with this Mahindra Beast.

Just like this, we found something interesting, which will give, the Thar Enthusiastic an interesting eye treat.

Watch the Full Video to get the get live Imagination.

At the front, Some of the modification has been taken as inspiration by the Jeep Wrangler, See the aftermarket seven-slat grille and chunky off-road bumper with triangular fog lamp housings to get the full scenario. 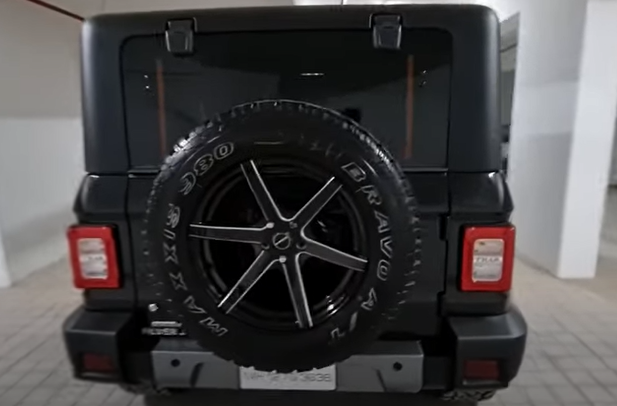 To protect the engine oil pan and transmission components from the rock hit, Lower down, there is an orange skid plate has been provided.

Also Read: Oppo will launch its Electric Vehicle by the end of 2023

As we have seen in the video, The modifier has installed a light bar, LED projector fog lamps on the bumper, and auxiliary lights at the base of the A-pillar.

As they light up the parking area, the lights were showing the impressive work in that particular area.

Although these auxiliary lights are not legal for road usage, they can be lifesavers on an off-road trail at night.

The presented roof features a set of five sweet-looking amber marker lights that are quite looking interesting and clearly give a fine look.

The seats have been updated with the new perforated leatherette covers with red stitching and quilted floor mats. 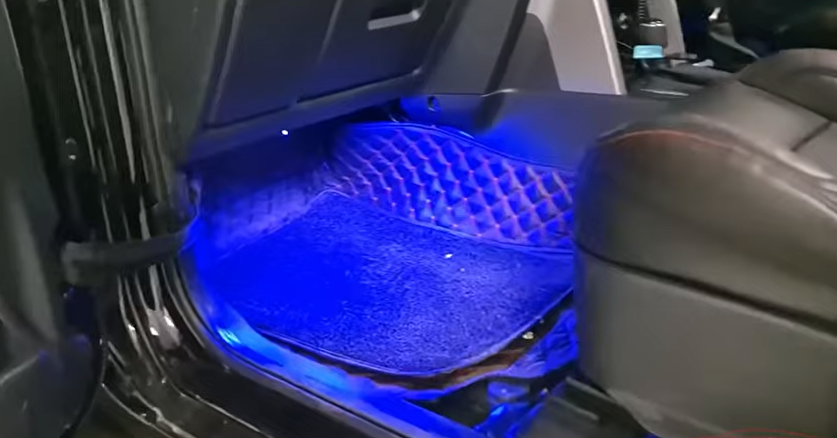 These perforated leatherette covers provide a plushness to the cabin. Footwell Ambient lights lighten up all-black interiors, Just like the LED elements in the Mercedes turbine-style air vents. 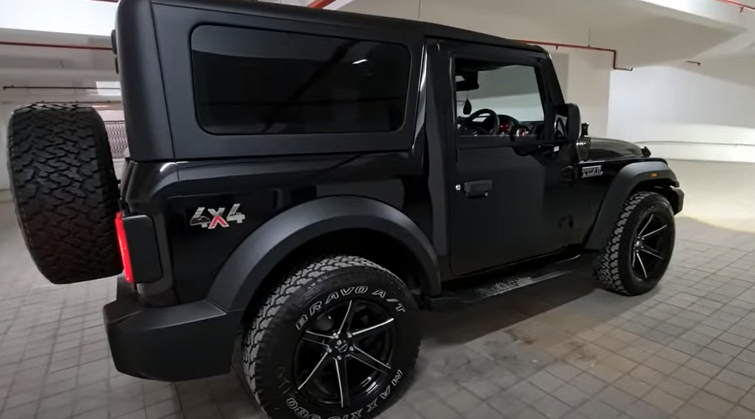 Mahindra’s 150PS 2-litre mStallion turbo petrol engine paired with a 6-speed torque converter automatic. Alternatively, the Mahindra Thar can be in a 130PS 2.2-litre diesel engine. As standard, you get a 6-speed manual gearbox in the Thar.