Mahindra is planning to bring the eXUV300 out on the market and speculations are ripe about this new EV to be longer and bigger than Tata Nexon. 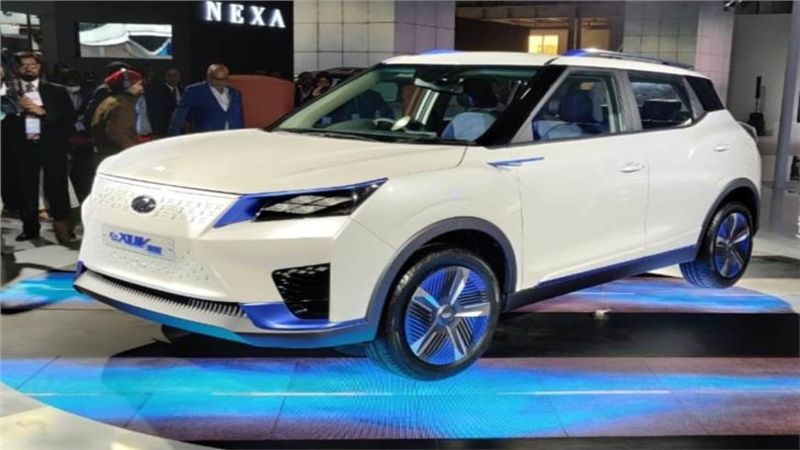 Mahindra has made no secret of its intention to enter the electric vehicle market with a bang by introducing three EV SUVs, but it hasn't revealed much information about them yet. However, the corporation did recently provide us with some exciting news. Mahindra & Mahindra announced the electric version of the XUV300 will be ready in the first quarter of 2023 during a press conference discussing the company's performance for 2021-22.

Rajesh Jejurikan, M&M's Executive Director of Auto and Farm, revealed during an event that the XUV300's electric version will no longer be available in the sub-4m range. It will be 4.2 meters long, similar to the Hyundai Creta, Volkswagen Tiguan, and MG ZS EV, according to him. Meanwhile, the Tata Nexon EV, like its gasoline-powered counterpart, is a sub-four-meter vehicle.

The greater length over the XUV300 is most likely due to a change in the bodywork's rear-end design, with no changes to the 2,600mm wheelbase, as we presently have no reference for the future EV. It's also thought to allow Mahindra to address some of the sub-4m SUV's shortcomings by increasing trunk capacity and improving the overall rear-end design. Another important component of the increased size is that the sub-4-meter tax savings will no longer apply. It will cost more than other larger EV SUVs and will contain additional costs for the electric powertrain, comparable to Nexon's electric vehicle. We estimate a price of around Rs. 20 lakhs (ex-showroom).

The business has not revealed any other information about the SUV's technical characteristics, but it is believed to have a stated range of roughly 450 kilometers and a variety of battery capacities. Aside from that, Mahindra electric SUV test mules have already been observed testing across the country. The XUV400 and XUV900 are two more names for which the business has registered trademarks, with the former possibly serving as the namesake for the eXUV300.

Earlier this month, Mahindra CEO Anand Mahindra teased the upcoming electric SUVs on Twitter, saying, "Bit by bit, we're showing you our future..." The Mahindra Born Electric YouTube account also has the video that Anand Mahindra released online. The video gives us a look inside one of the electric SUV designs that will be unveiled in the coming months. The tweet also implies that we can expect more teaser trailers from the maker in the following days or weeks.

For the three electric SUVs, Mahindra has published another teaser image and video. LED DRLs distinguish each of the three variants. The electric version of the XUV300 is anticipated to have some visual tweaks and appear a lot sharper than the petrol or diesel engine version. LED DRLs in the shape of a C and LED tail lights would be standard on the SUVs. Each SUV has its own set of LED lights.