Maruti Suzuki and Toyota are in the process of developing an all-new electric SUV, code-name YY8 to rival the upcoming Tata Punch EV and will be launched in 2024 according to reports. This is a surprising news, as earlier Maruti executives, had said that the company considers electric cars to not be feasible for India and they will continue focussing on CNG vehicles. 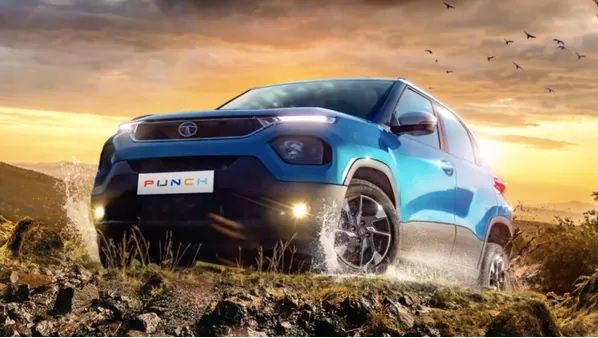 The company may have changed its plans how-ever with its alliance with Toyota, Maruti has an able partner to help it in developing electric vehicles, as Toyota has a lot of expertise in Electric car technology. Thus, they have decided to co-develop this new electric product with Toyota, who will sell it after cross-badging the car with its name.

Maruti Suzuki has been testing an electric version of its Wagon R hatchback for quite a few years and was expected to launch it as its first EV but going by the rising demands of SUVs and the success of the Tata Punch micro-SUV, the company has rightly so replaced the hatchback with a SUV.

Other information regarding the Y88 micro-SUV is scarce but we will continue to update you on it. Though its going to be interesting to see if this new electric SUV will be based on Maruti’s Heartect platform or Toyota’s DNGA platform, the car is expected to get a driving range of around 250kms and will be priced around Rs. 9-10 lakhs. The Y88 will definitely share parts with other Maruti cars to keep the costs down.

Maruti will manufacture the Y88 SUV for both the Indian and the international markets at its Gujarat plant, with both Maruti and the Toyota badged versions being manufactured their as the company aims for ambitious sales mark of 1.5 lakhs cars annually.

Maruti Suzuki and Toyota are also currently developing a mid-size SUV which will rival the Hyundai Creta, Kia Seltos and the MG Astor. It is codenamed the YFG and D22 by Maruti and Toyota respectively. The SUV will be manufactured by Toyota for both the companies and will be based on Toyota’s DNGA platform and have a stronger hybrid system from Toyota.

Since it will be an offering in the highly competitive mid-size SUV segment currently dominated by the Korean siblings Creta and Seltos, the SUV from these Japanese majors will be fully-loaded with tech and other comfort features like sunroof, large touchscreen infotainment with connected car features, 360-degree camera, paddle shifters and many other things.

Toyota on the other hand has launched the all-new Camry sedan and has revealed the Toyota Hilux pick-up for the Indian market. It will also launch the cross-badged versions of the Baleno and Brezza as the 2022 Toyota Glanza and the Toyota Urban Cruiser Hyryder.