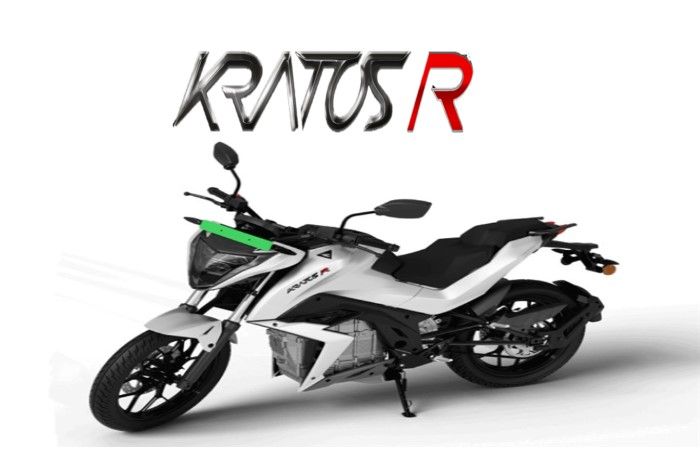 Tork Motors has launched their must awaited Electric bikes the Tork Kratos price Rs. 1.92 lakhs and Tork Kratos R price Rs. 2.07 lakhs (prices ex-showroom, Pune). The company has launched these much-awaited e-bikes with FAME-II subsidies which if taken into effect bring down the costs of both these bikes by Rs. 60,000 and with state subsidies taken into account these bikes will be a whole lot cheaper. We had earlier told you that Tork has renamed its T6X electric bike as Kratos. Tork Motors have launched these bikes with its partner Bharat Forge- a Pune based auto components maker, which currently owns 49% of Tork Motors, a start-up founded in 2009. The added financial investment from Bharat Forge has helped Tork to finally launch its much-delayed bike which was revealed six years ago but faced manufacturing hurdles. The company will now launch the bikes in phases, where phase 1 will see the bikes launched in Hyderabad, Pune, Chennai, New Delhi, Bengaluru and Ahmedabad, while in phase 2 the company will launch the electric bikes in 100 more cities.

The Tork Kratos gets a 4kWh battery pack, which makes 7.5kW of power and 28nm peak torque, while the Tork Kratos R gets the same batteyr pack but makes 9kW power and 38nm peak torque. The Kratos electric bike has a 0-40km/h time of 4sec and a top speed of 100km/h, whereas the Kratos R does the 0-40km/h sprint in just 3.5sec and has a top speed of 105km/h. The electric motorcycles also get digital instrument cluster, three riding modes, reverse mode, LED DRLs, front and rear disc brakes with CBS and re-gen braking. The Kratos R gets additional features like fast charging support (0-80% in 60 mins), free charging network access for 2 years, connected features like geo fencing, ride analytics etc and OTA updates. How-ever both the bikes misses on ABS which considering the prices is a substantial absence from the bikes. The battery pack comes in an IP67 rated, aluminium casing and both the bikes have claimed IDC (Indian Drive Cycle) range of 180 kms while the real-world range is said to be 120kms according to the company. This real-world range is just 15kms less than that of the OLA S1 Pro electric scooter, which shows that the electric bikes are ready to be taken seriously in the EV space.

The Tork Kratos and Tork Kratos R electric motorcycles have an attractive price point and after central and state subsidies the prices come down even further. These e-bikes from Tork Motors and Bharat Forge are real challengers to the market leader in the electric bike space, the Revolt RV400 price Rs. 90,799. The Revolt has 3kW battery pack and lower real-world range and lower top speed than the Kratos and Kratos R. The electric bikes from Tork Motors promised to offer more performance than before but the bikes have the similar numbers as before. The company didn’t differentiate the Kratos and Kratos R in terms of range and even performance figures are nearly the same. The company could have at-least given the more expensive Kratos R better range and bit more performance to entice the buyers, like what OLA did with its S1 and S1 Pro e-scooters. The company may however give the Kratos R better figures via OTA updates in the future but what remains to be seen is if these electric bikes from Bharat Forge and Tork Motors gets good sales figures as the company aims to capture 5-6% of the EV market share by 2025.