BMW X3 facelift 2022 is all geared up, for launch in India on January 20, this month, with the official pre-bookings started by BMW. The pre-bookings of the new X3 could be done from the official BMW website or from your local BMW dealer showrooms. The customers who will pre-book this upcoming BMW SUV will get a gift from the company in terms of the upgraded 20-inch ‘M’ alloy wheels which cost Rs. 2 lakhs, at no extra cost. 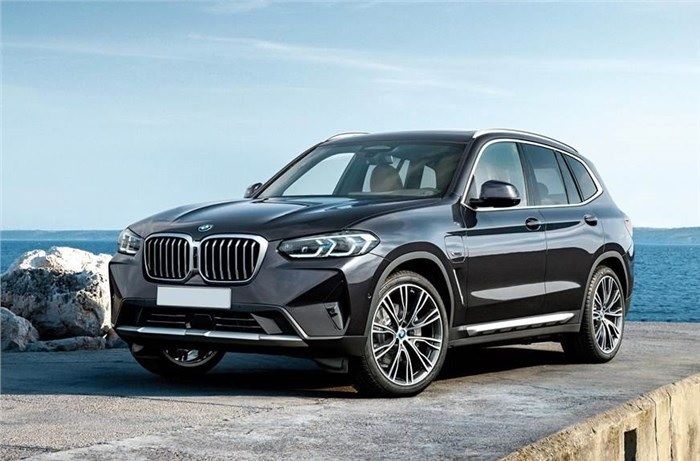 BMW had already launched the facelifted X3 in the international markets in 2021 and the India-spec model is expected to carry most of the updates to the exterior and interior.

In terms of the exterior the changes on the X3 facelift will be subtle but noticeable as it gets a BMW’S larger kidney grille, new design for the fully-adaptive, LED headlights and aggressive front bumper design. From the sides it retains the overall look with addition of aluminium surrounds on the window area, roof rails and new alloy wheels. The rear, also features subtle changes like the prominent, new LED taillights, the re-profiled rear bumper and larger exhausts.

The new BMW X3 is expected to be offered in both the petrol and diesel engine options just like the earlier model. Thus, the 2.0L, turbo-petrol and turbo-diesel engines may continue to be used while paired to BMW’s xDrive system, the famed BMW all-wheel-drive system for use in off-road conditions.

BMW X3 gets advanced driver assist features on its versions abroad but it is to be seen if BMW will offer them on the India-spec cars as well and the company, also offers the X3 as a plug-in hybrid version in international markets but this model may not be launched as of now how-ever the company may look to launch it later on in the Indian market. The X3 luxury SUV also has an all-electric variant known as the BMW iX3 which may also see a launch in the near future.