Mercedes-Benz will launch the new 2022 C-Class sedan in May this year according to sources as the new C-Class was already launched in mid-2021 for the international markets. Mercedes-Benz India held on to its leadership position in the luxury car market last year even-though, globally it lost its top position to BMW for the first time in 6 years. 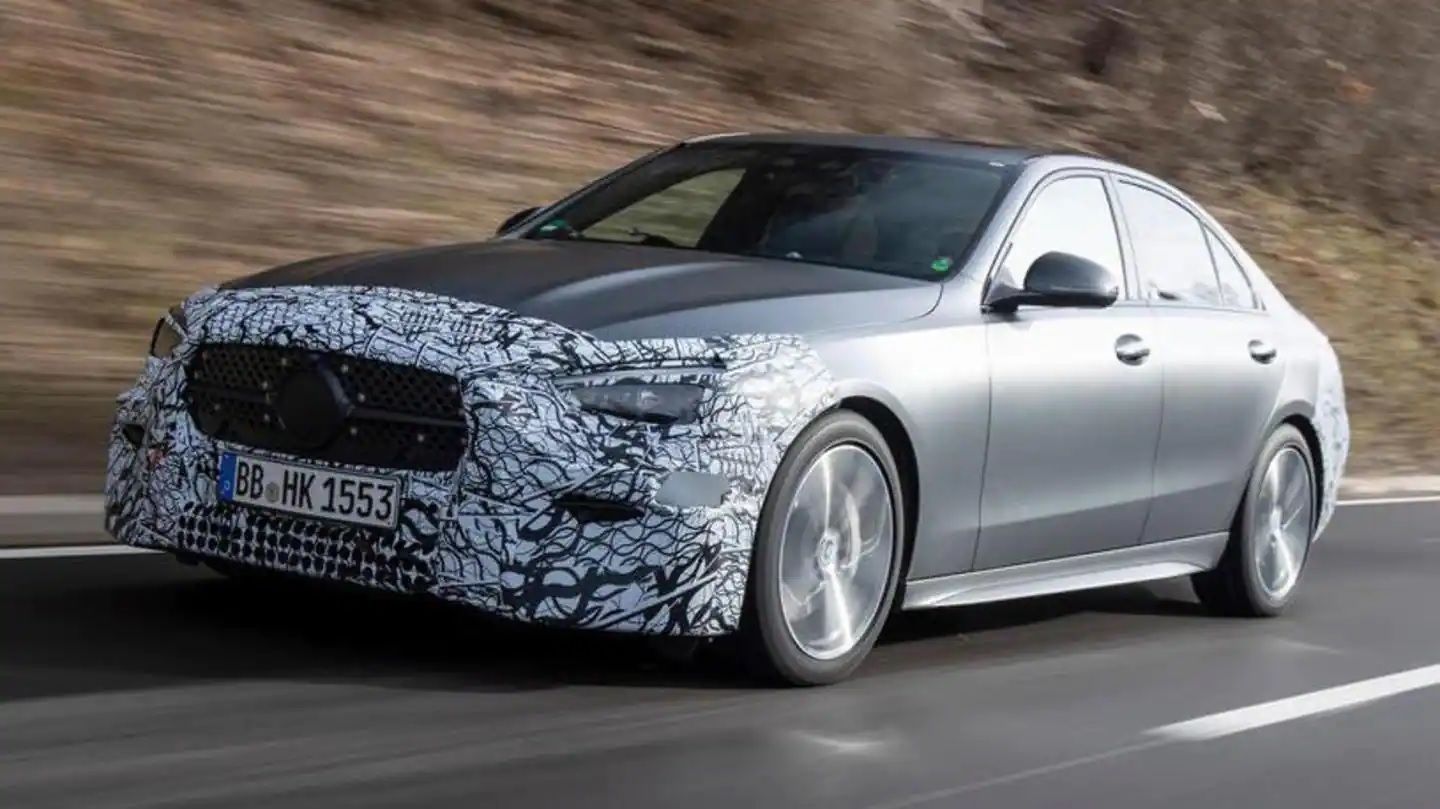 How-ever the company thinks that the new C-Class can help them regain their position, as the car reported a sales figure of 11,242 units in 2021 and now that it is to be launched in the Indian market as a volume driver for the company, it will certainly strengthen Mercedes’s position.

The new-gen 2022 Mercedes C-Class launched last year has been brought in line with the company’s new design language and borrows design cues from the flagship S-Class sedan, in terms of an angular front, shorter overhangs, and new designs for the lights.

The exterior of the C-class remains same albeit some added tweaks to the bonnet, the front and rear bumpers and new alloy wheels. The wheelbase of the new sedan has been increased by 25mm to 2,865mm and the overall length is increased by 65mm, which will result in better leg-room for the rear passengers and an extra 30L of boot space.

The cabin of the new C-Class is borrowed from the S-Class as evident from the overall design. The C Class ditches the horizontal infotainment display for a 10.25-inch, portrait-orientated, central touchscreen which looks like a large tablet and uses Mercedes Benz’s latest MBUX system. The sedan will also get a new digital instrument screen, ambient lighting, touch-sensitive buttons on the steering and a host of other features.

The new Mercedes Benz C-Class gets three powertrain options in the international markets including petrol diesel and electric version for the first time, though which powertrain options reach our Indian shores is yet to be revealed by the company but it may add the mild-hybrid system to the Indian model. The older gen C Class had a 2.0L turbo-petrol and a 2.0L diesel engine making 204hp and 194hp respectively.

The 2022 Mercedes Benz C Class expected price is between Rs. 52-55 lakhs and it will continue to rival the likes of Audi A4, Jaguar XE and the BMW 3 Series.

Mercedes has a host of launches planned for this year with the Maybach S Class and AMG GT Black Series the confirmed cars coming to the Indian market in 2022.

The company had earlier announced that the new 2022 Maybach S Class will be locally assembled in its Pune factory while it has just revealed that the AMG GT Black Series will be a limited number of cars for Indian which have already been sold out. Both these cars are totally different in terms of their style and positioning as the Maybach S Class is known for its sheer opulence and luxury while the AMG GT Black has the most powerful AMG V8 ever fitted to a series production car for that ultimate performance and speed.